What strikes me most about Kim James' place in the discourses around art, creativity and consciousness is his unrelenting philosophical materialism.

Of course this is not simply a question of seeing mind and consciousness as part of the material and social world – themes referenced in the approach to problem solving and social organisation that he (and Carole) developed in the latter part of his life – but is rather more deeply rooted in his earlier practice. 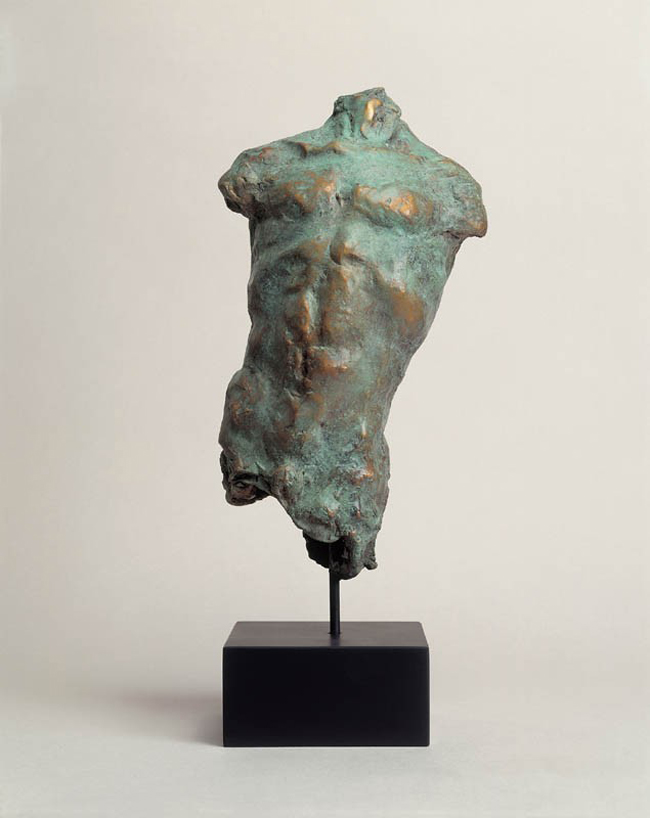 Sculpture is that most material of artistic practices. This lies partly in the physical nature of the activity in which an idea has to acquire a material form through a particularly physical labour process. but more so in its defining social practice in which a sculptor has to both find and define an audience and find a way of communicating with that audience.  But because sculpture is public art, there has to exist, or be created, a common language, a social consciousness that can make meaning and sense of the activity and its product.

Engels, Marx, and the creative process

Marxism brings to the discussion about the language of creativity a special concern with the labour process. Frederick Engels (who Kim thought among the most ‘contemporary’ of the great marxists)  made labour the link between the  human hand and the brain. He wrote:

Labour is the source of all wealth, the political economists assert. And it really is the source — next to nature, which supplies it with the material that it converts into wealth. But it is even infinitely more than this. It is the prime basic condition for all human existence, and this to such an extent that, in a sense, we have to say that labour created man himself.

Since Engels wrote this, science has given us further insights into the evolution of human beings, their links of continuity and departures from our ancestors.

Perhaps insufficient attention has been paid to evolutionary theory in developing a marxist theory of culture. We are accustomed to an explanation of human development that takes into account the growth spurt associated with unlocking of greater nutrition from the natural world of plants and animals that the use of tools brought about. We have accommodated the idea that tool use and the development of language hastened the evolution of human beings and of human society.

What remains substantially untheorised are the processes that make the connections between the sphere of social labour and the creative impulse – necessarily located in the individual consciousness –  and which drives men and women to make art. The function of collective labour as the foundation of culture – itself the social expression of the creative relationship between hand and brain in the development of personality – must lie at the centre of a marxist theory of creativity.

It is here we see how the capitalist phase in the development of human society only partially provides the material basis of full creativity – for wherever the labour of men and women are alienated from the product of their labour they remain – to that extent –  unfree. 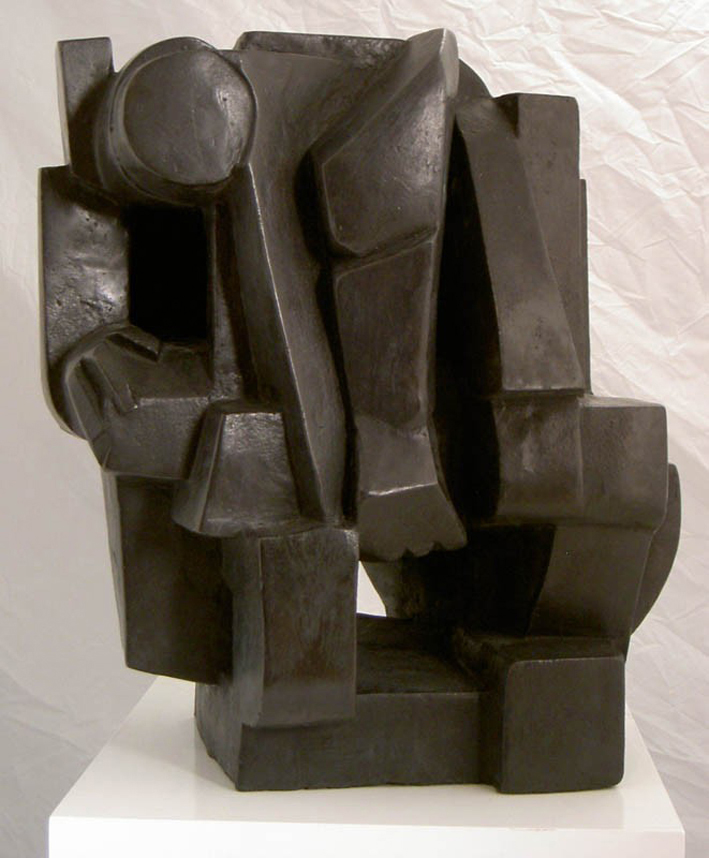 Firstly, the limits reached in his own practice. The work is particularly rich in its references to the meshing of English sensibilities and continental style. Working in a postwar world Kim's work – with its conscious modernism, its exaltation of the material (seen here in this church), of the metal and finish and its hat tip to Vorticism, echoes themes half-abandoned in the interwar years. But Kim's unrelenting realism, not least in his own self-critical stance in regard to his own work, inevitably raised the question of where he was to to go.

In his work there is a refusal to accept the irreconcilability of the modernist impulse with the theoretical certainties of realism. In this his work really does provide a resolution of the dialectical clash that brought the Communist Party artists’ group to a halt in the mid 50s.

Secondly, the developing crisis in art education. There are more than a few art school veterans of the sixties and seventies here. After all these years I cannot claim any specially representative status for those times but I am prepared to speculate that a spirit as rebellious and critical as Kim's would not have fitted very well into the increasingly market-managed model of art education as it has subsequently developed.

Thirdly, a sense that aesthetics, indeed cultural practice as a whole – making art – provides only a necessarily partial, incomplete encounter with reality. And that science – the realms of rational discourse – are a necessary complement and gateway to a fuller understanding of the world.

Hanging on the end wall of Carole and Kim's house is a painting gifted by Peter de Francia – arguably the most distinguished realist painter of our times and our land. Jeff Sawtell, himself a key student leader at the RCA in those years, reminds us that the hidden hand of conformity, bureaucracy and convention tried to sack Peter de Francia as professor of painting, but were defeated by students and staff united in rebellion and resistance. This was neither the least nor the last of the conflicts, which in the world of art and culture express the profound class contradictions which continue to shake our world and underpins its present crisis.

Kim and the CPGB artists' group

The period in which Kim James matured as an artist was marked by a particularly intense debate around the social meaning of art. Kim became an active figure in the cultural politics of the Communist Party in the complex period following the end of the Second World War, when the great promise opened up by the Labour election triumph gave way to Britain's abject subordination to US global domination and imperialist war. Also, the Cold War began to reshape British cultural life according to the priorities ordered by the transatlantic alliance, and the retreat into abstraction and formalism. 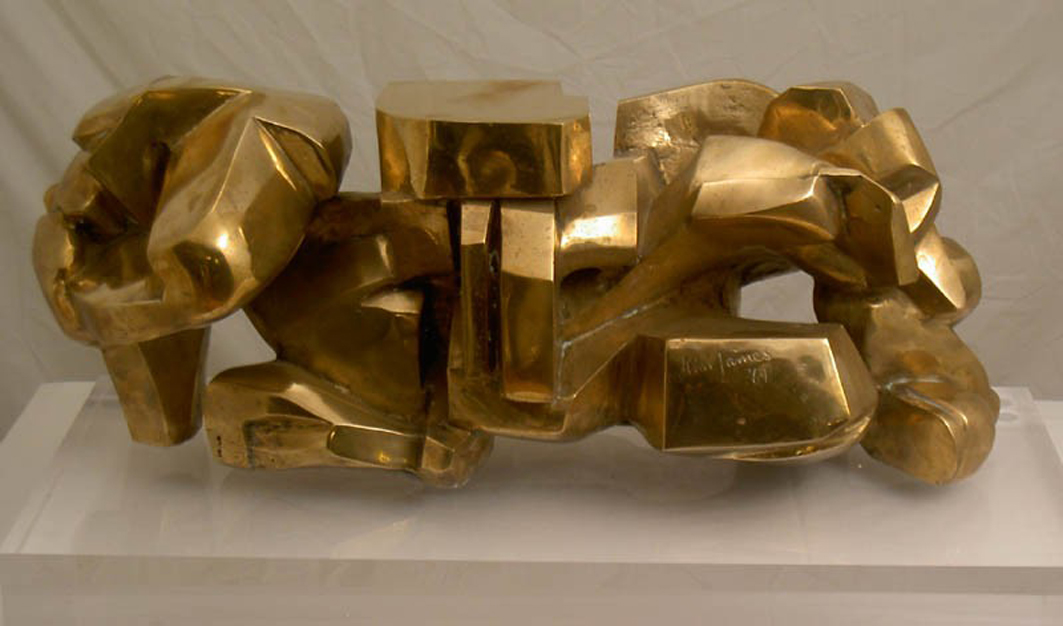 By that time Kim had made up his mind. He had joined the Young Communist League in 1942 and the party in 1949. His life connects that heroic generation that confronted and defeated fascism and renewed the construction of socialism as lived practice.

It was very interesting to work with Kim on the archive materials that recorded the existence of the Communist Party artists’ group, its minutes and memoranda, and turned the pages of its magazine Realism. He was a member of the Party's cultural committee in the fifties, active across the intellectual and geographical frontiers of Europe and something of a cosmopolitan.

By this I do not mean to imply anything that suggests superficiality or dilettantism. Gifted in languages and at ease in this world, Kim acquired a range of political responsibilities, some of which even today continue to be covered by the cloak of clandestinity. He combined an unshakeable loyalty to  communist principles, to the Soviet Union – or rather to socialism as it existed in the real world – and to the disciplines, collective and individual, of revolutionary practice with an open-minded approach to questions of style, content and form.

He combined this with a clear-eyed understanding of human frailty, the inadequacies and the conceits of the creative intelligentsia – both those within the progressive camp and those without and, of course, a measure of common sense and realism about the compromises and concessions that are inevitable in any grand project.

In this we can see the rock on which his unflinching radicalism was grounded. 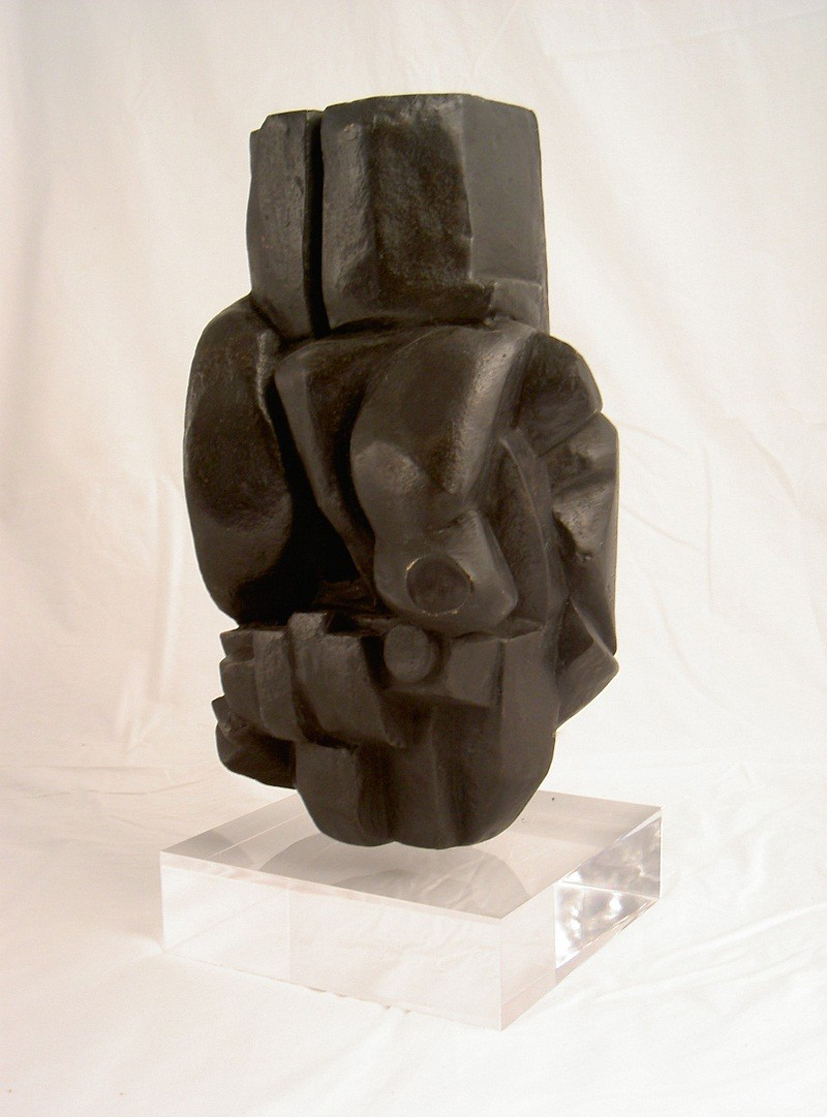 Nick Wright is an editor at Manifesto Press, blogs at 21centurymanifesto and is responsible for the Communist Party’s media work.