Mike Quille reviews an exhibition of photographs of the shipbuilding industry on Tyneside.

In honour of the shipyard workers of Tyneside, Chris Killip recently gave a set of over 30 stunning, monochrome images to the Laing Gallery in Newcastle upon Tyne.

The Last Ships exhibition of photographs, taken by Killip over just three years, captures the awe-inspiring scale and beauty of the shipbuilding industry on Tyneside in the nineteen seventies. It documents the resilience but also the desolation of working-class communities, destroyed along with the industry by capitalist economic forces and government policy. 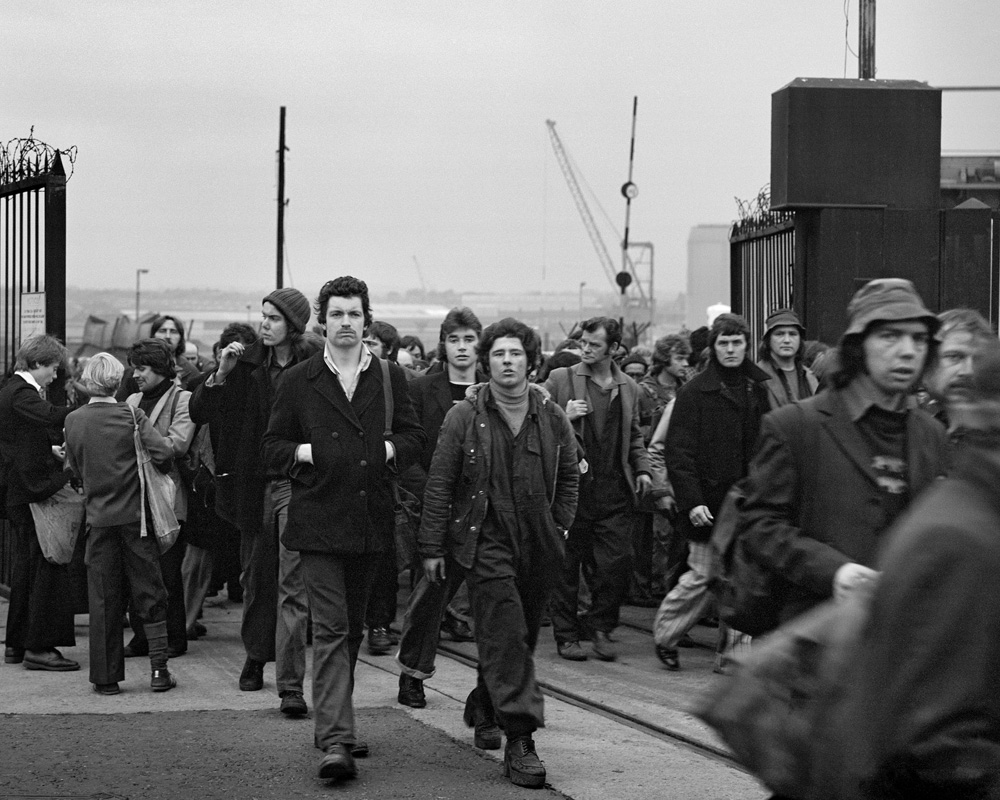 The large exhibition prints, with their striking, powerful images, dominate the walls of the gallery. The massive, sleek black hulls of tankers like the Tyne Pride, the biggest and also one of the last ships to be built on the Tyne, loom over the regular terraced streets where their builders lived. Children stand in doorways, dwarfed visually and protected economically by the vast bulk of newly-built ships. The confident, energetic geometry of angular industrial cranes seem to balance and guarantee the everyday, regular domesticity of workers’ houses. Those workers stream out of the shipyards, and their children play in the streets. 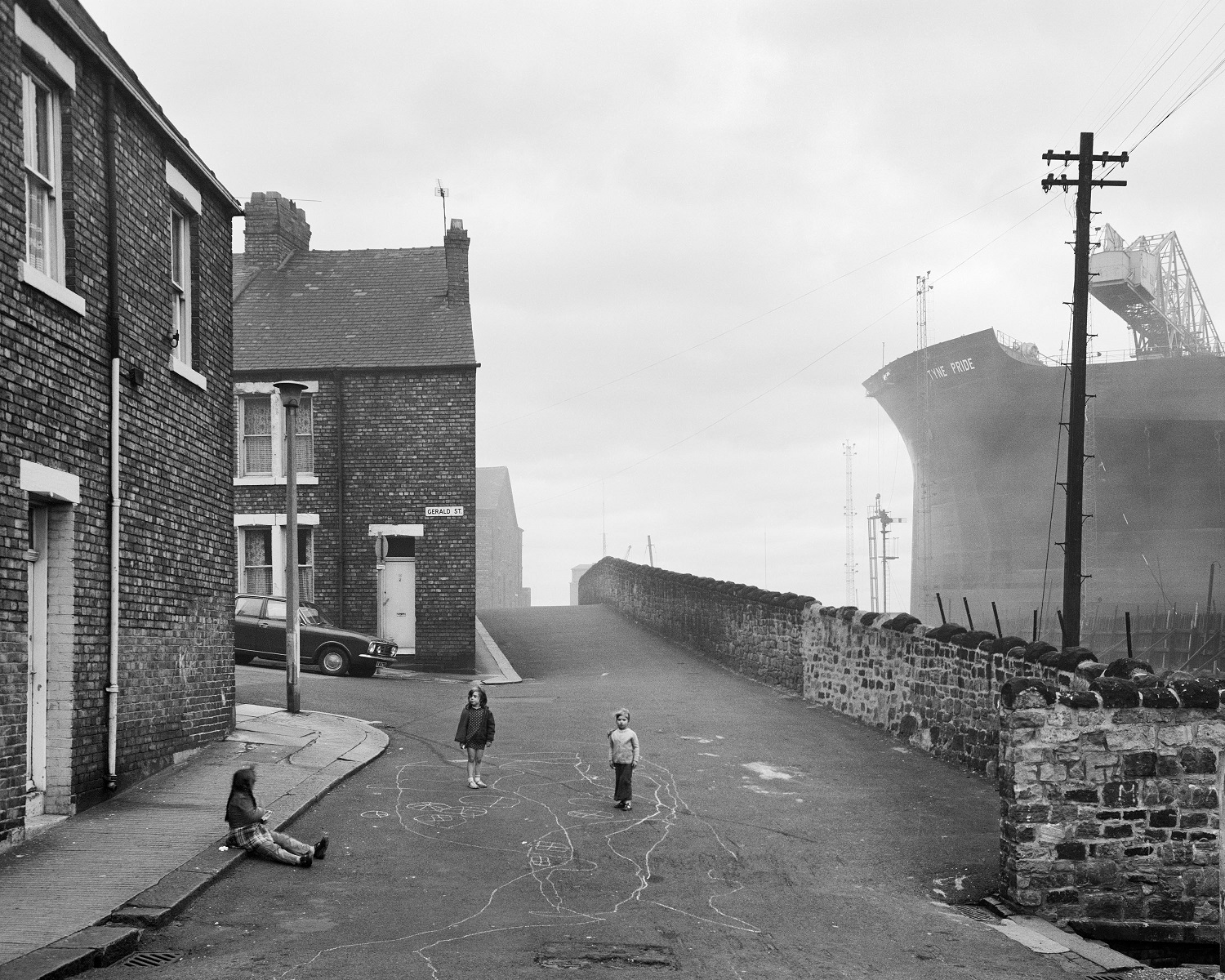 Then suddenly, the industry and the community are destroyed. In the above photograph, Wallsend Housing Looking East (1975), Tyne Pride towers over a group of young girls playing at the end of Gerald Street. The photograph below, taken just two years later, Demolished Housing, Wallsend (1977) shows the same street demolished. There are no large ships being built on the Tyne, no children playing in the streets – and no workers streaming out of shipyard gates. A few walls remain standing forlornly amidst the rubble, with spray-painted graffiti on them reading ‘DON’T VOTE. PREPARE FOR REVOLUTION’ 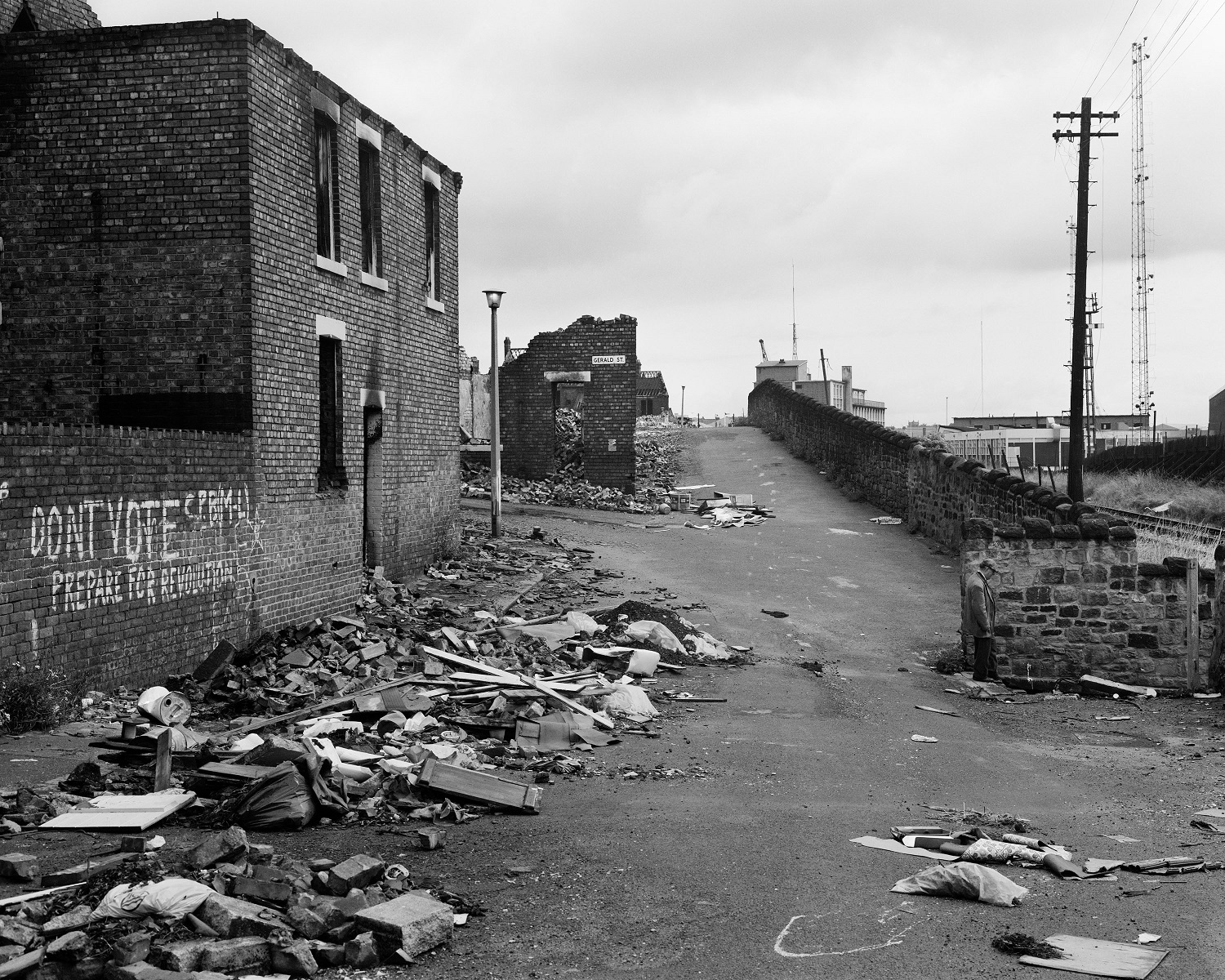 The exhibition is a fitting and just memorial to the lives, energy and strength of Tyneside workers – but it is also much more than that. Killip’s photographs document the productive force of capitalism, the monumental achievements of heavy industry and the close-knit proletarian communities created alongside it. And he also caught the bleak desolation resulting from de-industrialisation, from the sudden, brutal withdrawal of capital, and the historic – and ongoing – economic and social murder visited on Tyneside working-class communities by the rich and the powerful.

The exhibition thus sums up, in a particularly graphic and visually arresting way, a process which has affected most of the British population in one way or another for the last 50 years. It helps explain why so many people voted against the out-of-touch ruling elites of Westminster and Brussels, causing their current political chaos. Is it any wonder that our trust in them disappeared along with the industry, the jobs and the communities they destroyed?

Perhaps, then, we should vote AND prepare for revolution?

All photographs are © Chris Killip. The Last Ships is on at the Laing Gallery, Newcastle, until May 2020. It is free of charge.