Nicholas is a social realist artist whose work has been exhibited throughout the UK.

Nicholas Baldion discusses art, portraiture and the Covid-19 crisis, illustrated by some of his portraits of NHS workers. The painting above is of Karl, who works for the NHS in Oxford, and it's by Tim Benson

In the ancient Roman Republic, there were laws preventing anyone but the patrician class from having their portrait made. This is because the ruling class of antiquity understood well the power of art, and they wished to prevent this tool from falling into the hands of the plebeian masses. 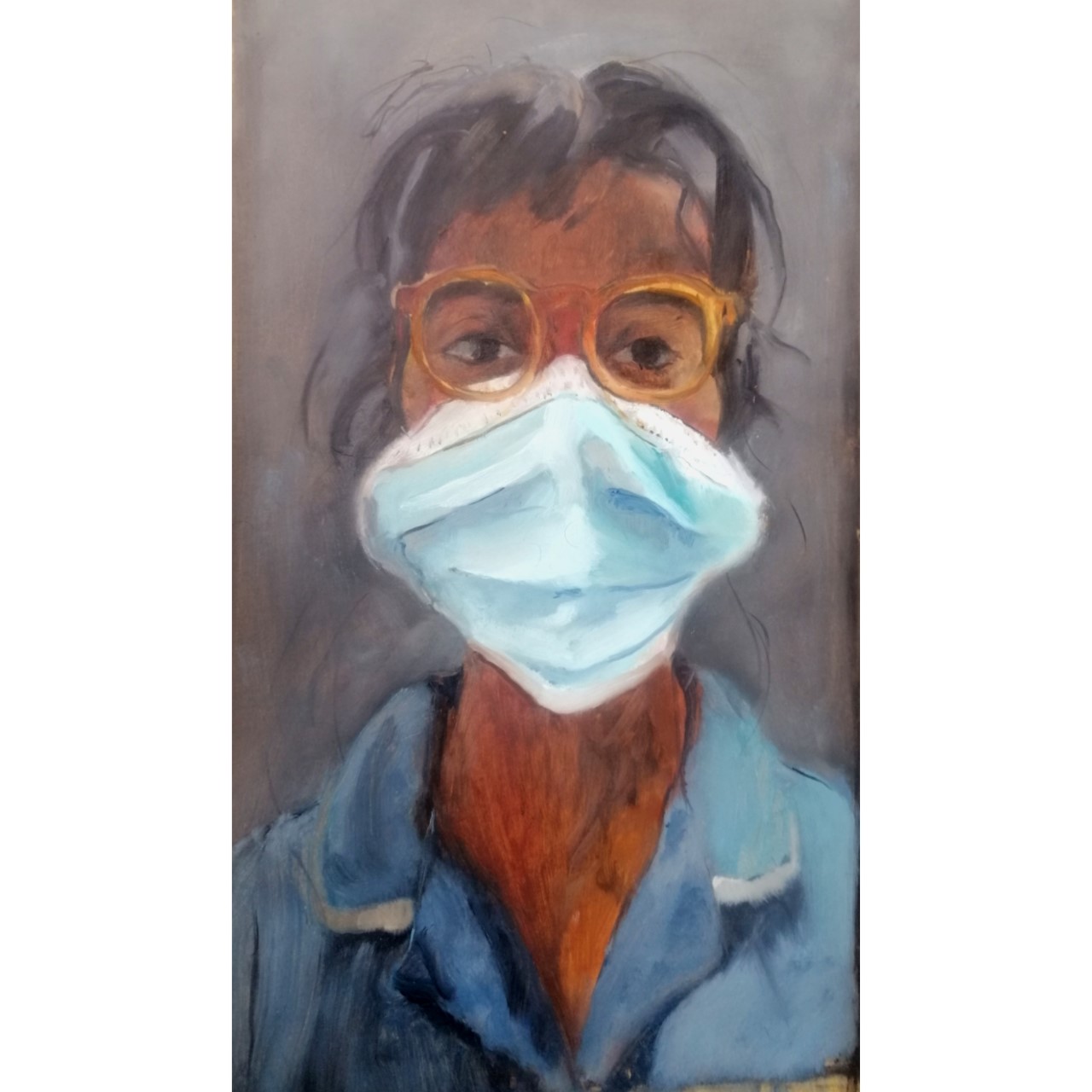 Today, art - and portraiture in particular - is available to anyone who can afford to pay.

That is until the coronavirus turned everything on its head. All layers in society, especially the artist, have been forced to re-evaluate how they understand the world. The idea that ‘we are all middle-class now’ - an idea that every class-conscious worker knew to be a fallacy, but which had been prevalent amongst certain layers of society - has been utterly destroyed. 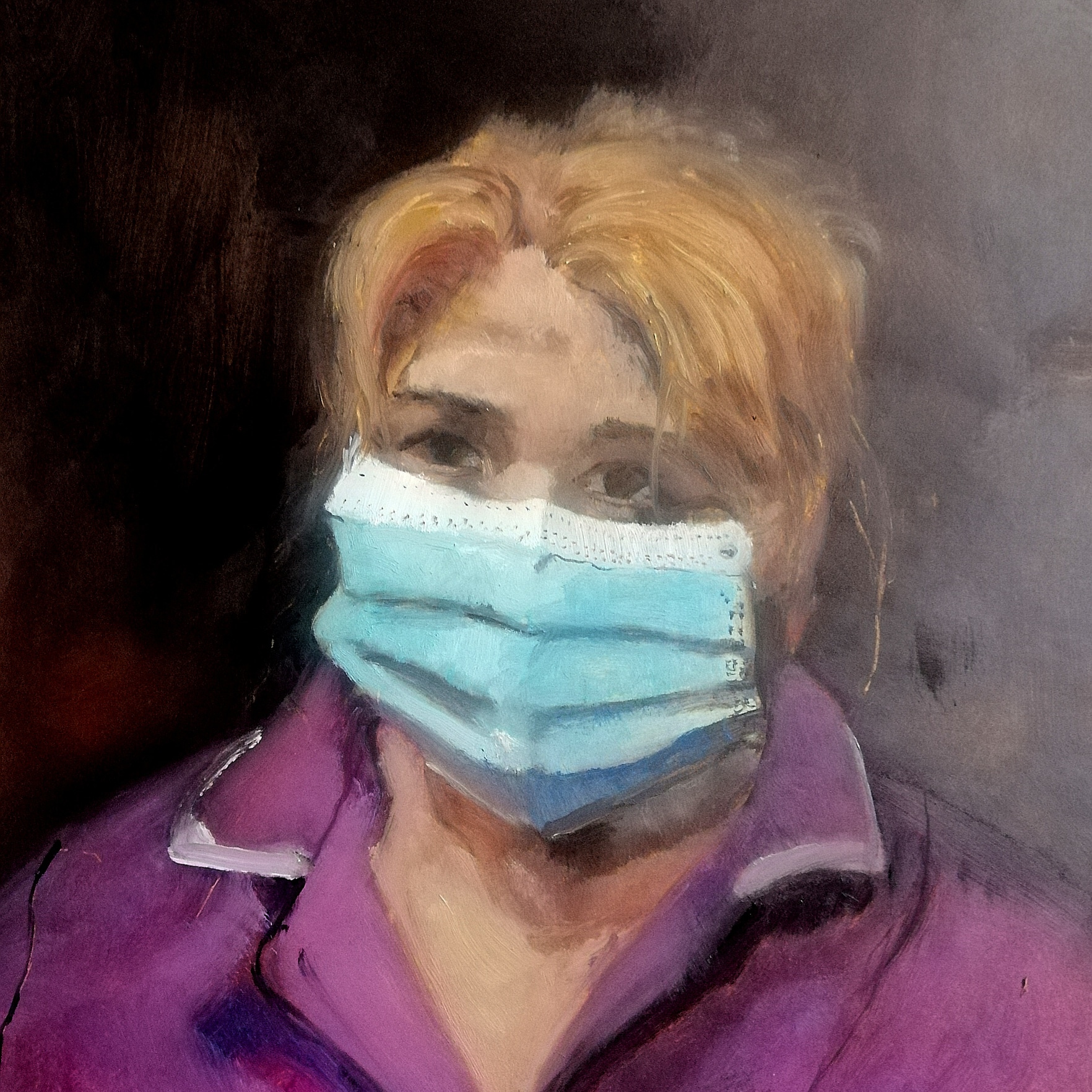 The working class is now visible for even the most thick-skulled to see. The category of ‘key worker’ reveals to all that the lowest paid and least respected - the supermarket workers, the delivery drivers, the transport workers, the cleaners, the nurses, and healthcare-workers - are the ones that society cannot do without.

It is often noted that art provides a mirror to the mood in society. It is no surprise then that the popular outpouring of support for the NHS - seen until recently every Thursday with the ‘clap for the NHS’ events - should be reflected by the art world. 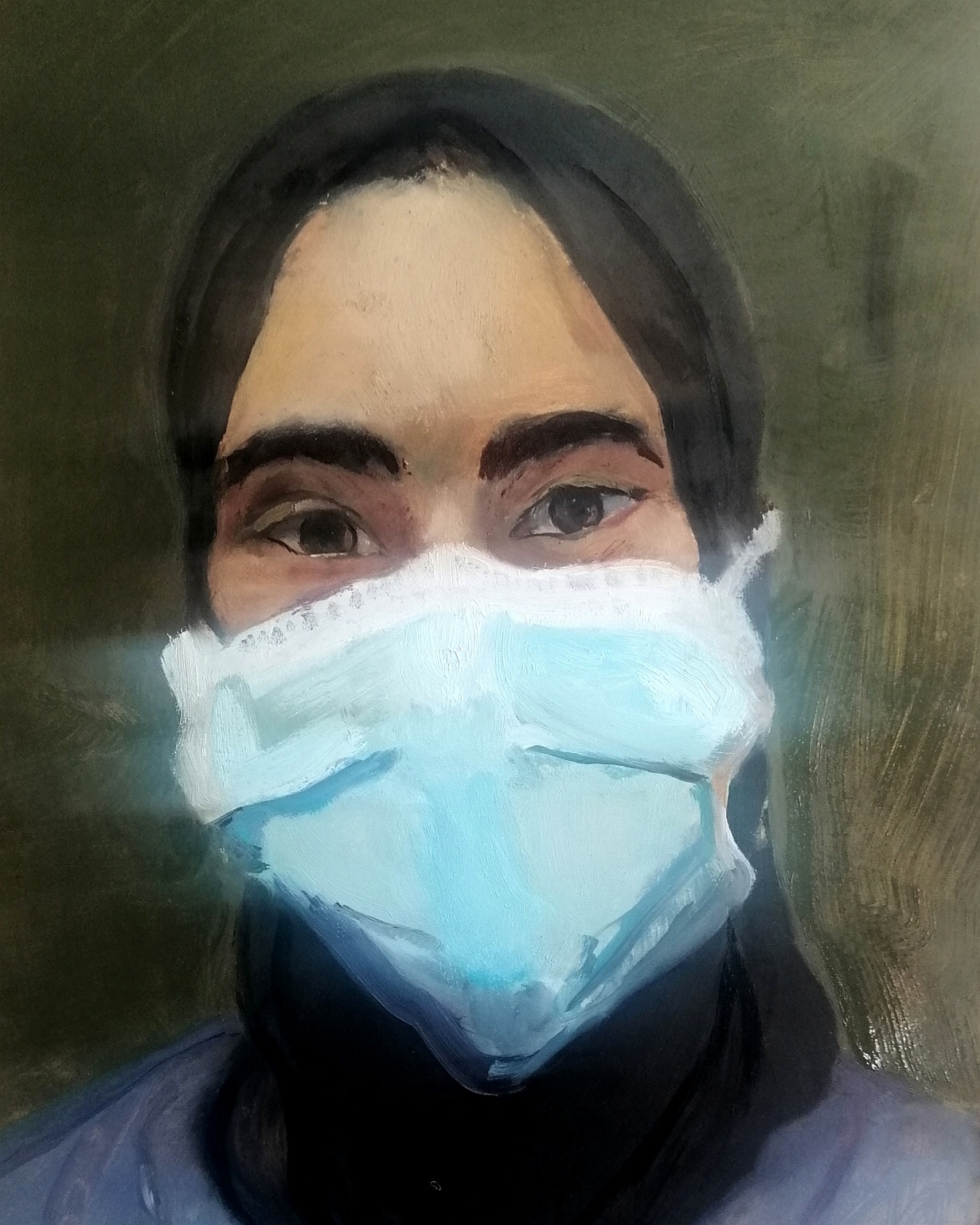 Artists who would normally paint the portraits of paying clients are turning their talents towards healthcare workers. From the big names in the oil painting world, to the emerging artist and amateur painters, hundreds of NHS workers have been matched to artists and have had their portraits painted.

It is important to recognise the genuine nature of this mood. The claps and cheers for the NHS come loudest from working-class neighbourhoods and estates up and down the country. Likewise, the hundreds of artists participating do it because of a genuine admiration: they rightly understand that these workers are the ones that society should be honouring.

At the same time, we must highlight the hypocrisy of the capitalist media and Tory politicians who clap and sing praises for NHS and frontline workers. These same workers are dying preventable deaths, precisely due to the policies and failures of this government. 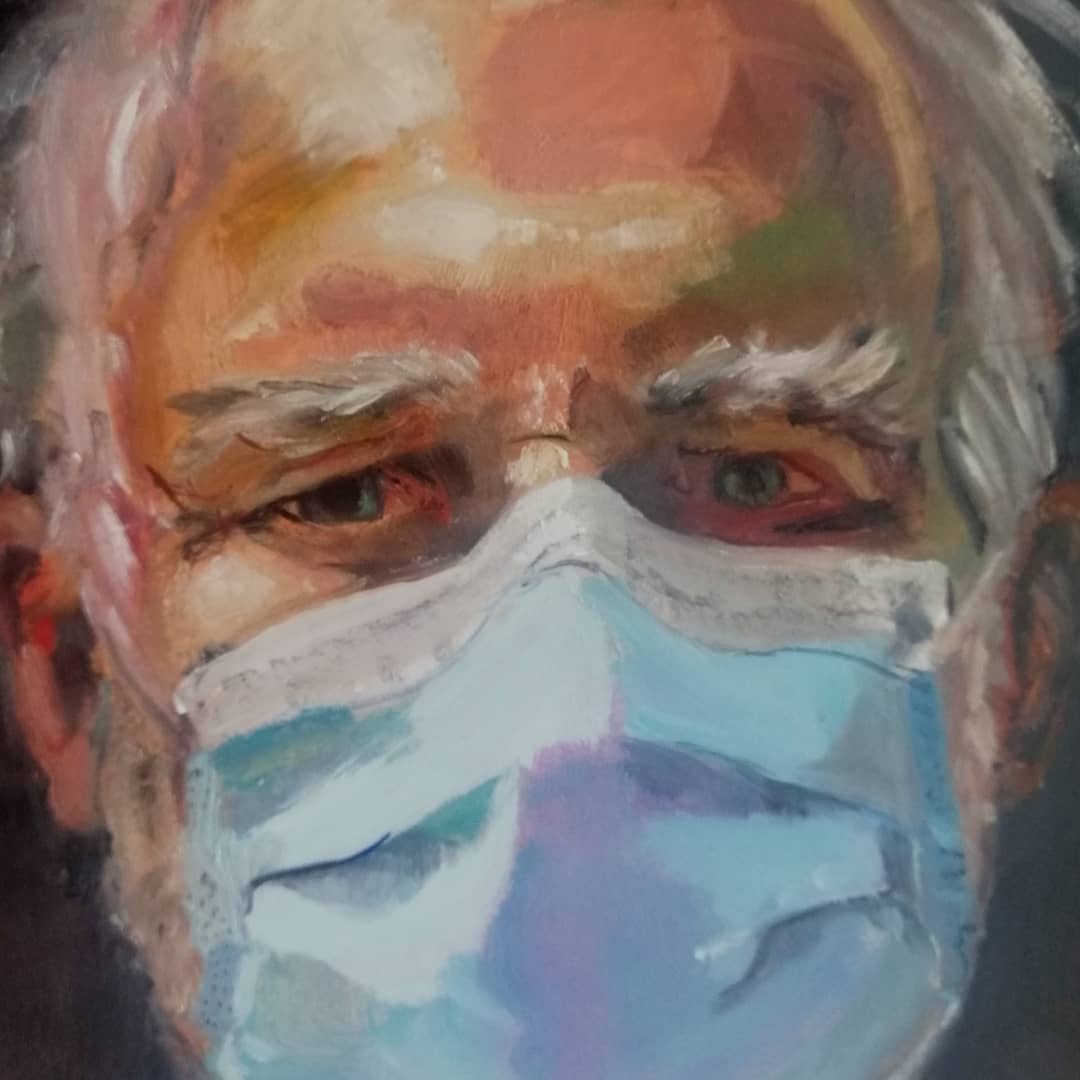 These workers are forced to work in unsafe conditions. They are gagged from talking out about the lack of adequate PPE. And they are often paid poverty wages. Their lives are being sacrificed needlessly.

Some of the health care workers I have spoken to have told me that they had been threatened with the sack for making political posts on social media, or for speaking out about inadequate PPE. Indeed, even Labour MP Nadia Whittome - who returned to work as a carer - was sacked from her zero-hours contract job after speaking out about the lack of PPE. 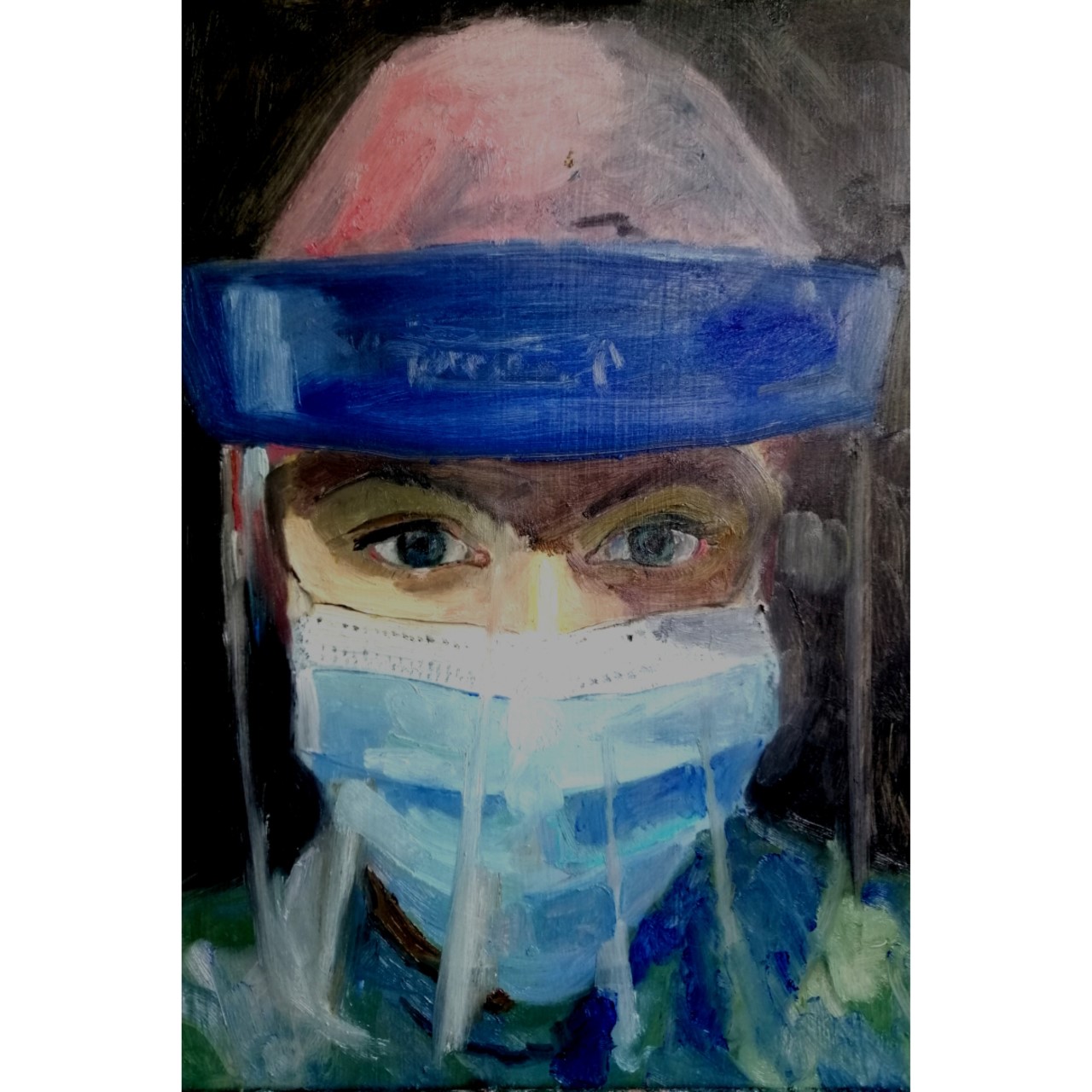 Consider the case of the cleaner working for private contractor ISS at Queen Elizabeth’s hospital in Woolworth, who was suspended and who faces the sack for requesting PPE. Think also of the nurses at Northwick Park Hospital in Harrow, who were forced to use bin bags as makeshift PPE equipment, and who all subsequently contracted coronavirus. And think of bus driver Emeka Nyack Ihenacho, who died after contracting Covid-19. He was at risk due to his asthma. Yet he was told he had to go into work or face a pay cut, despite there not being safety measures in place .

The poor are dying at a faster rate than the rich. There are 55 dead for every 100,000 in the poorest neighbourhoods, compared to 25 dead per 100,000 in wealthy neighbourhoods. The deaths - and the inequality in the death rate - are only likely to increase as lockdown measures are lifted prematurely, with more lives sacrificed on the altar of profit.

To my fellow artists, now is the time to stand with our brothers and sisters working for the health service, and with all key workers working in unsafe conditions. 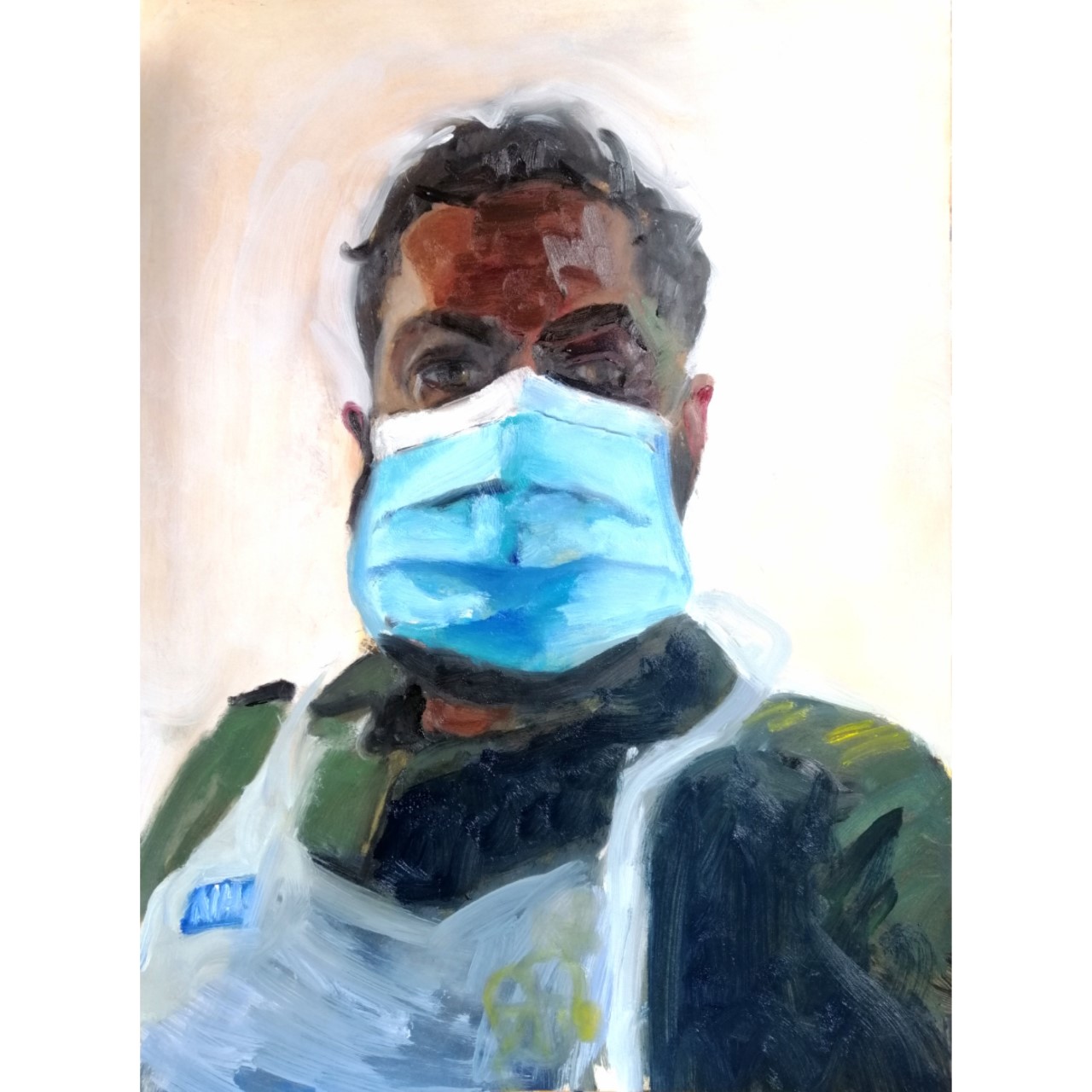 To demand a fully-funded training programme for doctors, nurses, paramedics, and medical staff, with decent pay and hours to increase staffing levels across the board. To demand that all the auxiliary staff, cleaners, and porters are taken back in-house, and that we put an end to the poverty wages that they have been suffering for so long. To demand that the private profiteers who have been milking our NHS are driven out. To demand that we have a fully-funded and fully public NHS, run under workers’ control and management. 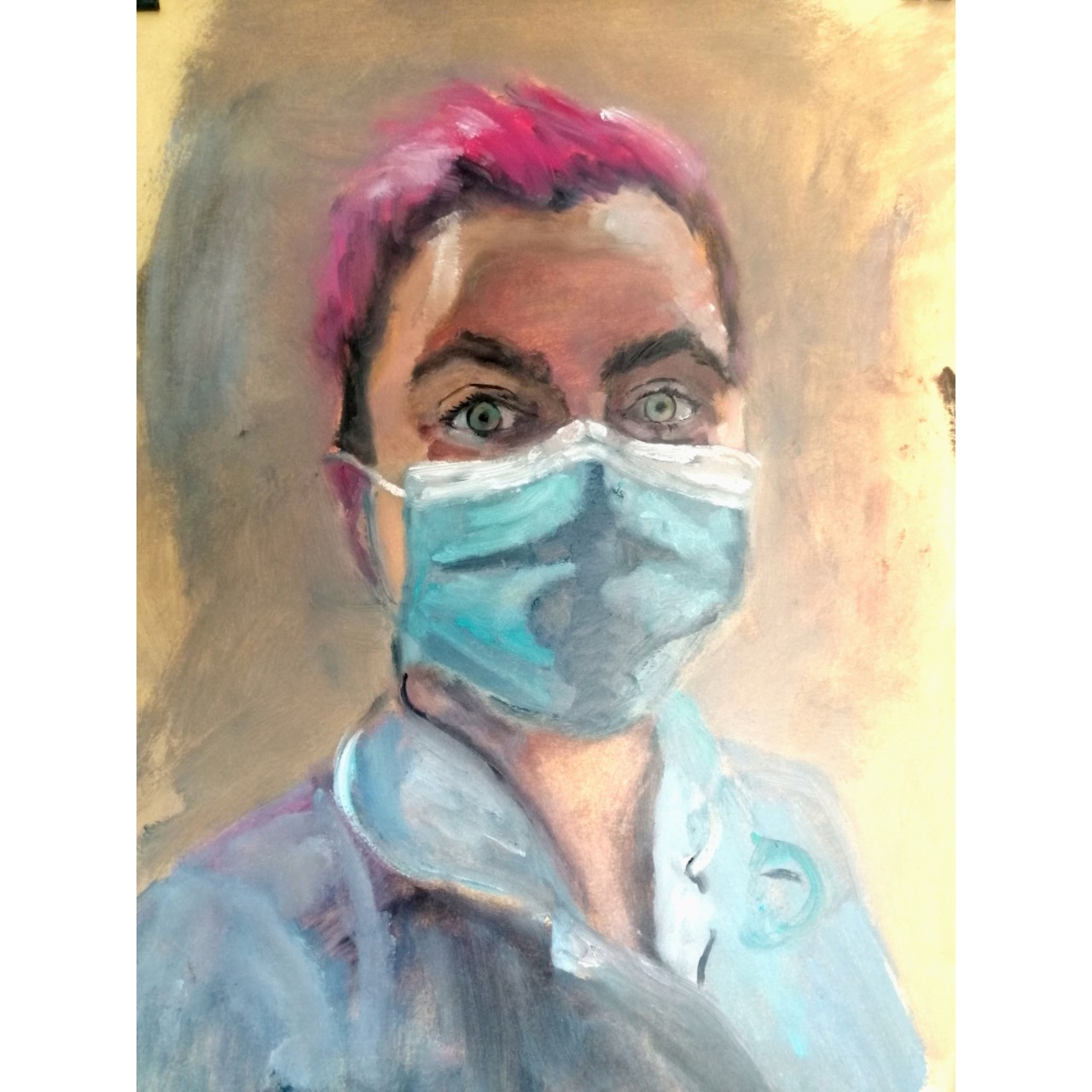 Artists: now is not the time for cutesy portraits of smiling NHS workers that conform to the Tory narrative. These are a just pat on the head for NHS workers, whilst they remain silenced. Now is the time to take up the mantle of the great artist and communist Pablo Picasso, who famously said:

What do you think an artist is? An imbecile who only has eyes, if he is a painter, or ears if he is a musician, or a lyre in every chamber of his heart if he is a poet, or even, if he is a boxer, just his muscles? Far from it: at the same time he is also a political being, constantly aware of the heartbreaking, passionate, or delightful things that happen in the world, shaping himself completely in their image. How could it be possible to feel no interest in other people, and with a cool indifference to detach yourself from the very life which they bring to you so abundantly? No, painting is not done to decorate apartments. It is an instrument of war.

For more images, see here and here. There is also a virtual exhibition of portraits of NHS workers here.

Nicholas’ own series of portraits of NHS workers - 'Safety not sacrifice' - can be seen on his instagram: Baldion