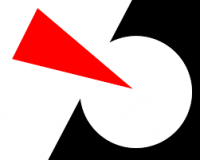 arise! is a poem by Paul Summers, published to celebrate the rich history and traditions of the Durham Miners’ Gala and the resurgent spirit of socialism in the Labour Party under Jeremy Corbyn.

It's wonderful to see the proud history of the Durham Miners' Gala represented in this powerful poem. Paul Summers has managed to capture the spirit of the Miners' Gala and its central place in our movement's mission to achieve 'victory for the many, and not the few'  - Jeremy Corbyn, leader of the Labour Party.

We want to make a film-poem of arise! for the labour movement, and we need to raise a minimum of £1500 to make a dvd. If you can you make a donation, go here.

For stay-at-home writers, poets and artists, we have no less than three callouts running at the moment. 1. The Bread and Roses Poetry Award 2020, supported by Unite (see Poetry section). 2. Working People's Stories in Contemporary Ireland, supported by Irish trade unions (follow-up to Children of the Nation, see Fiction section) and 3. A Culture Matters/Riptide anthology on the climate crisis and capitalism (see Poetry section).

Winners of the Bread and Roses Songwriting and Spoken Word Award, sponsored by the CWU and the Musicians' Union, can be heard in the Music section.

A year ago as Labour sought to recover from the May General Election defeat, halls were starting to fill up for Jeremy Corbyn’s leadership campaign rallies. But even as the halls got bigger and the queues round the block longer, few would ever imagined that this would result in the Left for once being on the winning side. The overwhelming majority of Labour MPs never accepted the vote. They bided their time, and chose the moment for their coup in a way to cause maximum damage. Richard Seymour’s Corbyn: The Strange Rebirth of Radical Politics is to date both the best, and the definitive, account of what Corbyn’s victory the first time round meant. One year on, it is the essential summer 2016 read.

But as Corbyn would be the first to admit, his victory will never amount to much unless he can refashion what Labour also means. A Better Politics by Danny Dorling is a neat combination of catchy ideas and practical policies towards a more equal society that benefits all. Of course the principal barrier to equality remains class. In her new book Respectable, Lynsey Hanley provides an explanation of modern class relations that effortlessly mixes the personal and the political. If this sounds easier written than done, then George Monbiot’s epic How Did We Get Into This Mess? serves to remind us of the scale of the economic and environmental crisis we are up against.

Labour’s existential crisis is rooted in competing models of party democracy, and how this should shape a party as a social movement for change. An exploration of what a left populist mass party might look like and the problems it will encounter is provided in Podemos: In the Name of the People, a highly original set of conversations between theorist Chantal Mouffe and Íñigo Errejón, political secretary of Podemos. And it's introduced by Owen Jones - what a line-up!

One of the more positive aspects of Labour’s crisis should be pluralism, and a rejecion of simplistic binary oppositions such as Corbynista vs Blairite. To begin with, all engaged in the Labour debate should read the free-to-download book Labour’s Identity Crisis: England and the Politics of Patriotism, edited by Tristram Hunt. There is much here on an issue vital post-Brexit, yet scarcely acknowledged as important by most on both ‘sides’. One criticism though - why no contributors from the Left side, such as Billy Bragg, Gary Younge, or the young black Labour MP Kate Osamor?

Taking a tour round Britain to portray the state of the nation(s) is fairly familiar territory for writers on Britishness but Island Story by JD Taylor stands out, thanks to a the author’s sense purpose, tenacious imagination - and a bicycle. It also avoids the common tendency in attempts to produce a settled national narrative of  producing a bastardised version of English nationalism, combining the isolationist and the racist to produce a toxic mix. As a shortish polemic The Ministry of Nostalgia from Owen Hatherley is also more of a demolition than a deconstruction of the rewriting of our history that flows from this naionalism, and all the better for it.

Anglo-populism is mired in the issue of immigration as a mask for its racism. Angry White People by Hsiao-Hung Pai encounters the extremities of this - the far Right, whose politics of hate have a nasty habit of not being as far away as many of us would like. In the USA, the brutal institutionalised racism of its police force has sparked a mass movement which is reported with much insight by Keeanga-Yamahtta Taylor’s in her From #BlackLivesMatter to Black Liberation, another essential read if a similar popular anti-racism is going to emerge on this side of the Atlantic sometime soon. Of course #BlackLivesMatter didn’t emerge in a political vacuum, it connected movements that date back to the 1950s and 1960s. These connections are expertly made by one of the key Black political figures of both then and now, Angela Davis, whose new book Freedom is a Constant Struggle is an absolutely inspiring read.

Do the deepening fractures around race spell a new era of uprisings? Quite possibly, though their political trajectory and outcomes remain uncertain. Joshua Clover comes down firmly on the side of the optimistic reading in his new book Riot.Strike.Riot, while most wouldn’t be so sure. A handy companion volume would be Strike Art by Yates McKee which helpfully explains the protest culture created via the Occupy movement. However, doubt remains whether such moments, direct action or insurrection, can generate a positive impact beyond their own milieu or locality. Shooting Hipsters is a much-needed up-to-date account of, and practical guide to, how acts of dissent can break through into and beyond the mainstream media. And for the dark side? Mara Einstein’s Black Ops Advertising, which details the many ways in which corporate PR operations have sought to colonise social media.

We can be inspired by history to carve out a better future from the present. A Full Life by Tom Keough and Paul Buhle uses a comic strip to illustrate the life, times and ideals of Irish rebel James Connolly. Alternatively, enjoy the extraordinary range of writing from the Spanish Civil War compiled by Pete Ayrton in No Pasaran! And Owen Hatherley’s carefully crafted The Chaplin Machine provides an insight into the aesthetic of revolution that was abroad at the time in the immediate aftermath of the 1917 Russian Revolution, on a scale never seen before or since.

It is also a period that is recorded with considerable skill by the twice-yearly journal Twentieth Century Communism - the latest edition providing the usual thematic range, including Trotsky’s bid to live in 1930s Britain, and an outline of the basis for a cosmopolitan anti-imperialism. Of course there are plenty who would seek to bury all of this. David Aaronovitch comes to the last rites with his brilliantly written if flawed Party Animals. An entirely different perspective is provided by the hugely impressive Jodi Dean and her latest book Crowds and Party, an impassioned account of modern protest movements as the enduring case for a mass party of social and political change. Sounds familiar, trite even? Not the way Jodi argues it, mixing an acute sense of history with a vision of the future.

But enjoying the here and now of a super soaraway summer perhaps demands more than the promise of a better tomorrow. My starting point for a today to look forward to usually revolves around finding a recipe for a decent supper. Plenty of these can be found in The Good Life Eatery Cookbook with a mix of good-for-you, or more importantly in this instance good-for-me recipes, temptingly delicious-looking photography, and a philosophy behind it all that reminds me of that useful maxim ‘small is beautiful.’

Of course no summer should be complete without a visit to the beach. Highly recommended reading for the sun-lounger searching for a dash of a thriller for a mental getaway is Chris Brookmyre’s latest Black Widow which, as always with Brookmyre, is dark, twisted and entertaining. And for the children? Pushkin Press do the hard work for parents, tracking down the best in European kids’ books, translating, repackaging and producing such gems as Tow-Truck Pluck from the Netherlands. The perfect holiday read for families needing to be cheered up post-Brexit.

And my book of the quarter? Food is never far from most of our minds. Summertime picnics are for the fortunate, worrying about what we eat and the impact it has on our health. For others, the spread of food banks is testament to the failure of austerity politics. Few writers could appeal to both the modern obsession with food as well as to consciences concerned with those who don’t have enough of it to get by, never mind baking off. But Josh Sutton does with his pioneering account Food Worth Fighting For. This is social history that packs a punch, while written in a style and with a focus to transform readers into fighting foodies. Brilliant, and incredibly original.

Mark Perryman is the co-founder of the self-styled ‘sporting outfitters of intellectual distinction’, aka Philosophy Football. No links in this review to Amazon, if you can avoid purchasing from offshore tax dodgers please do.

Welcome to Culture Matters, a website about progressive art, culture and politics.

You'll find more information about us in the About Us section, surprisingly enough.

We hope you enjoy your visit, and are interested, engaged and even inspired by the material to join in the 'mental fight'.

The Home Page has all of our latest articles, you can go here for details on recent material, and you can look at everything using the buttons above.

In particular we recommend the material which is about (and by) Muslims and refugees, such as the poems and short stories of Mohja Kahf, Muhaned Khorshid, and Amir Darwish. And we recommend Salena Godden's post-punk poem on the Paris attacks; Christopher Rowland's insightful article on Blake; John Storey's cogently argued piece on why culture matters; and Andy Croft's lucid yet passionate case for the essentially communist nature of poetry. If you know anyone who can write like Andy about the other arts, please send them our way.

Thanks also to the Morning Star for their assistance and support. Some of the current pieces you see here are taken from that unique paper. They are there not only for their own sake but as examples of the kind of committed writing we hope you are looking for, and which we want to encourage. And thanks to the Communist Party of Britain for providing webspace and technical support for this broadly based artistic and cultural project.

Culture Matters is currently like a first edition, or a skeleton, or a thinly populated country which we have provisionally mapped out but not defined. Many sections need more articles, and more creative material. In the months and hopefully years ahead, we want contributors to populate the country, help put flesh on the skeleton, and clothes on the flesh.

So please do join in, if you want to. You will find some common threads running through a lot of the material, a kind of emerging consensual approach to art, culture and politics. That approach, coming from contributors, is our steer, which we want to build on. Please help shape the site by reading the material, by making comments and suggestions, and by sending proposals and material to This email address is being protected from spambots. You need JavaScript enabled to view it.

Help build the new Jerusalem, artistically, culturally and politically, throughout Britain and the world as well as in England's green and pleasant land. Enjoy your visit, and please come back. Because Culture Matters!