Most presciently these days with the outbreak of the Coronavirus and the collapse of the financial markets, the German powerhouse series Bad Banks opened Season One with the story of a run on Germany’s third largest bank. Equally prescient was the opening of Season Three of the other powerhouse German series Babylon Berlin which begins with the 1929 stock market crash and has the lead detective stumbling down the stairs of a bank amid suicides and bills fluttering from the ceiling, before he opens the door and is trampled by those stampeding to get their money back.

Season One of Bad Banks depicted the mad speculation at Deutsche Invest prior to the 2008 subprime crisis as Jena Liekam, the young financial climber and her two colleagues managed to abscond with a couple of million dollars. They stowed this money in a Caribbean account while Jena’s boss Gabriele Fenger went to jail for insider trading. 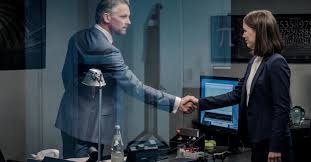 In Season Two, now streaming on Hulu, Deutsche Invest, under scrutiny but expanding, has become Global Invest with the bank now interested in merging itself with the budding start-up culture and industry in what it calls “Fintech.” Jena is dispatched from the corporate headquarters of Frankfurt, the financial centre, to Berlin, the centre of the start-up and tech industry. She is the emissary as the bank wants to take over a start-up whose goal is to help investors participate in sustainable development, a sort of greenwashing app which nevertheless could do some good. The free flowing atmosphere of the start-up, more playroom and gym than business, is transformed by the bank into the more formal cubicles of what it calls ominously “The Incubator.”

Fenger, Jena’s ex-lover, returns from a short stay in prison and launches his own start-up. His is an app that simply expands investment at wherever is most profitable, jettisoning the sustainable development component. Deutsche Global sides with Fenger and orders Jena to disband the start-up with which she had been working. She complies sadly but efficiently, and returns time and again to the owner and financier of the former start-up looking for forgiveness and clemency which he will not grant her.

Indeed, this second season focuses more on the personal character of the three young bankers and the duplicity necessary for their survival in the world of high finance. Jena and her partner Adam, trying to cover their theft of funds in Season One, end up as accomplices to a murder in order to keep their secret from the prying eyes of Jena’s banker elder, Christelle Leblanc, who wants to use the information to control her. Adam meanwhile falls prey at home to the intensity and violence that works quite well in investment circles, as his wife cloisters herself and their children from his brutal temper. Thao Huong, one of the few non-Caucasians connected with the bank, betrays both of them and they equally violently dismiss her.

If the young bankers are loathsome but energetic, their elders are worse. Jena flaunts the power of youth, telling Christelle that she has 40 years left in the business while Christelle has “at most 10.” Christelle reacts with a series of underhand moves to again keep Jena under her thumb, including an alliance with Fenger which results in the jettisoning of the sustainable development app. At the same time, one of the heads of the bank covers up the murder of a sadistic older government regulator by the sex worker they had assigned to pacify him after the regulator had attacked her. 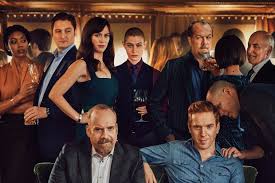 The dark and shadowy palette that engulfs this world even in daytime strengthens the ominous mood that surrounds these financial activities. Bad Banks is the antithesis of more superficial American series about wealth creation such as Billions and Succession which amount to nothing more than “wealth porn.” This series about the financial centre at the heart of the European Union details a professional and personal landscape bereft of morality which has turned that union into a moneygrubbing entity that puts the rich first. The series presents even its young protagonists as riddled with a kind of greed, ambition and drive for power at all costs that is responsible for destroying the possibility of a Europe united for a common good – one that could help to steer the world in a progressive direction.

There is a worrisome change going on in one of the better teen shows this season, Nancy Drew. The pilot presented a now young-adult Nancy, just graduated from high school, mourning the death of her mother by pancreatic cancer, suspicious of her lawyer father who was a high priced “cleaner” for the richest family in town, and sleeping with an African-American ex-con. This was truly a Nancy Drew toughened up for the neoliberal age, with her parents either victimized by chemical pollution or servants of the rich and with Nick her boyfriend proving to be much nicer than the wealthy scion of the richest family, Ryan Hudson. Hudson is revealed to be crudely exploitative when in a Twin Peaks moment, in the pilot finale, the adult Hudson is shown having an affair with Georgia or “George” Fan, Nancy’s teen rival in in high school and currently her boss.

So far, so good, and the daunting 22-week schedule still revolves around the cold case murder of a high school girl though the whodunit seems to be shifting away from the power centres of the town, in contrast to Nancy’s progenitor Veronica Mars which accused those characters. Twenty-two episodes, the requirement for a network series, is harder now in the era of Serial TV when each show can no longer just be a witty way of repackaging the material but must relate to each other show and where relationships must be more fluid and changing.

That said though the changes in this show are disturbing. Nancy’s path is now being normalized, that is, her journey and aspects of the case itself are moving her from an outsider status into the centre of power of the town, while all the while denigrating those on the outside. She has slowly dropped her African-American boyfriend Nick to tentatively begin a relationship with the scion of the second wealthiest family in the town. Her father’s character has now switched over from deceitful shady lawyer to an innocent “caring Dad” waylaid by Nancy’s too eager pursuit of the killer of the dead girl. The actual killer in the first murder was revealed at the midpoint in the series to be a working-class character out for revenge on the wealthy. Also, on the relationship front, the Asian owner of the restaurant George is now aligned with the African-American Nick. Likes finally attract – or in the CW network’s gender and racial politics, dominants attract – and minorities are left to pair off with each other.

Nor is this the only show to follow this pattern. Stumptown, one of the better of this season’s series which often deals intelligently and caringly with female issues, has the alcoholic private detective and lead character Dex Parios at first dating and sleeping with an African-American cop, Miles Hoffman. She then shuts that relationship down, claiming it’s unprofessional, in what seems a flimsy excuse for jettisoning him. Miles then finds his way to the female Asian cop with whom he works. The same pattern was followed in the Canadian series of a few seasons ago Shoot the Messenger where the young red-headed female reporter is shown in the opening scene having sex with a black cop but then instead sleeps with the Caucasian older reporter assigned to assist her in her story. In that series though she finds her way back to her original love interest. 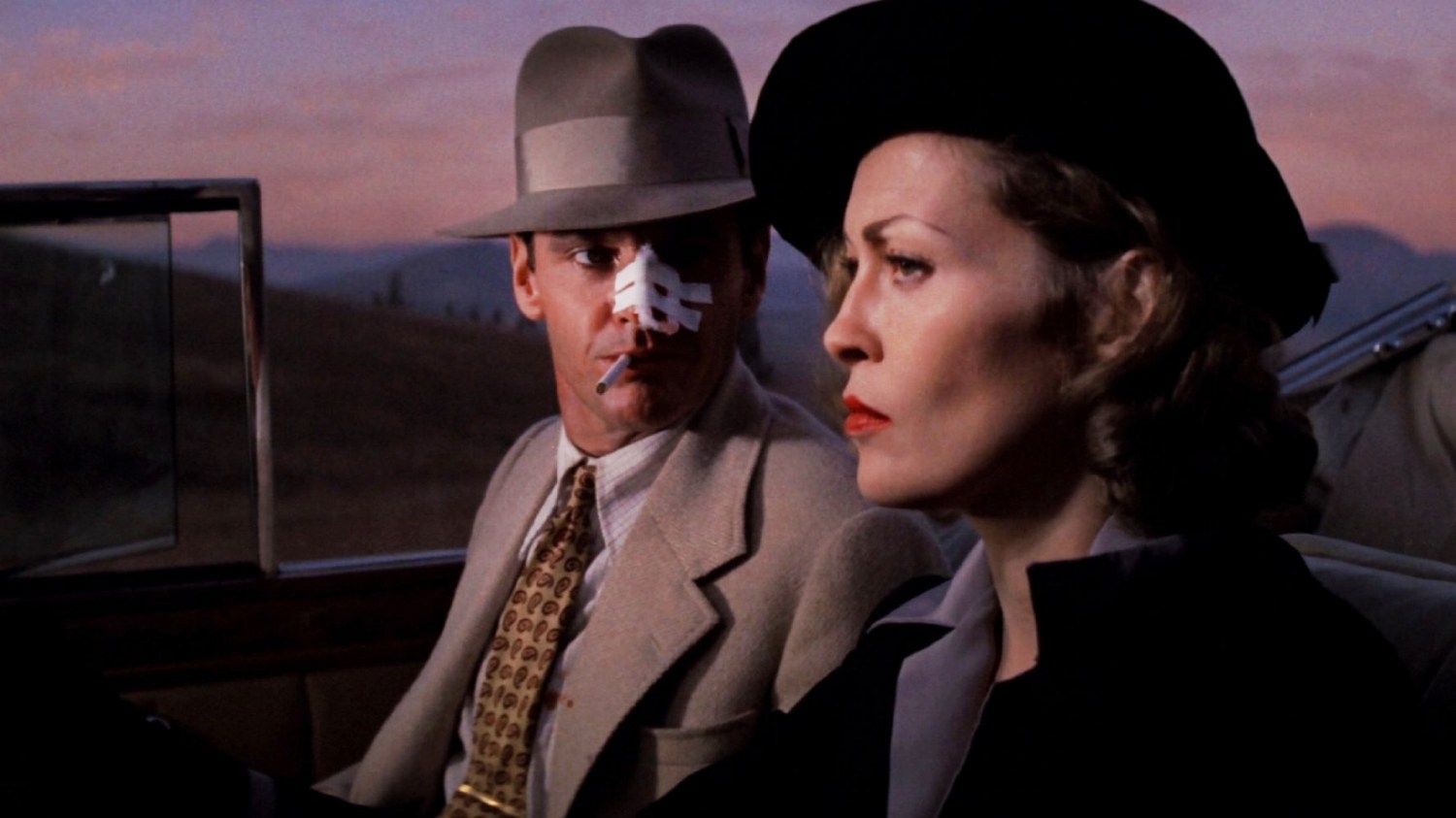 We used to have the character change in lead characters being from that of a wily or somewhat ruthless character to that of a character who finds their moral path. Best example is the detective in Chinatown who once again tries to help someone in need, after ruthlessly preying upon his clients. In these series, the disturbing trend is a movement from a somewhat outsider status to one of stricter conformity. Redemption comes not from re-finding a moral code but from reestablishing more traditional power relations. Such is life in an era where each is left to fend for themselves and greed rules.

Dennis Broe is a culture critic whose latest work is Birth of the Binge: Serial TV and The End of Leisure. His art and architecture criticism appear on Arts Express on the Pacifica Network in the US, on Breaking Glass on Art District Radio in Paris and at Culture Matters and People’s World.