It’s now a done deal with the series already out in its entirety, but the best pilot and one of the best shows of the year is HBO’s Lovecraft Country. The series is a second stunner by showrunner Misha Green after the too-quickly aborted success of Underground, about the underground railroad. Lovecraft Country refashions and redefines ’50s America, not as consumer paradise, but as apartheid state, just as Underground revisions the pre-Civil War battle against slavery as a revolutionary struggle.

The pilot of Lovecraft Country is a combination of Green Book and Night of the Living Dead, one a masterpiece and the other a hunk of unmitigated garbage. Lovecraft Country cleans up the trash that was the Academy-Award-winning Green Book and resets its smug righteous Driving Mr. Daisy reaffirmation of white, liberal America by refocusing its road trip by three African-Americans through a perilous Northern landscape that is fraught with the still-present danger of white cops constantly threatening their lives. The pilot also revives George Romero’s still shocking masterwork, a zombie apocalypse where the horror of the ’70s America racist police state in the end outdoes the horror of the flesh-eaters, as the sole black survivor is gunned down in a finale that merges the Black Panther Fred Hampton’s killing with the zombie film. 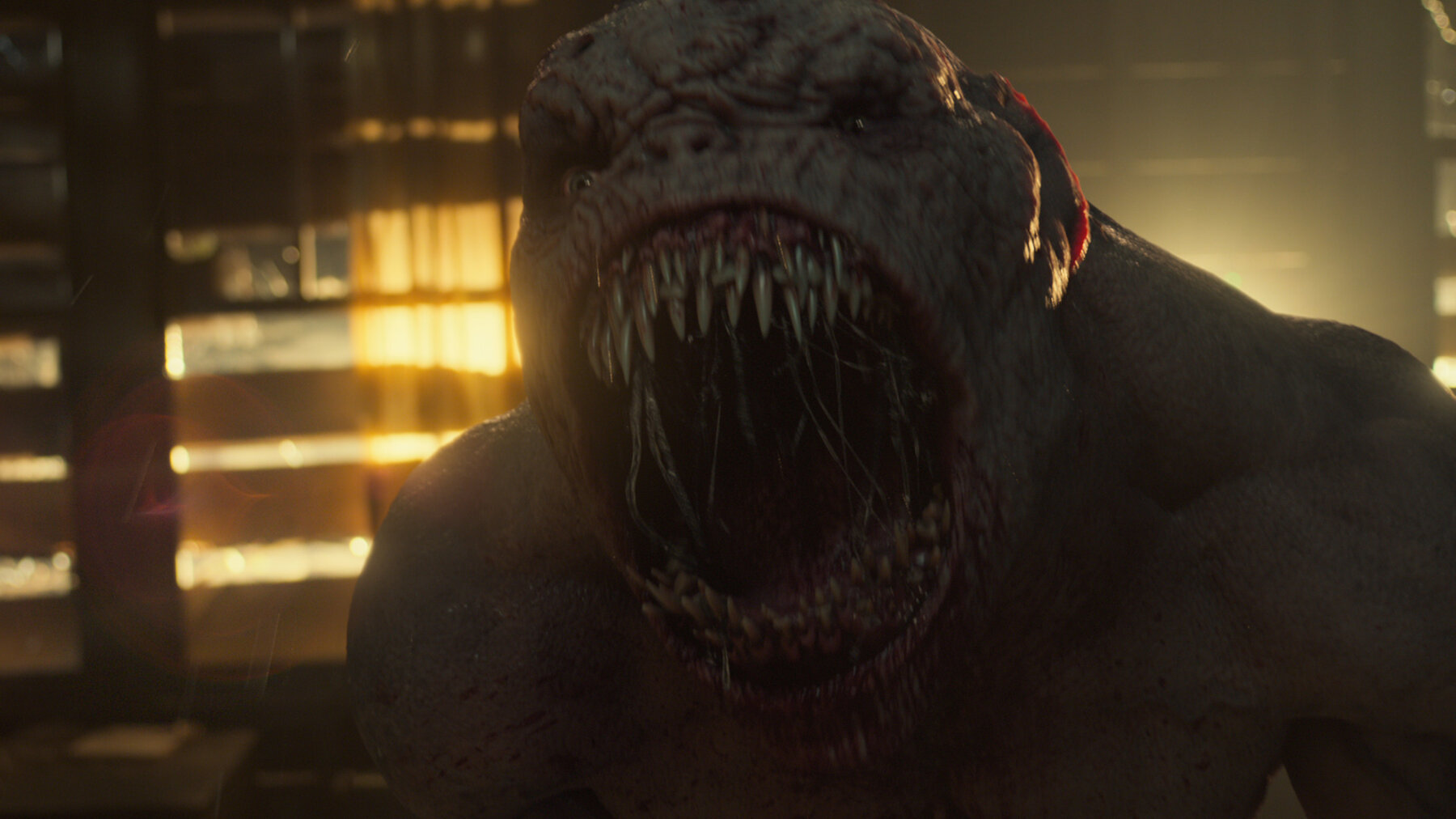 Here, after the terror the three African-Americans suffer at the hands of white America on their trip from Chicago to the supposedly progressive haven of Massachusetts, the appearance of several of horror writer H.P. Lovecraft’s signature monsters, The Shoggoth – blobs devouring everything in their path with thousands of snapping teeth – comes as a relief. These monsters at least are finite and not part of a perpetual system that categorically excludes black people. Or, as the show would have it in quoting James Baldwin, part of a country where the American Dream is achieved at the expense of the American Negro. The contemporary series nods at Romero’s classic – with police and the three black crewmembers trapped in the same house, this time the monsters attack and eat the police, revenging the death of the lone Black survivor in Night of the Living Dead.

Admittedly, the show is uneven and is more a series of spectacular parts than a stunning whole. However, its project of revisioning African-American representation and extending it both to genres and to areas of intellectual activity which Blacks had previously been locked out of is a mind-bending corrective to the representational apartheid practiced in white Hollywood and academia.

Episodes one and three emphasize the socially critical aspect of New Black Horror, so prominent in Get Out, the masterwork in this subgenre. Tik, Letti and the reliably stabilizing Courtney B. Vance as Tik’s Uncle George, take that most American of adventures the road trip, in search of George’s lost brother. They encounter not the oddball-but-endearing characters of a Route 66 but rather a murderous police state aligned against them. In a diner, they view the ’50s kitsch figures not as nostalgic but as menacing, and are forced to flee with the arrival of armed attackers. A lingering and unnerving shot of a white man with a gun in the back of a truck suggests the chase and murder of Georgia jogger Armaud Arbery, pursued by a gun-toting ex-cop and his sons. Finally, they are pursued to the border of a county which has a sundown clause, meaning, the sheriff explains to them, that they can be shot if they are found in the county after sundown.

Episode three, with Tik, Letti and Tik’s father back in Chicago, takes up the thorny ’50s question of housing segregation, as Letti buys a home in North Chicago across the line of demarcation. Letti faces a brigade of white men parking their cars in front with the horns perpetually blaring to drive her out of her home. The trick, Tik reveals, is one that U.S. soldiers used in Korea where he was a part of their efforts to drive prisoners insane. That revelation of American mind games rewrites the myth of Korean ‘brainwashing’ solidified in the film The Manchurian Candidate.

The house is haunted with the spirits of African-Americans massacred in the abode. Inside and outside Letti and Tik are tortured by that other kind of social distancing, the racial segregation that with its attendant defunded schools and perpetuation of poverty is still a primary way today of maintaining inequality. Letti revenges herself on the cars with a baseball bat and stakes her right to cross the colour line.

Episodes two and four are about bringing African-Americans to the forefront of genres they have been locked out of. Black audiences, lacking an identification figure in what was the squeaky-clean genre of horror, often rooted for the monster who ravaged the privileged victims of a supposedly all-white America. Episode two restores Black agency to the genre as Tik, Letti and George stand in the center of the standard horror trope of the haunted house, here a Massachusetts mansion with a devil cult that not all the characters escape from alive.

Episode four places Black characters at the center of an Indiana Jones-type adventure saga, but with an African-American historical perspective. When Letti has second thoughts about crossing a frail rope bridge in a typical adventure sequence, Tik’s father spurs her to conquer her fear by telling her the rope reminds him of the whip his mother described to him, used by masters on Black slaves.

Throughout, the African-American characters also counter myths about Black prowess exclusively in the fields of sports and entertainment. George and his wife Hippolyta are cartographers, drawing up maps in the Green Book that provide safe journeys through the dangerous morass of apartheid America. Hippolyta proves herself adept at astronomy, and in a later episode acquires a lived historical knowledge by inserting herself into various epochs. Their daughter Diana writes and illustrates her own comics, in a way that presages today’s Black comic resurgence. The family reads and reveres sci-fi adventure author Edgar Rice Burroughs and H.P. Lovecraft mentor and Dracula creator Bram Stoker. The series highlights Black curiosity and intellectual acuity as the show itself crosses cultural colour lines in showing that it is not for lack of persistence and interest that African-Americans have not thrived in these areas.

The show also of course rewrites Lovecraft himself, using a contemporary novel by Matt Ruff that highlights the horror writer’s glaring limitations. Lovecraft wrote in the 1920s, with the Klan firmly established and often, as in The Call of Cthulhu, set the stories a decade earlier, at the moment when the progressive period of Reconstruction was still being turned back, just after statues commemorating the Confederacy had sprung up everywhere, and when a new category of ‘whiteness’ was being constructed by pitting all the European US arrivals against their non-European ‘other(s).’

In Cthulhu Lovecraft recounts the danger posed in the North by a Negro sailor “from one of the queer dark courts on the precipitous hillside” and in the South in the bayous surrounding New Orleans by a Voodoo gathering containing “singular and hideous” rites. Lovecraft Country refashions and reverses this fear, as in one episode the Shoggoths appear again, this time to destroy a squad of Chicago police who have come to wipe Letti out of her home.

In the most stunning reversal of a horror staple, Letti’s sister Ruby undergoes the wolfman transformation from human to beast, a prosthetic tour-de-fore pioneered by Rick Baker in An American Werewolf in London. The trick here is that Ruby transforms from an African-American to a Caucasian woman. This monster is instead granted full access to white society. Ruby had previously been rejected from a sales clerk position at the department store Marshall Field’s but ‘white’ Ruby is not only hired but made supervisor at the store. The episode spotlights the horror of white privilege as it is lived by Black America.

A critique of capitalism

One problem with the series is that it stays at the superficial level, viewing Lovecraft as simply a creator of monsters, including in a later episode, an Alien-type Korean female that we sympathize with as she revenges herself on both the Japanese and on US servicemen in Korea, both of whom oppressed the country. Beneath the surface prejudice, Lovecraft’s creatures from the netherworlds actually constituted a critique of the rational, scientific, calculated world of a capitalism that was hell-bent on erasing all traces of the ancient myths and modes of thinking that his monsters represent. The series misses this aspect which in the second season might be a way of more thoroughly linking Lovecraft’s subconscious love of the irrational with the battle of the series characters for recognition of their own modes of thinking and making sense of the world, which both embraces and contradicts the rationalized “normality” of the consumer world around them. 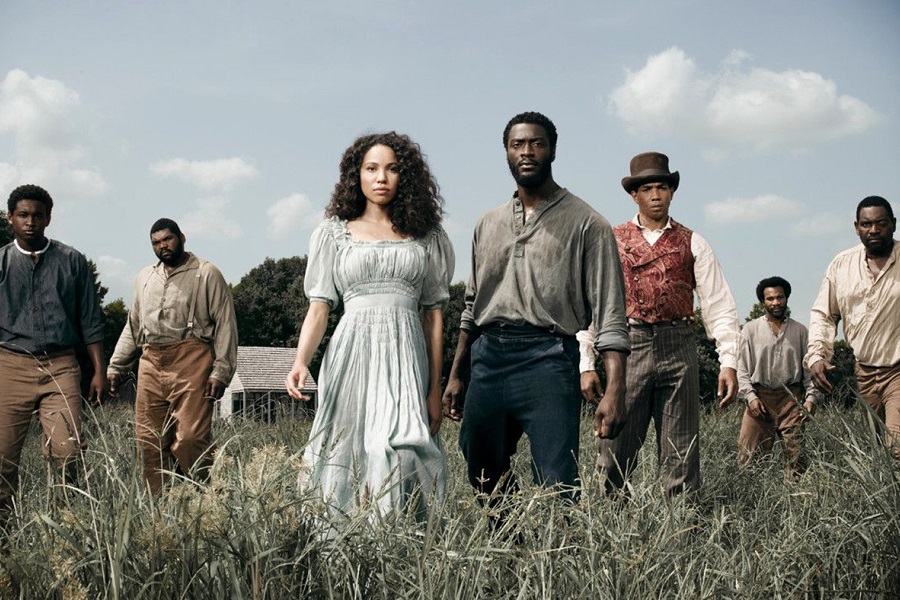 The Macon Seven on the run in Underground

Lovecraft Country also signals the arrival in town of a new show-running sheriff, Misha Green, an African-American female writer whose work, both here and in Underground is peppered with images of revolt and resistance. The “Macon 7” plantation runaway slaves in the first series who make an impossible journey from the openly oppressive South to the more sophisticated prejudice of the North and the genre and gender smashing intrusion of Tik, Letti, and Hippolyta in her second series carve out a far more openly rebellious path for Black television representation, making Shonda Rhimes’ professional and middle-class world (Grey’s Anatomy, Scandal, How to Get Away With Murder) seem tame by comparison.

Exec-producing on Lovecraft Country are J.J. Abrams and Jordan Peele. Abrams seems to contribute little to the mix, except occasional melodic horror strains on the soundtrack, borrowed from Lost, which often attempt to create the feeling of terror but seem divorced from the actual action. Peele, on the other hand, continues to invest the horror genre with contemporary social significance. This series is the true follow-up to his Get Out, where the horror is the psychic manifestation of the racist system which terrorizes the characters.

Lovecraft Country, with its array of cops more frightening than the actual monsters, and its ordinary African-American characters deeply embedded in the street life of a community with its stickball and block parties also casts a suspicious and critical eye on that other HBO series Watchmen and its Kamela-Harris-type Black female superhero vigilante cop, whose opposition to white racism could equally be an opposition to Black rebellion. The high point of Watchmen is the first 10 minutes of the series, which figures the Tulsa massacre as jealous Okies revenge themselves on the economic prosperity of Black Wall Street. Misha Green though, as everywhere else in this extraordinary show, goes one better than that heavily-awarded series in sending her characters into the past, in an entire episode based on the Oklahoma bloodletting.

This may be a series of parts, rather than a coherent whole – but the parts are some of the most memorable moments of television in this year of Black Lives Matter.