One of the largest International Crime Writing Festivals in the world, the Quais du Polar, just closed in Lyon, France. The subject on many writers’ minds was, surprisingly, not the Ukraine, though the war was ever present, but the erasure of economies, landscapes and memories in the transformations wrought in the last 40 years by the greedier, more all-encompassing form of capitalism which goes by the name of neoliberalism.

The only topic Polish crime novelist Zygmut Miloszweski wanted to discuss was the threat of a Russian attack. Miloszweski was asked about the state of Polish health facilities, after Swedish author Camilla Grebe (After She’s Gone) had talked about the Swedish hospital system being devastated after the 2008 financial crisis caused by U.S. capital housing speculation.

Miloszweski went so far as to claim that the main problem with the Polish health care system was the threat of hospitals being destroyed by Russian bombs. The Portuguese author of Château des cartes (House of Cards), Miguel Szymanski, took a far more reasoned approach, cautioning against disrespecting Russia and its nuclear arsenal in a move that could provoke World War III and that was anathema to any legitimate quest for European peace and security.

Instead, Szymanski’s novel, the first of a series, focuses on economic corruption at the highest levels in Portuguese society, also in the wake of a financial crisis. His protagonist Marcelo Silva is a former journalist now working in the financial office of the Lisbon police, who, Silva says “attacks the little guys, but I attack the big guys.”

Szymanski was himself a journalist who exposed two of the country’s wealthiest financiers, one of whom he portrayed as a gangster. As a result of the expose, he lost his job and was forced to move to Frankfurt and work as a taxi driver until he joined a magazine there.  He has now returned to Portugal to tell a similar story in the form of a crime novel.

Szymanski describes a country led into a trap by the easy money loaned by German financiers, with the streets replete with “German cars and everybody rushed to buy one,” but which then  submitted to a massive privatization by these same banks to pay off the debt, which included losing the country’s main energy company to a Chinese buyer.

In a telling description, a Portuguese banker who is about to be submerged in the collapse sees himself trading in “euros, dollars, yuans, yens, or francs” while his wife creates her cultural currency by trafficking in “Hermès, Gucci, Prada, Chanel, Langerfeld or Armani.”

A panel on the recurrent and contemporary rise of fascism, the brun peste or brown plague, featured Dominique Manotti, whose latest work Marseille unearths a 1973 plot by racist elements in that city (including the police department) to drive Algerians out of France at the end of the Algerian war – an actual event about which she said that the press had for the most part remained silent.

Manotti described as deeply troubling the fact that 30 percent of the French now vote far-right, a result she said of the brun peste never being stamped out. So periodically, in desperate economic times like the present with inflation following hard upon the COVID lockdown, able to return. She characterized the present time in France as “pre-fascist,” with the caveat that whether that tendency gathers steam depends on what actions people take to combat it. 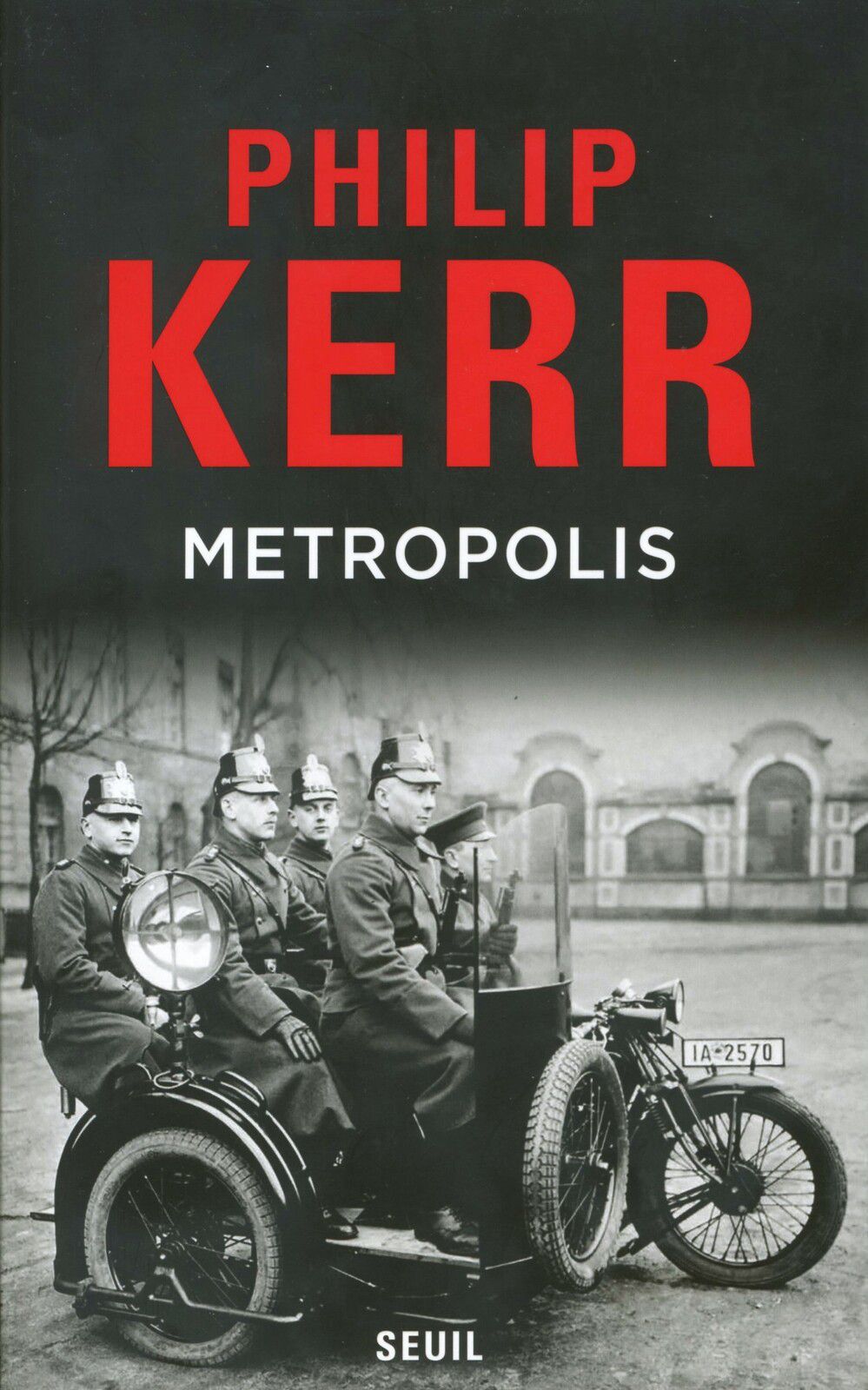 Manotti cited Philip Kerr’s Metropolis, his last novel before he died, in which Kerr winds the clock back on his Berlin detective Bernie Gunther to the Weimar period, as an accurate description of “pre-fascism.” Kerr describes the city as a “Babylon…full of the maimed and the lame from the war,” with street scenes akin to “a painting by Peter Brueghel.” Gunther’s Nazi landlady bemoans the passing of “what was a respectable city before the war, after the start of which, “human life stopped having much value” and where, due to the war and then inflation, in the working-class quarters “people live like animals.”

She blames this disintegration on “Poles, Jews and Russians” as a poster anticipates the coming of Adolf Hitler who “promises to tell the truth and clean up the city.” Meanwhile, the not-yet-hardened cop Gunther understands that a series of murders of women is likely the result of “men who came back from the trenches with a real taste for killing.”

Manotti detailed her own journey in the 60s and 70s, when she worked full time to promote social change and then in the 80s realized that change was not going to happen and instead began scholarly and novelistic work – besides being an accomplished noir author she also teaches 19th century economics. She wanted to give people an overview of ways the system operates, eg by using gangsters and organized crime to enforce state power. Her call to investigate and learn about the mechanisms of power was greeted by spontaneous applause from the audience.

A panel titled “Lands in Damnation: Memories of Places” contemplated the sense of loss and what Icelandic author Arnaldur Indriðason called “melancholy,” at the way capital had destroyed both natural and urban habitats. 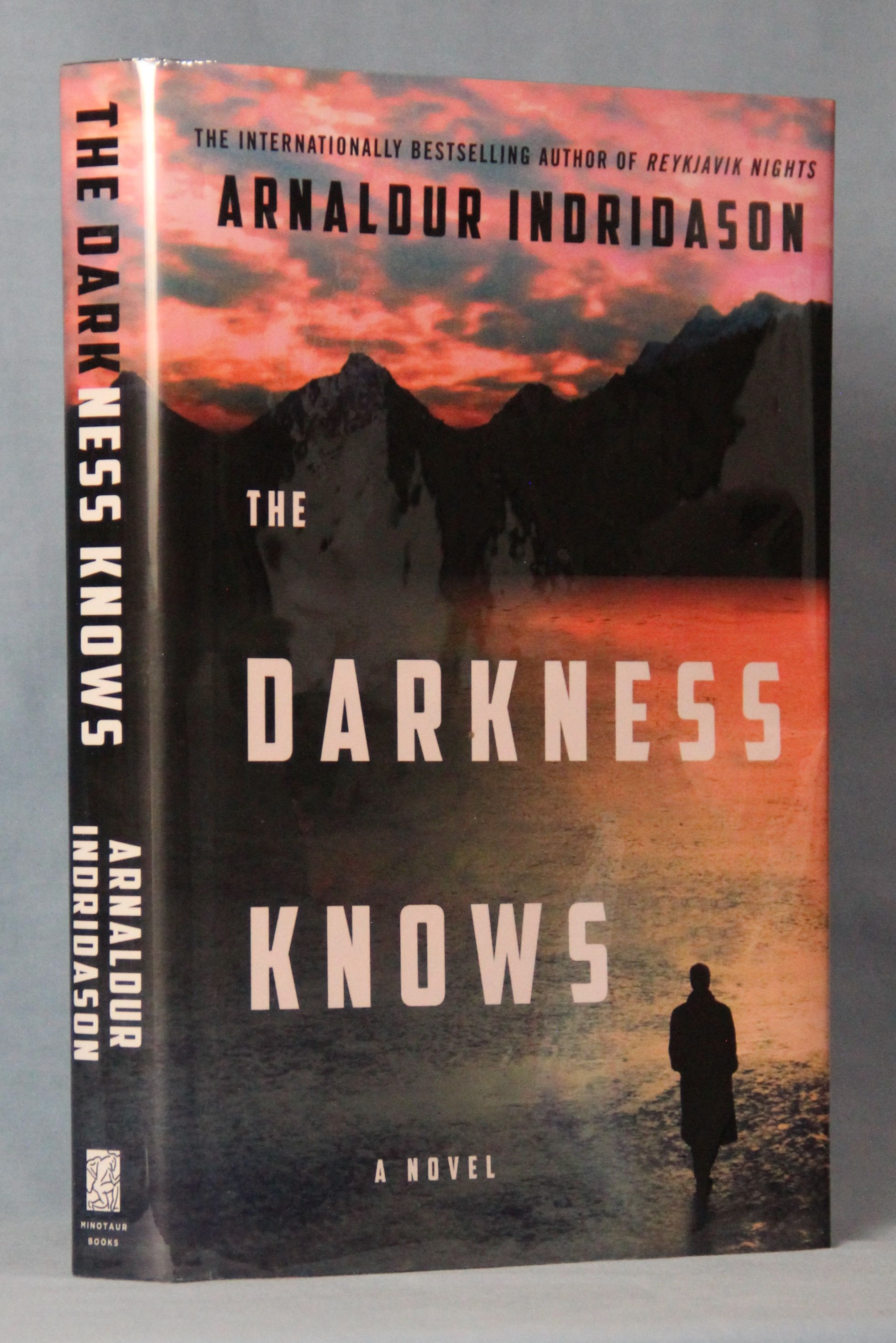 Indriðason described Iceland before World War II as a land of small farmers. His policeman detective Erlandur in Arctic Chill and Strange Shores, returns to the wildest part of the country, the Eastern fiords, in search of the truth about the death of his long-lost brother in a snowstorm and finds farmers dying from hunger and displaced by “enormous dams.” In the capital Reykjavik, his now retired cop turned private eye, Konrad, in The Darkness Knows, also searches in the past for the truth about his murdered father while being horrified by the transformation of Reykjavik into a shining global city where small businesses are wiped out neighborhood by neighborhood by “20-story high-rise blocks” that are “a blot on the landscape.” 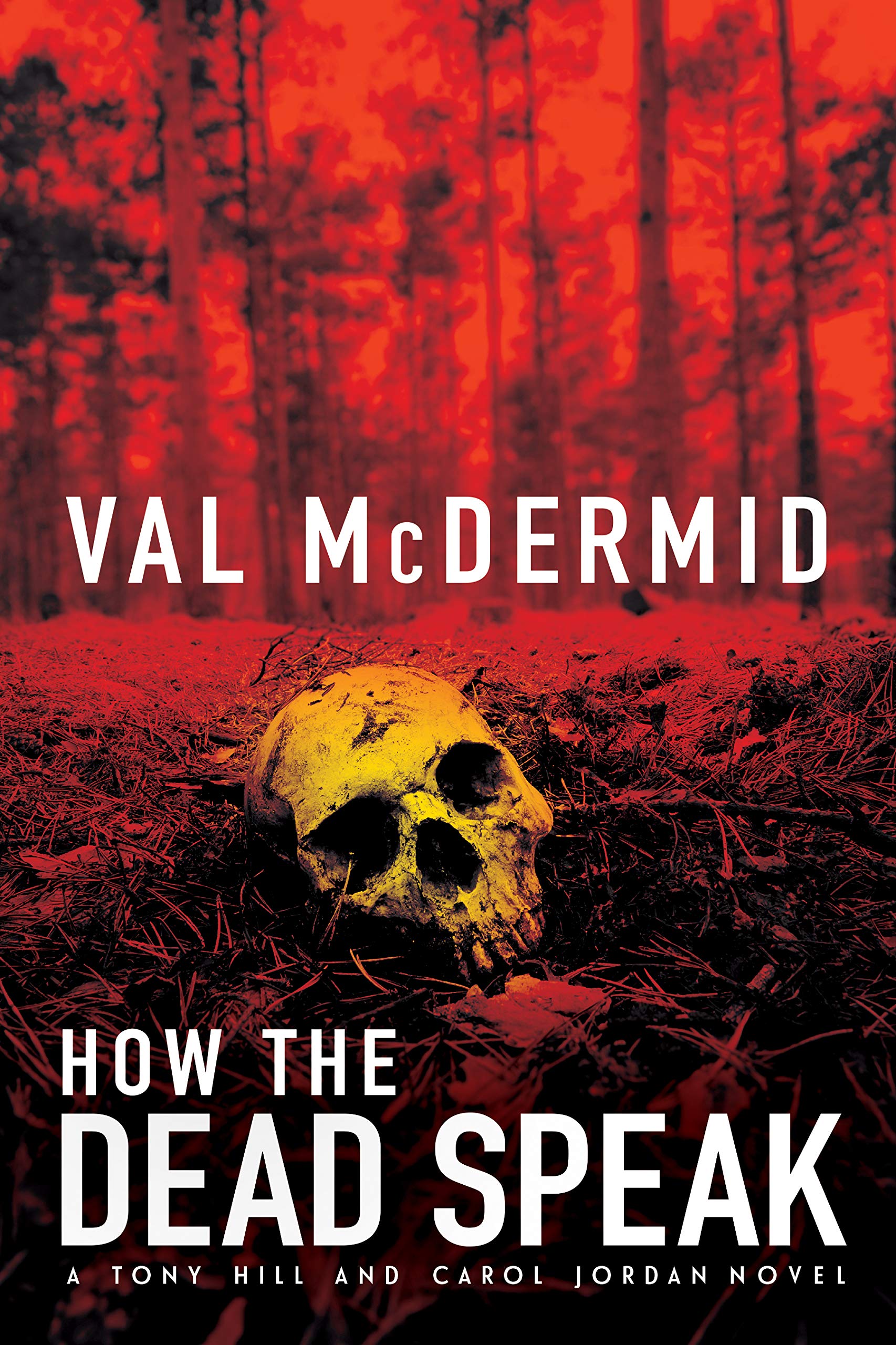 The Scottish novelist Val McDermid (How The Dead Speak) described a similar process that had taken place beginning in the 18th century in Scotland where the small farms, the crofts, were destroyed as landlords enclosed the land and the inhabitants were forced to migrate to the cities, where they served industrial capital as a ready, cheap and expendable source of labor. McDermid talked about walking in the Highlands and coming across scattered traces of the crofts covered by moss – but still a visible memory of the past. 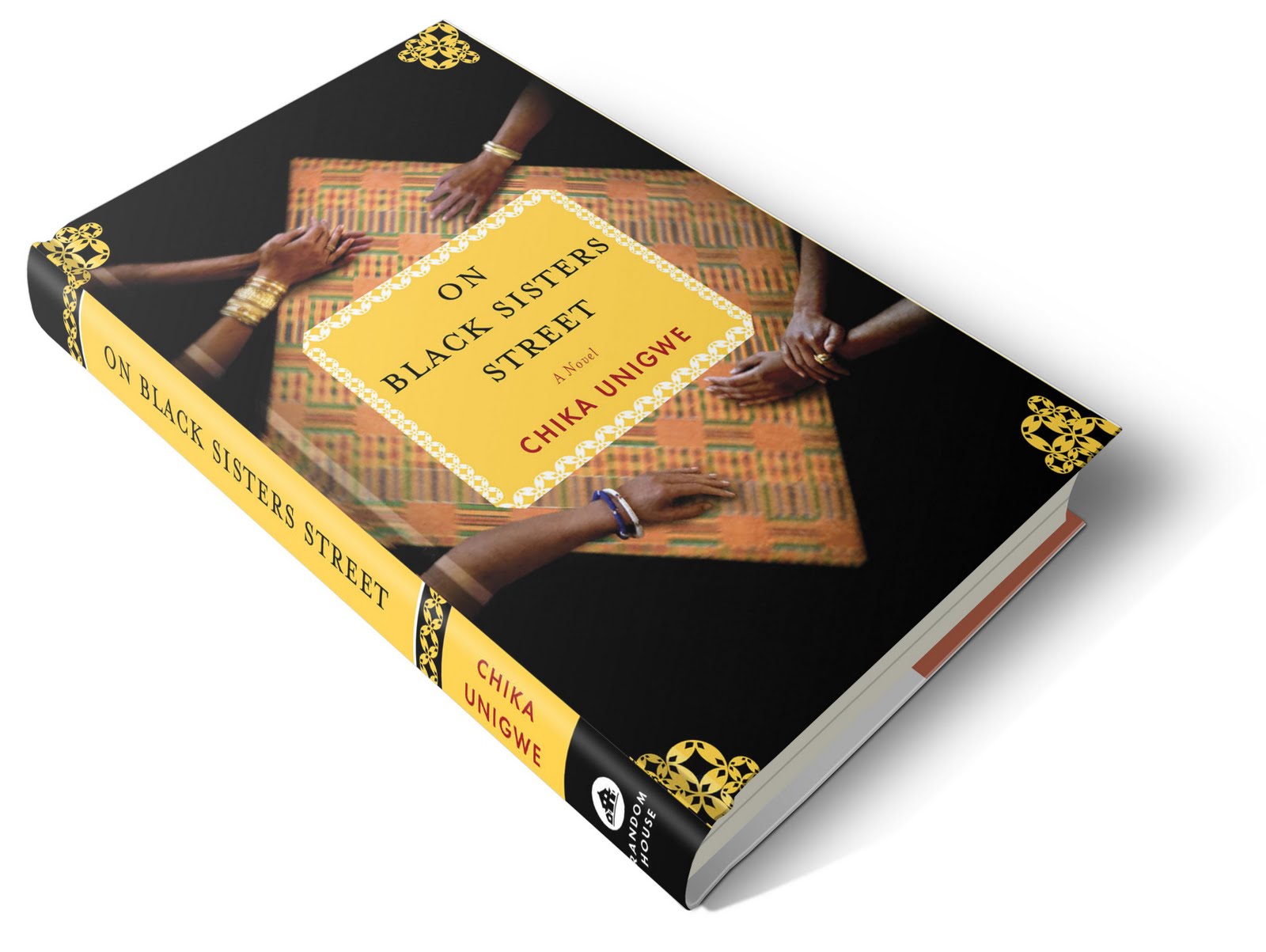 A different kind of laying waste was described by Nigerian female author Chika Unigwe whose novel On Black Sisters Street questions the placing of Nigerian women as sex workers in the windows of Antwerp’s Red Light District, one of which was also a prominent character in the series on the same subject Red Light.

David Joy’s crime novel When These Mountains Burn recounts the devastating impact of opioids on Appalachia as seen by a father who watches his son destroy himself, an addict, and an undercover cop. He decried the ways drugs were “deliberately and systematically” dumped on the region by Perdue Pharma, contributing to 100,000 deaths by overdose in the U.S. in 2020.

The English novelist David Peace, in a panel on “Noir and the Metropolis” which also echoed the theme of demolition, recounted a change in post-war Japan that took place in 1949 and is the subject of Tokyo Redux, the third part of a trilogy on that city.

At that time, the American occupation authorities, many of them Roosevelt New-Dealers who wanted to push social reforms and a more open society, realized the openness had gone too far and Japanese workers, often led by the Communist Party, were making substantial demands for power sharing in the society and now needed to be curtailed.

Peace’s detective Harry Sweeney, who had previously worked on breaking up gang activity and was called “the Eliot Ness of Japan,” is assigned the case of the momentous and actual death of Sadanori Shimoyama, the president of the Japanese National Railroad. Harry is urged by his superiors to be out and about “cracking union skulls, [and] breaking red bones.” Peace described that year as a moment in the transformation of Tokyo into the capitalist hypermodel of a city, a description that was echoed on the panel by Scottish-Indian author Abir Mukherjee (The Shadows of Men) as being initiated in the Calcutta of the 1920s and by the novelist, actor and director Boris Quercia (Many Dogs) in Santiago, Chile where “liberalism destroyed the historic center” of the city.

Harlan Coben and John Grisham were COVID casualties, unable to make the conference. Also missing in action was Giancarlo De Cataldo, the Italian chronicler of the history of the mafia in Rome in such novels as Suburra, which became the basis for a popular television series. Just in paperback though is Agent of Chaos where De Cataldo, an Italian magistrate, in a kind of Mark Twain folk tale with a factual basis. In it he describes Jay Dark, a petty thief who becomes a CIA asset in the 1960s and distributes LSD and heroin to the radical movements of that period. Dark’s handler is a German psychiatrist who believes in “the sacred values of order, the family, and patriotism” and who performs psychotropic experiments on mental patients in Bellevue Hospital, where he meets and transforms the street level criminal into a cultivated “agent of chaos.”

De Cataldo’s work in charting the destruction of aspirations for a better world was in keeping with the theme of the conference – the devastation of human and natural habitats by neoliberal capitalism, which echoed through many panels, authors, cities and countries.