In 1941, Frank Capra directed Meet John Doe, the last of his Depression-era populist trilogy, extolling the virtues of the common man and woman. In this film Gary Cooper, a down-on-his-luck hobo gets chosen by a newspaper magnate as the ultimate symbol of an America still ravaged by the economic failure of the stock market crash. 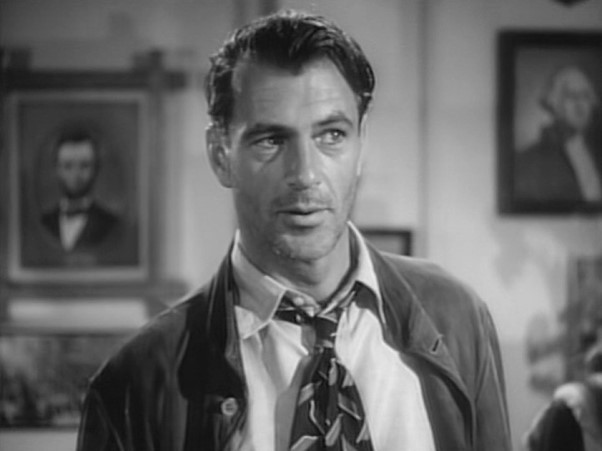 The eponymous everyman John Doe, in reality a broken-down, bush-league pitcher named John Willoughby, is built up by the popular media of his day, big city newspapers and radio stations, to unite the country in a wave of fellow feeling that magically puts people back to work and cures social malaise.

However, behind Doe stands the nefarious forces of media magnates wanting to rule the country, along with bought-off politicians, and greedy financiers in a legion of black-suited men holding a Madison Square Garden rally with all the traces of Hitler’s famed Nuremberg lighting. 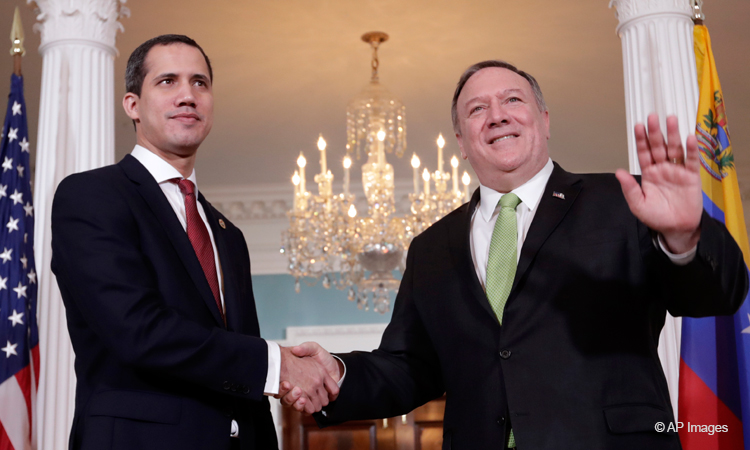 That scenario was replayed a few years ago as the U.S. with its own brand of newspaper magnates, military personnel and slinky Trump-era “statesmen” like the C.I.A./State Department’s Mike Pompeo anointed from nowhere and utterly out of the blue their Latin American John Doe, Juan Guaidó. It was one of their many attempts to overthrow the elected head of the Venezuelan state Nicholas Maduro. Elected head of the rival National Assembly in January 2019, Guaidó, barely known in the country outside politico circles, then announced himself president and was quickly recognized by the U.S., Canada and the EU.

Just as in Capra’s fable, this John Doe was built up by the corporate media, and particularly by the financial press, which quickly made him into a hero of the people. In being named one of its “100 Most Interesting People of 2019,” Time Magazine extolled the virtues of a leader who was “"young, energetic, articulate, determined" and possessed with "the mother of all virtues: courage.” The Wall Street Journal quoted a Jesuit priest who claimed this hand-picked man of the people “looks like he belongs in the barrio.” While Bloomberg Financial News hailed him as someone who was engaged in “building unity.”

In Capra’s film, John Doe struggles mightily to live up to the image that is created for him by the media, eventually beginning to believe that he is the common man so fed up with his despondent situation that he will commit suicide on Christmas Eve, but who then believes in communitarian good will. Venezuela’s Juan Doe has also struggled to maintain the image the U.S. press has created for him.

Four short months after he declared himself president, Guaidó called for an insurrection against Maduro which was unsuccessful as the military and those in the barrios have repeatedly backed Maduro, contrary to the testimony of WSJ’s Jesuit. Two months later Guaidó’s representatives in then right-wing Colombia were accused of embezzling up to $60,000, supposedly to pay for soldiers defecting from Venezuela but, so the accusations say, instead spent on “parties and nightclubs.”

Worse was to come. That September there was a coup attempt led by two American special forces agents, who wanted in return for a successful takeover “$213 million from Venezuela’s future oil revenues” and which envisioned Maduro carted off to a U.S. jail where he would face a Noriega-style trial. It ended with the coup squashed and the two Americans in jail.

The plotters called it “Operation Freedom” but the press quickly dubbed the coup, which was planned by a former Trump security guard, “The Bay of Piglets,” referring to the failed CIA invasion of Cuba. As to Guaidó’s vaunted “courage,” after his failed call for an uprising, the Venezuelan Foreign Minister accused him of hiding out in the French Embassy.

In the film, Barbara Stanwyck’s journalist, who helps create the John Doe myth, succumbs at one point to the rewards offered to a press mercenary by the paper’s owner, played by Depression-era capitalist supreme Edward Arnold, rotund and quaking with a seething lust for power. Stanwyck’s newspaperwoman parades around in her new fur coat, is dazzled by a jewelled necklace and looks to be in line to marry the publisher’s nephew, thus sealing the deal. Venezuela’s Juan Guaidó has also attempted to cash in on his new-found fame. The U.S. has handed control of Venezuela’s bank accounts in the U.S. to Guaidó, claiming that this theft of the money from Venezuela’s oil revenues which the country is in desperate need of, would “benefit the Venezuelan people.” In the U.K., Guaidó is now closing in on being the recipient of the country’s $1.68 billion gold reserve though at this moment he is now not only not the president but in a power contest to even be head of the assembly. Last year, the European Union voted to no longer recognize him as the president of Venezuela and his support in the country now stands at a dismal 16 percent.

In Capra’s fable, the Stanwyck and Cooper characters come together, aided by various John Doe’s across the country to avert what is presented in visual terms as a fascist takeover by the power-hungry publisher and people begin to believe in John Doe though they now know his story.

The Latin American John Doe has a different ending. The U.S. and U.K. continue to cling to the now globally discredited myth of the “freedom fighter” his country at first never knew and now regards as corrupt. At the recent Summit of the Americas the Juan Guaidó myth was still being affirmed by Joe Biden and his Secretary of State Anthony Blinken. The summit was boycotted by Mexico, Bolivia, Honduras and Guatemala largely because Biden refused to invite Cuba, Nicaragua and Venezuela, countries he claims are not democratic, but who instead have had the audacity to elect leaders the U.S. dislikes.

Instead, we were treated to the spectacle of a U.S. backed puppet, a self-proclaimed president with almost no popular support, a John Doe who unlike Capra’s crusader who ultimately sees the light, simply hides behind what for Capra were the forces of an ever-growing threat of corporate fascism.

This is the second in Dennis Broe’s trilogy in honor of Capra’s films. The first was Mr. Zelensky Goes to Washington, about a phony populist. The third is the upcoming Mr. Caruso Goes to Town, about a Republican developer turned California Man of the People.