Better Call Saul is part of the Breaking Bad “universe,” as a prequel to that series. As such it also links to successors to that series, most prominently Ozark, another series admired by mainstream critics. As precursor to Breaking Bad, the series also follows a downward trajectory where a once up-and-coming lawyer ends up working for a drug cartel. Saul is a brilliant but flawed lawyer who cannot escape the whirlpool that seems to engulf the characters of all three series. The crucial questions about these series are: where does this vague whirlpool come from and how does the series regard this destructive descent?

It’s fairly clear that the descent itself parallels the loss of power being experienced by the American empire and the subsequent effect on the American populace by the gradual ending of that empire. This is often talked about as “the end of the American dream,” and what in its earlier iteration, in regard to the British empire, Paul Gilroy refers to as “colonial malaise.” The loss of living standards is real and has resulted in a great deal of pain for the average American, though none for their leaders.

The attitude about this diminishing of a social and economic horizon in series like these amounts to a kind of threefold coping mechanism. There’s a shrug as the situation worsens; a validating of “creativity” in the face of this onslaught as more and more energy is now needed to maintain one’s place in the professional middle-class landscape (and as we watch Saul caught in this miasma); and a wallowing in the mud and embrace of the hopelessness of this position. What is lacking in the Breaking Bad universe, however, is any kind of real critique, any real suggestion of what produces this situation and especially any concrete way of fighting for disappearing economic and social rights. 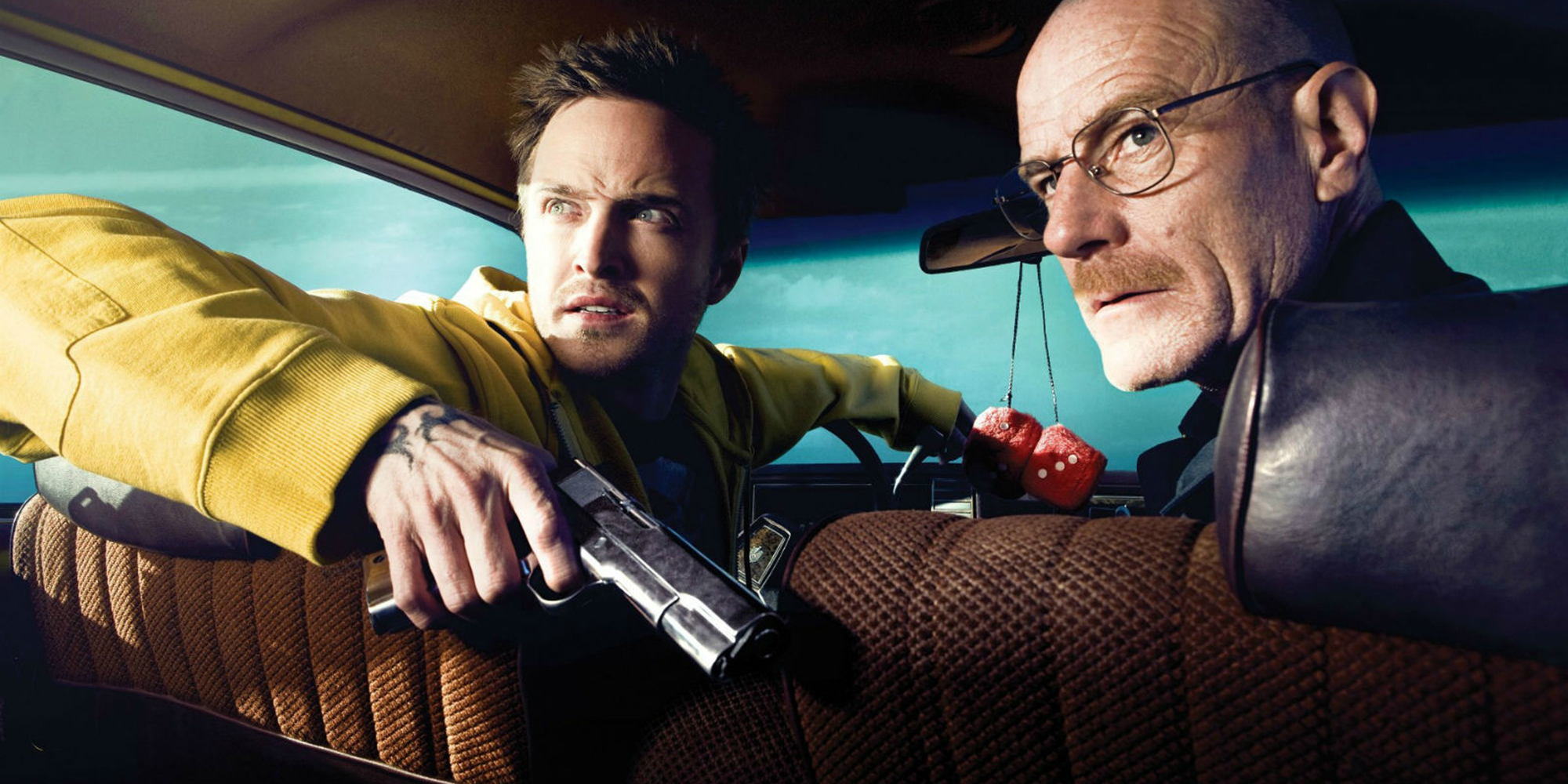 Breaking Bad, originator of its own “universe”

In addition, all three displace the anxiety of a fading imperial power onto the Mexican drug cartels. Instead of embracing the rest of the world and accepting that a diminishing American middle-class position might have positive effects – most notably for that class’s energy consumption which is destroying the planet – these series suggest that although the American middle class is under pressure and must make morally questionable decisions to stay afloat, this is always balanced by the fact that the other, the Mexican cartels, the only inscription of anything outside the American purview, is worse. Thus “America” though now openly becoming a land of cons and cheaters –having elected one as president – is still not as bad as the barbaric hordes outside, who really have no morals at all. 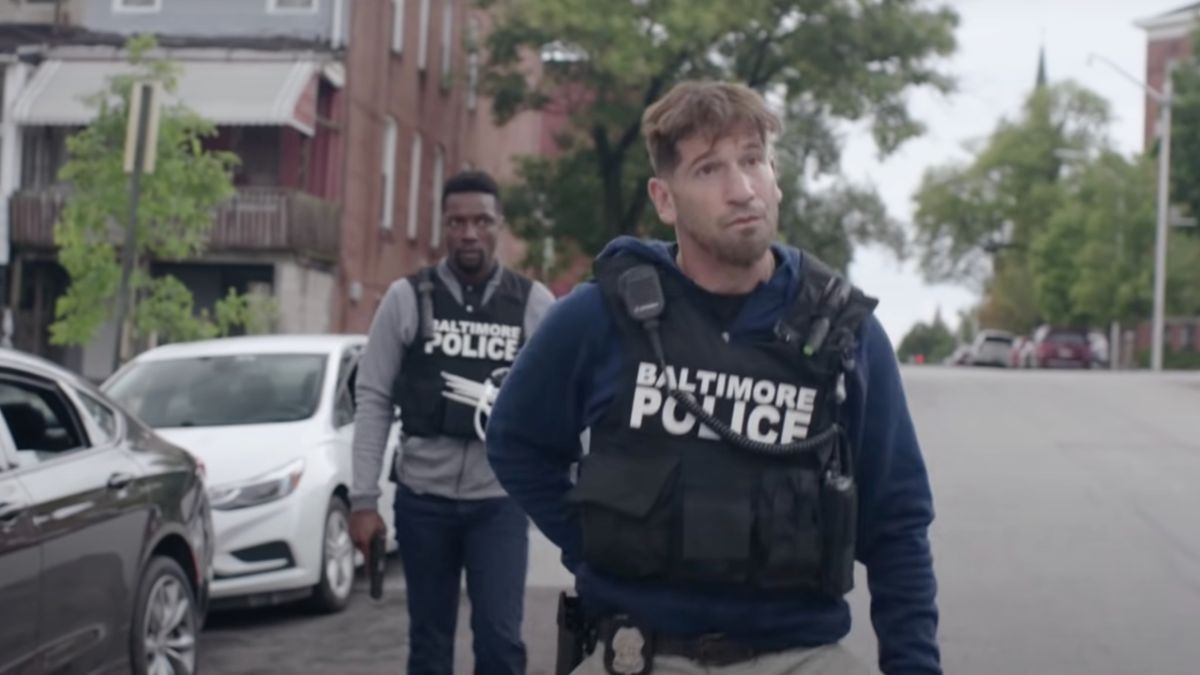 Looking askance at crooked cops in We Own This City

It is possible to contrast the glorifying of this downward trend with series that show the corruption in all its forms, but with the underlying Enlightenment-inspired faith in the idea that critique may be able to effect some change. There is a difference between the Better Call Saul universe, adored by U.S. critics, and the extension of The Wire universe in We Own This City about the corruption of Baltimore cops, and mostly ignored by critics or characterized as falling short of The Wire.

Here, the thrust is not to validate and admire the “ingenuousness” of the cops in robbing and looting poor neighborhoods, but rather behind the series is a sensibility that is outraged at their actions and especially in the sixth and final episode, written by Wire creator David Simon, making us aware of the larger implications of the “War on Drugs” as “war” on America’s poor, black communities. This is far different from Better Call Saul’s fomenting of racial tensions in the heavily Mexican American southwest by characterizing Mexicans only as drug runners. 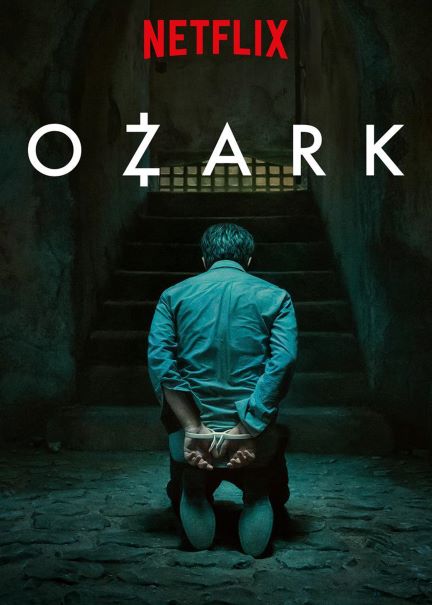 Ozark’s middle class menaced by those South of the Border

All three series, and especially Ozark in its earlier seasons, present the American professional class of lawyers, accountants and disgruntled teachers as under increasing pressure to stay afloat and all three lionize those efforts. Ozark at least though, until the final season, looks askance at the damage that class does to its human and physical environment in clinging to its dominant position. But even it in the final season succumbs to the Breaking Bad mould and in the end simply wallows in the destruction, attempting to foist wallowing off as critique. The Breaking Bad universe has established a template for languishing, but never challenging, diminishing expectations as the American “universe” itself shrinks globally.

We Own This City is available on Sky from 7 June; all the other series are on Netflix.