As the world begins to wake up and we enter the period of post-confinement, in France the first major festival returns. Just before the opening of the Cannes Film Festival was the Quais du Polar, the global festival of crime writing – the largest of its kind in Europe.

There was an air of hesitancy, of dipping a toe in the water, with everyone inside except the speakers kept at a distance from the audience wearing masks and the crime novel book fair moved to tents outside the main hall.

There was also an air of hesitancy because this was the first crime writing festival, one branch of which in France is called “the policier,” which celebrates the deductive skill and thirst for justice of the police, which sits uneasily with the global questioning of the tactics and ends of the police in the wake of the Black Lives Matter protests.

The health restrictions generally did guarantee an air of safety about the festival, as one security guard checked bags (the result of the largely overblown and previous “terrorist pandemic”) while a second one made sure everyone used the hand lotion before entering the building (the result of the latest pandemic).

Travel between countries is still an issue. R.J. Ellory from England and the continent’s most popular crime writer, Iceland’s Arnaldur Indriôason, whose novel begat the Hollywood film Jar City, were both unable to come because of the quarantine restrictions. This was balanced out by remote appearances by the American recounter of drug traffic Don Winslow and Edyr Augusto, the Brazilian author of a series of books on the Amazon city of Belem , a site not only of exploitation of natural resources but also of drug traffic.

France has now started vaccinating at a rapid rate, hoping to reach 70 percent by the end of the summer, with the cases falling every day but as with the rest of the world with the threat of ever more contagious variants hovering over this attempt to restart this branch of French soft power.

France leads Europe in the number and global range of its publications and translations of this most popular genre. Through festivals like the Quais du Polar, the country strengthens its hold on the genre, not only because French authors pour out a seemingly endless supply of crime novels but also because its translators bring novels in from all over Europe and the rest of the world, and in that way the country becomes the mediator and meeting place for global crime fiction. So its place in the market functions like a branch of the world-leading French luxury industry, which makes high end clothes, perfumes and accessories.

This brings us to the twin poles of the crime novel. In France for every “policier,” whose tradition goes back to Sherlock Holmes and Agatha Christie, and which fits the entertainment/luxury industry mould, there is also a more hardboiled element of crime fiction, in the Dashiell Hammett/Raymond Chandler tradition, with a more socially situated milieu and a critical message, called the “roman noir.” The difference was readily apparent at the festival. 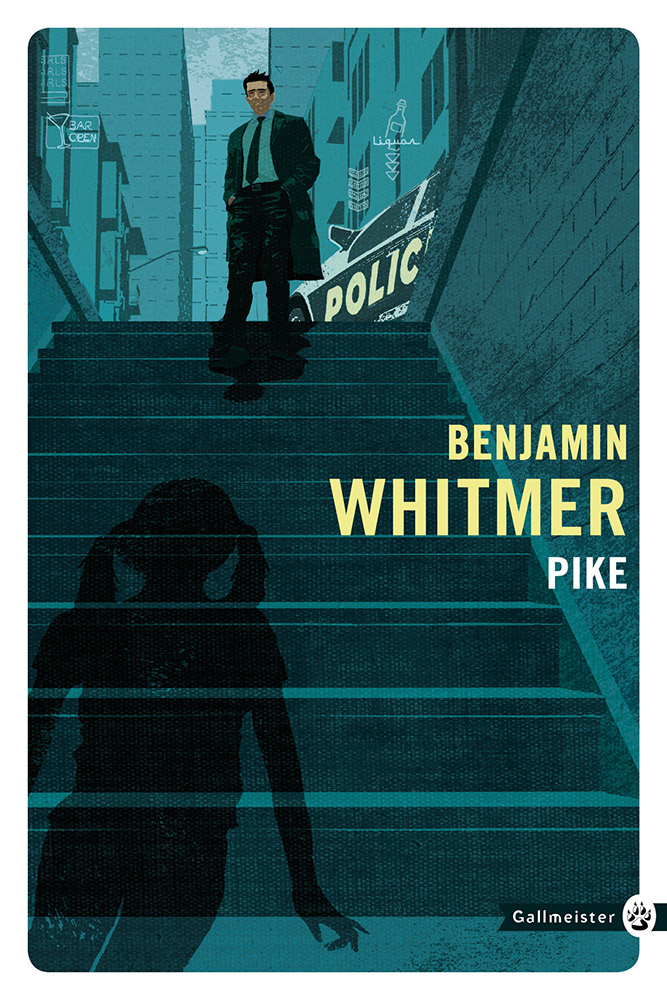 Le Monde, the newspaper of the centre left, fired the first salvo in its pre-festival article where it questioned the very idea of fiction from the point of view of the police, in the light of the George Floyd and other killings and the demands for justice from a police force whose budget for domestic control in the U.S. makes it the sixth largest military budget in the world.

Le Monde also quoted the American contemporary noir novelist Benjamin Whitmer who criticized his own genre in which “the daily violence of the police is totally ignored.” Whitmer, the author of Cry Father and Pike, then elaborated on his refusal to romanticize this now much criticized institution: “I do not write about good cops for the same reason I do not write about unicorns.” He added that “If the police do their work correctly that work is violence against the poor and working class for the protection of the upper class.” This view was echoed by some speakers in the festival.

The conservative weekly digest Le Point countered with its view of the crime novel in an elaborate feature on the “cosy mystery.” Here writers, often in a nostalgic aristocratic vein like S.J. Bennett’s The Windsor Knot on the royal family, return to the “locked room” mysteries which, though they exhibit a good deal of humour, (one of cosy author M.C. Beaton’s book is titled The Quiche of Death and her Absolutely Fabulous-type character is named Agatha Raisin, in homage to her predecessor), disdain any social implications of crime and see it as a puzzle to be solved rather than as an opening onto a deeper examination of the society.

The hard-boiled novelists often echoed Whitmer’s sentiments on the police. In his non-fiction The Business Secrets of Drug Dealing, journalist Matt Taibbi transcribes the account of an anonymous marijuana dealer who claims that the police, far from being the expert sleuths of crime fiction and crime TV series such as C.S.I., in fact operate mainly by grabbing informers off the street and beating on them until they give up names, with the testimony often inaccurate because it is obtained under duress.

The Greek author Minos Efstathiadis whose The Diver is about the relation between Germany and Greece, with the latter subservient to the former during the 2008 government debt crisis, suggested that the police, far from battling crime, are part of a worldwide network that supports the worst elements of criminal activity exploiting the weakest members of society – underage trafficking, drug dealers, child pornography and female slavery. Without that support, he claimed, these activities would never be allowed to flourish.

Arpad Soltesz, from the former Yugoslav country of Slovakia, in his latest novel Swine, writes about how organized crime, in the form of the Calabrian mafia the ’Ndrangheta, has insinuated itself into the highest levels of that society, in both government and law enforcement. The novel which begins and ends with the assassination of a journalist recounts 25 years in the history of the country where one regime, claiming it was battling corruption, succeeded another and then became corrupt itself. Hard not to think of Joe Biden’s equally Trump-like but suppressed Ukraine antics or his promise and then refusal to back the 15-dollar minimum wage; and his “generosity” in forgiving two-tenths of one percent of student debt after promising 50 percent, etc. 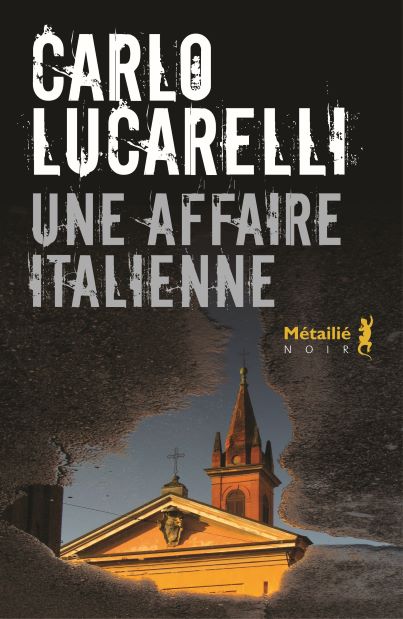 Carlo Lucarelli, whose Commissioner De Luca began as an inspector in the Mussolini fascist period, in An Italian Affair, follows De Luca into the ’50s as, with the U.S. backed Christian Democrats in power, in order to pursue justice, he must join a secret service so secret it was never given a name, where he finds his former fascist police colleagues restored to power.

We are reminded of the continual interplay in the U.S. between the Klan and other right-wing groups and the police, much in evidence in the way right wing violence was tolerated and condoned while any street violence was brutally repressed. In Germany, also, the recent connection between the far-right AfD and the police was also widely reported.

Another use of the noir novel to illuminate social ills was Jurica Pavicic’s Red Water, named the best Euro Crime Novel of the Year. Pavicic is from the ex-Yugoslav country of Croatia and uses the 30-year investigation of the disappearance of a 17-year-old girl to recount three different eras in his native town of Split, on the Dalmatian coast, the most desired tourist site in Europe.

Pavicic explained that he did not travel, but staying put in his native town was like watching three different cities. During the Soviet era in the 1980s Split was a mining town, which he compared to the North of England, which boasted a well-known soccer team, sponsored by the mine. With the fall of the Soviet Union, as in Russia and many of the countries in the East the go-go 1990s “where everything collapsed” saw the deindustrialization of the town as industry moved further East or to Asia and corruption ruled as fortunes were quickly seized.

In the 2000’s Split has remade itself again, this time as part of the global tourist boom in which the Dalmatian Coast has thrived with The Guardian calling the nearby city of Zadar “the hippest place in the world.” Red Water charts these changes with the jaundiced eye of a world-weary observer.

On the cosy mystery side there was Lionel Froissard, a former racing-car journalist, who has just written a novel about the death of the much-loved Princess Diana. Froissard though refuses to entertain the many theories around Diana’s death involving the royal family, and instead blames the death on a poor black woman from the banlieu, or urban slums, focusing not on the potential assassination but on the car that caused the crack-up.

Elsewhere Niklas Natt och dag, from a Swedish aristocrat family who he said “had a good run from the 13th to 16th centuries” and the author of two historical crime novels 1793 and 1794, claimed that he focused on the aristocracy who commit crimes not because they are more untrustworthy than the poor, but because they are more imaginative. 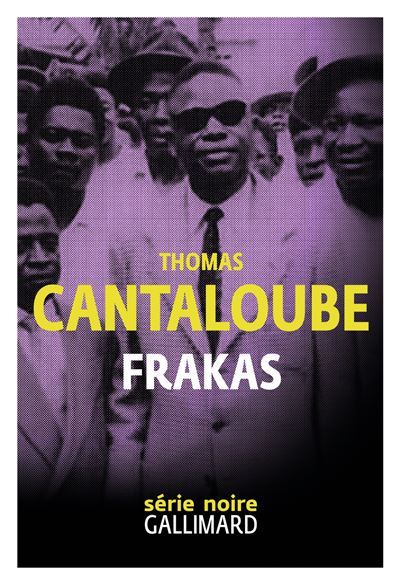 At the heart of the roman noir’s ability to shed light on forgotten periods of history was Thomas Cantaloube’s Frakas, set in France and Cameroun in 1962, where Cantaloube, an ex-journalist for the investigative website Mediapart, related that France, after losing Indochina and Algeria, had settled on as its new colony of choice.

The French government went so far as to commission a study by a team of geologists to determine what raw materials were available to be looted underneath Camerounian soil. Cantaloube’s book details how the French, in the period after Cameroun achieved independence and while it was attempting to achieve financial sovereignty, acted with the government to punish and eliminate those freedom fighters who wanted to continue the struggle.

Cantaloube’s work, both in Frakas and his previous Requiem for a Republic which detailed the merger of gangsters and government in the Marseilles of 1936, illustrates how the noir novel can illuminate social problems instead of concealing them, as practiced in its opposite the cosy mystery.