Robert J. Gallagher, himself a Birmingham boy,  reviews I Don’t Want To Go To The Taj Mahal: Stories of a Birmingham Boy, by Charlie Hill, available here

Oh Birmingham, Birmingham, Birmingham. No river really worth the name, no cathedral to make the jaw drop as much as a millimetre, no natural or man-made asset to stir feelings of inferiority in any of Britain’s other big cities. Not a chance either of ever being mistaken for somewhere responsible for a front-rank contribution to a nation’s cultural identity.

Oh the currents of modern history have tried to help of course. A bit of a Blitz in the Second World War, a profound shift in demographics thanks to fifties and sixties migrants, plenty of imagination and ambition shown by the Council House to fight back against industrial decline. At hand have been some of the ingredients required to imbue a city with a definable tang. And yet, despite the Balti Triangle and Symphony Hall, despite the deft manipulation of heritage shown in the Jewellery Quarter and the restored back-to-backs hard by the Gay Village, Birmingham seems to remain Work City.

Or, more accurately, Work and Shop City, a place where the bulk of the population focus on doing one or the other or recovering from doing one or the other. Somehow today’s Birmingham still feels not quite right, not quite authentic, as the background for tales from a freewheeling, essentially maverick life underpinned by literary yearnings.

All credit then to librarian and part-time novelist Charlie Hill for not allowing himself to be put off by the thought Manchester, Newcastle or Glasgow might have been a spicier backdrop for his jaunty memoir.

Through a long string of concentrated tableaux and anecdotes I Don’t Want To Go To The Taj Mahal describes Hill’s implicit rebellion against materialism, dullness and predictability in the closing decades of the twentieth century. You’ve got it. What we have here is a sheaf of tales about the developing sexual career, the series of crap jobs providing tasty experience as well an income, the gallery of dodgy characters encountered and survived. Pubs feature prominently, especially the defiantly characterful drinkers of Moseley, Birmingham’s bid to possess a small-scale hybrid of Hampstead and Camden Town. Drugs pop up too, especially the stimulant some poor souls find most luscious, the notion that writing can supply both cash and self-realisation.

The book ironically reveals Hill as a true Brummie. He works hard at what he has to do, soaking his cuts of memory in colour and resonance. He not only likes other people, he finds them interesting too. Perhaps. above all, he talks straight with a quote from Samuel Beckett at the start and with the very strong suggestion at the end that death is a bit of a bastard.

If I walked into the Fighting Cocks tomorrow and found Hill claiming he had written a minor classic I’d be very surprised indeed. But I would expect to see him bought a pint or two, on the strength of having made a very decent addition to the literature of a city that is apparently still trying to shake off some sort of curse by Oscar Wilde. 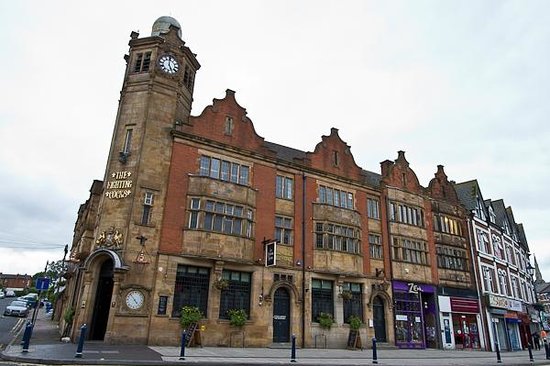 The death of the great Aretha Franklin has come at a time when a great nation is enduring a relentless assault on its dignity from within. But anybody looking for any firm evidence of a peerless singer and a person regularly obliged to pass through the fires of life placing herself at the heart of the anti-Trump Resistance has to look very hard indeed. Aretha was Aretha, not Marvin Gaye, James Brown or Nina Simone, or any other aristocrat of soul music ready to use their music and their fame to highlight the sufferings of black America.

Alongside the three occasions Aretha sang at the inaugurations of Democratic Presidents there can’t be set any “What’s Going On”, Marvin Gaye’s magnificent condemnation of an American social decay affecting blacks above all.

Despite the ease with which Aretha’s name can be associated with Martin Luther King, no stage appearance by her ever had remotely the same social impact as the Boston night James Brown sang on and on to keep potential black rioters off the streets and so out of the clutches of the American criminal justice system.

When Nina Simone paused between songs it was often her opportunity to rail against the prejudice and unfairness heaped on black America. Aretha, essentially, told you what was coming next.

Some opaque mixture of genetic inheritance, individual upbringing and membership of a racial group in which music remains at the very centre of things meant that Aretha Franklin developed a voice, and a command of that voice, which allowed her to be ranked with the supreme exponents of any artistic discipline. Aretha’s star shines in a firmament containing not only Mozart and Tchaikovsky but Shakespeare and Rembrandt too.

Is it a pity – especially from the perspective of the left, liberal/left and everybody else convinced of the conscious improvability of human society – that a sublime talent did not serve as a platform for overt political comment and action? Wouldn’t that have been even more wonderful?

The strong suspicion is black America itself would smile indulgently at such a suggestion. When Aretha hammered majestically into “Respect”, “Think”, even “Chain Of Fools”, only a half-wit would fail to identify the spirit of MLK and the Civil Rights Movement, the force behind the swell of black American energy crucial to Obama’s election. When the unsuspected possibilities of “I Say A Little Prayer” and “Bridge Over Troubled Water” were so gloriously revealed what obtuseness was required to miss the proclamation they made that an America without its black presence would be an impoverished America?

As for the world outside black America, just a single point has to be made. The magic of Aretha Franklin’s artistry enabled her to sustain for most of her career a most valuable illusion. That what she sang, that what you heard, with all its power, subtlety and complexity, was what she felt.

Listening to Aretha Franklin was listening to humanity with an extraordinary, deeply moving clarity. Vulnerable, hopeful, defiant, precious humanity. Subliminally present time after time, surely, song after song, was the same message. A human being, black or white, male or female, however blessed or not by nature, is a unique entity. A human being deserves humane politics.

Goodbye, Doctor Ree. And thanks for everything, including the ever-present instruction implied by your music to oppose Trumpism and all similar backward manifestations.