We know that communism is the right hypothesis. All those who abandon this hypothesis immediately resign themselves to the market economy, to parliamentary democracy – the form of state suited to capitalism – and to the inevitable and 'natural' character of the most monstrous inequalities. - Alain Badiou, The Communist Hypothesis

I would say, if you like, that the party is like an out-moded mathematics. That is to say, the mathematics of Euclid. We need to invent a non-Euclidian mathematics with respect to political discipline. - Badiou, The Concept of Model

Without mathematics, we are blind. - Badiou, Short Treatise on Transient Ontology

First lesson: there's a truth as yet unknown
In every situation, and its place
Is marked out by some problematic zone,
'Evental site', or looming crisis-space
Where – after all the errors that postpone
Discovery – the truth of what's-the-case
Stands clear to view. For now the signs have grown
Quite unmistakable and bear the trace
Of bygone struggles that faint-hearts are prone
To call 'defeats' but communists embrace
As their instructive past. That way they'll hone
A sharpened sense of how the long-haul race
Goes not to those who'll eagerly disown
Old causes vanquished but to those who base
Their hopes on revolutions overthrown
Yet yielding truths no setback can efface.

Lesson the second: lesson one applies
Across as many disciplines as find
Sufficient room for truth, or recognise
How states of knowledge always lag behind
New truth-procedures. These we must devise,
Through thought and force of circumstance combined,
To meet unlooked-for issues that arise
In truth's domain, or forms of double-bind
That current thinking struggles to disguise
Since, by its nature, always pre-inclined
To save appearances. So what complies
With common sense wins credence of a kind
Withheld from that which radically denies
The truth, consistency or sense assigned
By expert lore to those ideas we prize
As if by timeless intellect divined.

Third lesson: mathematics is the key
To thinking through those issues in the spheres
Of science, politics and art that we
Old compartmentalisers must shift gears
To think about at all. What links the three
Is how a grounding in set theory clears
The way to truths which those alone can see
Who understand how each domain appears
Dilemma-prone and without guarantee
Once Cantor's infinite breaks old frontiers.
This shows the mirage of consistency
To license our discounting all that veers
From any norm where those allowed to be –
To count as subjects, citizens, or peers –
Are just those who, the ruling powers decree,
Can best ensure the counting-scheme
coheres. 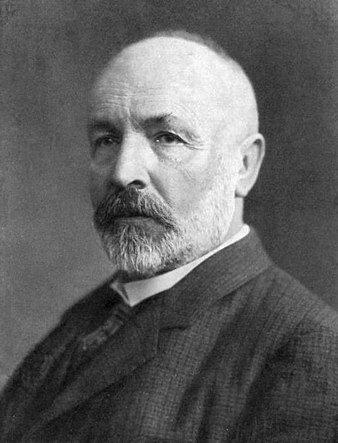 Fourth lesson: it's anomalies like those
That plagued set theory which gave rise to its
Great revolutions, just as tests expose
An unknown problem with the working fits
In some machine, or analysts disclose
How certain logic-systems fall to bits
If rigorously quizzed. This also goes
For sites where some state apparatus pits
Its power against the multitude yet throws
The system into crisis when it hits
One non-included multiple that grows
In number, size and force. This then permits
No mere adjustment of the ratios
To ease the deadlock or to call it quits
Since such anomalies entail who knows
What threat to all the state's survival-kits.

Lesson the fifth: we communists will err,
And seriously so, if we should take
A vulgar-Marxist line and so declare
Ourselves resolved in principle to break
With all that 'abstract', 'formal', or 'armchair'
Philosophising. Such a view would make
Small sense of my expending so much care
On laying out events in Cantor's wake,
Or my erecting castles in the air
Around them. All these efforts for the sake –
So grumble the innumerate – of their
Enabling me to claim an active stake
In the ongoing struggle. Yet my share
Involves (they say) procedures so opaque
And technical that very few would dare
To call me out as muddle-head or fake.

Sixth lesson, just for them: if it's concrete
Reality you want, then nothing's more
Entirely up your preferential street
Than all those numbers you'd have us ignore
As 'merely abstract'. Fact: the balance-sheet
Of every corporation shows they store
Our fates and futures like a trick-or-treat
Run wild. Truth is, the further we explore
Their complex ways, the better chance we'll meet
Those horrors that left-moralists deplore
With sharp analyses of how the cheat
Works out in detail. That's just when the lore
Of capital serves handily to beat
Off challenges, so our best way to score
Max points against it is to turn the heat
Up mathematically: wage number-war! 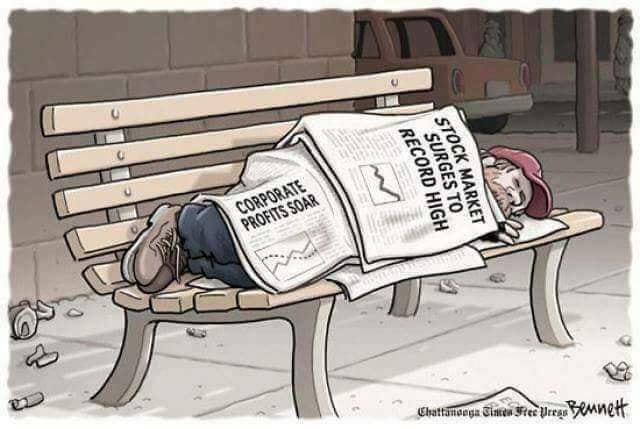 Another Day Under Corporate Control, by Clay Bennett

And that's my seventh lesson: we should choose
Our ground with utmost care, make sure we play
Our cards right tactically, but also use
Strict thought-procedures that insist we pay
The past due heed. They point to what ensues
From our hypothesis when, come the day,
Some mounting perturbation puts the screws
On every link that held revolt at bay
Until things took this turn. We look for cues,
Us communists, in what the papers say
About such happenings. But – please excuse
My coming back to it – we need a way
To link whatever piece of current news
Grabs our attention with the dossier
Of past (don't call them 'failed') popular coups
Wherein we read hope’s mixed communiqué.

For lesson eight's the truth that Cantor showed
And that's borne out implicitly by all
Attempts to crack the errant master-code
Of politics. It says that off-the-wall
Procedures, like events, might just explode
All bounds and show how change goes epochal
By yielding some unguessed-at episode
That far exceeds thought's finite wherewithal
Or drives its systems into overload
At every point. Hence Cantor's Saul-to-Paul
Conversion on the long Damascus road
That started out from scruples deep in thrall
To fear of all the paradoxes stowed
In the bad infinite. Yet soon they'd fall
Like bread from heaven as thinking overflowed
All limits that the finite would install.

So, lesson nine: no crisis-point so taut
With future possibility as that
Which comes unnoticed by the expert sort
Of change-predictor out to bell the cat
Of revolution. Fending off that thought
Is just what they're so very expert at,
Like those old dix-huitards who still hold court
On what went wrong in '68, or chat
Dismissively about the battles fought
To save the Paris Commune, or – old hat
To them – have their obligatory sport
With notions of the proletariat
As vanguard class. Close kin to those, in short,
For whom the Cantor great leap forward begat
Such monsters that they did their best to thwart
Its spread with every queasy caveat. 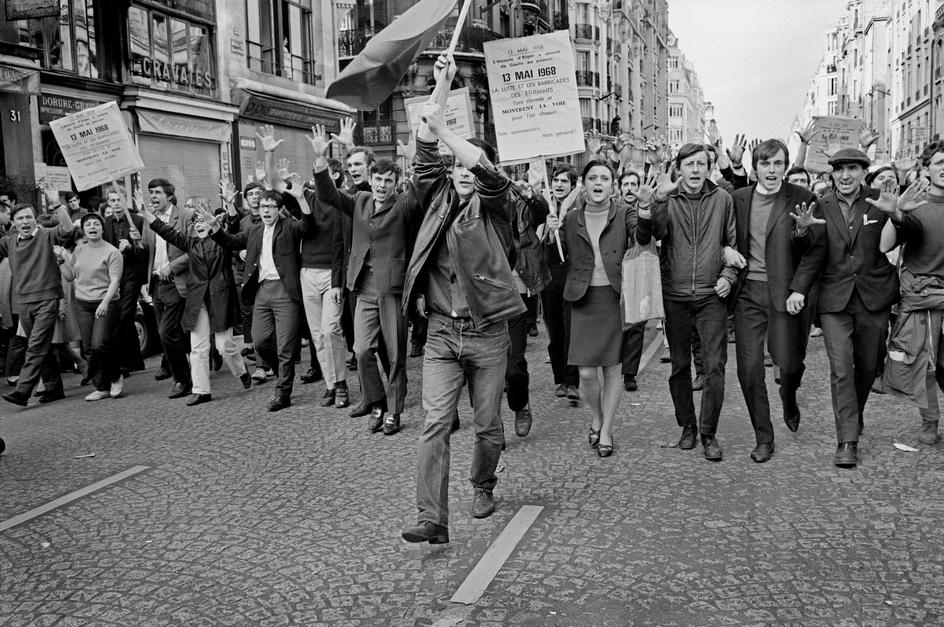 For lesson ten I leave you to reflect
On Jean Cavaillès whom the Nazis shot
As a résistant, one whose intellect –
Whose work in mathematics – showed him what
It likewise meant in ethics to select
One's axioms and pursue them though you'd not,
At first, decisive reasons to expect
They'd see you through. That fatal trouble-spot
Makes him a case apart, but helps connect
The truth-procedures scientists have got
To follow lest their errors go unchecked
With those that once convinced the sans-culottes
To let no bourgeois allies redirect
And skew the course of their self-scripted plot.
Agreed: ten lessons drawn from Marx and Brecht,
But think how Cantor cut the Gordian knot. 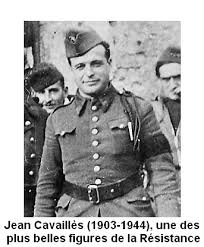 Marx's revolutionary reading of the Bible

Contradiction: the crucible of historical materialism