5 May 2018 marks the bicentenary of the birth of Karl Marx. To commemorate this the Ken Sprague Fund organised an international cartoon and caricature competition which drew over 150 entries from artists around the world.

Ken Sprague was one of Britain’s foremost politically-committed graphic artists and the fund was set up to commemorate his work as well as the ideas he stood for. This competition was dedicated to Tony Farsky, a close friend of Sprague’s and himself a long-time supporter of progressive causes.

The jury awarded a joint first prize to Stefan Siegert of Germany for his caricature of a laughing Marx (see above) and Ukrainian cartoonist Konstantin Kazanchev for his cartoon of Marx confronting a young skateboarder wearing a Che Guevara T-shirt. 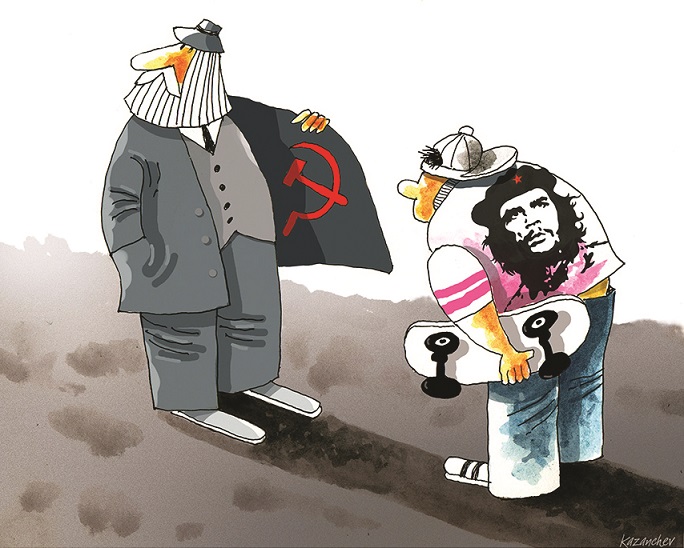 Second prize went to Raed Khalil from Syria for his black-and-white drawing of a bust of Marx’s head with a flock of birds breaking into flight from it. 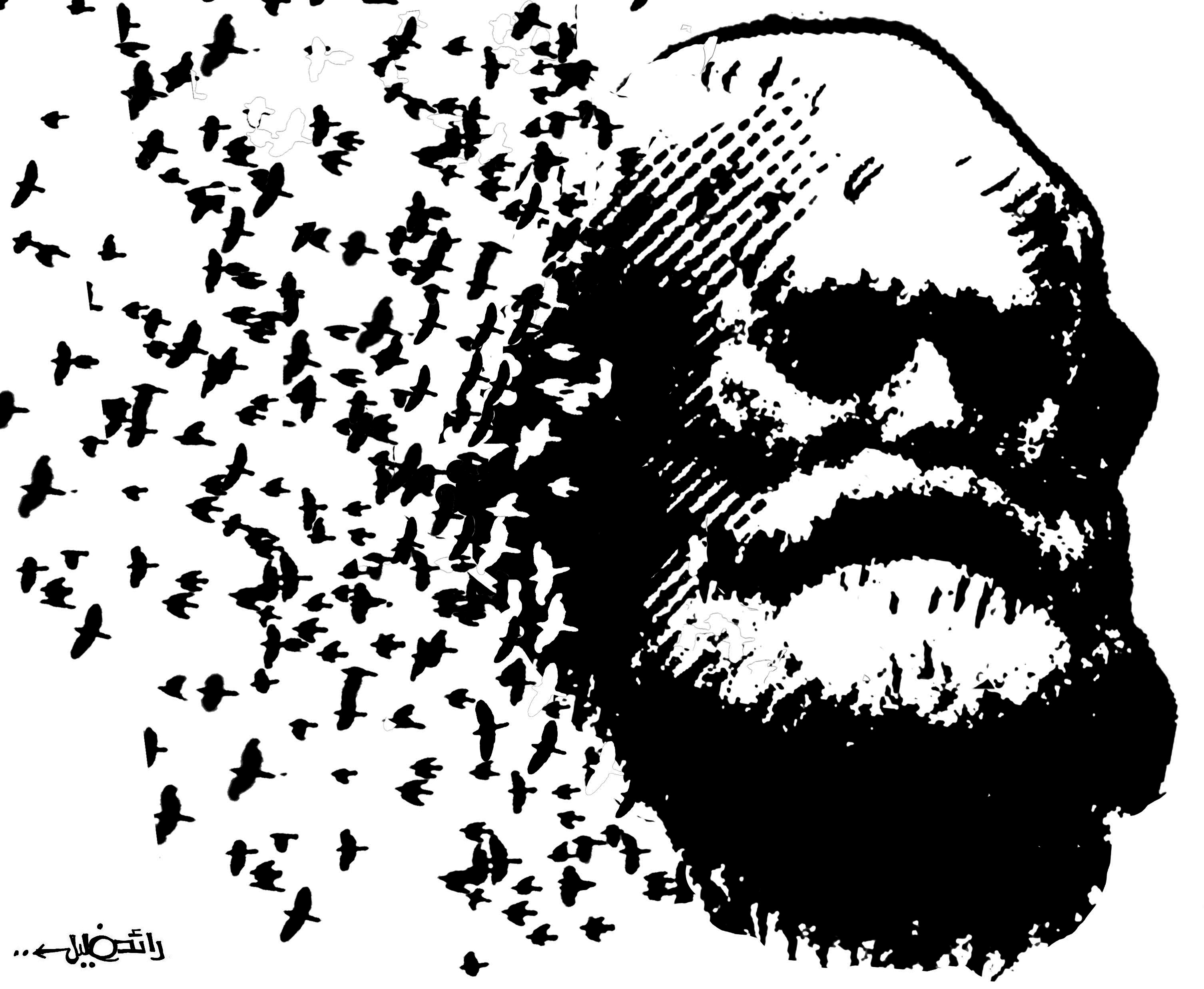 Third prize was awarded to Ehsan Ganji from Iran for his cartoon of an assembly worker manufacturing truncheons for a police force that will then use them to beat protesting workers. 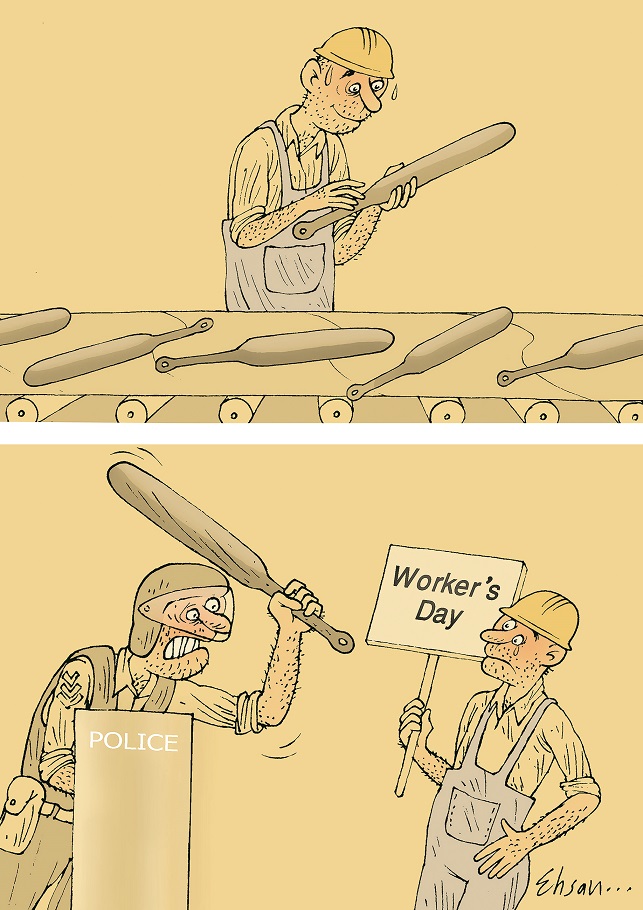 Marx would surely have been tickled — and maybe honoured — to see himself caricatured, lampooned and eternalised in such humorous ways as demonstrated by the images in this exhibition. What the cartoons and caricatures do reveal is a wide range of political interpretations — some portray Marx himself, others indict capitalism and yet others vilify the whole Marxian outlook or ridicule its impact. Some are sharply funny, some deadly serious and yet others acerbic.

Guardian cartoonist Martin Rowson says of the catalogue: “I got my first big break doing gags about Karl Marx. The point, however, is that so did he. Any idiot who thinks of Marx as a dour, 'humourless leftie' has never read him and probably never met a proper leftie either. This splendid book should put them right on both counts.”

What is most striking about almost all the submissions to this competition is how unnecessary language or translations are. Despite cultural and language barriers, most use a visual imagery that can be understood internationally, across all cultural, religious or political barriers and boundaries.

Cartooning and caricature have a very long tradition in most countries, but it has never been an easy occupation. Even today in some parts of the world cartoonists risk harassment, imprisonment or worse for taking on the mighty and powerful. In countries where there is no free press or a strongly censored one, cartoons and caricatures take on an added significance.

Cartoonists are the modern equivalent of the ‘Fool’. They are granted a licence to say and visualise opinions and viewpoints that would probably be unacceptable and outrageous if expressed by public figures. They take on leading politicians, celebrities and lampoon them, expose their hypocrisy, shallowness and egotism. Cartoons always work through ridicule, laughter, bitter irony and satirical barbs. They deflate pomposity and strip away the trapping of status and power. Cartoonists provide us with an alternative narrative to that provided by the mainstream media. Their imagination is infinite. Cartoons capture what screeds of print cannot do. They encapsulate complex phenomena in one-off visual metaphors. They also underline the ridiculousness of human beings slipping on their own discarded banana skins - engineers of their own downfall.

Our intention in organising competitions like this – the fourth under the auspices of the Ken Sprague Fund – is also to help stimulate young cartoonists and give encouragement to cartoonists everywhere to use this powerful tool against oppression, the arrogance and pomposity of power and speak up for the little people of the world, those with limited access to the wider media.

The Ken Sprague Fund was set up shortly after his death in 2004, to celebrate and build on his multi-faceted artistic creativity and humanitarianism. Among his many talents, Ken was also a great cartoonist and in celebration of this aspect of his creativity, the Fund organised Britain's first international political cartoon competition in 2006, and has held another three since then.

'Cartoonists', he once said, 'are often, but unfairly, not considered to be artists at all. The question, "but can you draw properly too?" is a familiar one to most cartoonists.' Such attitudes were reflected in the fact that few of the original cartoon drawings from previous generations exist today; they were often discarded after publication, not considered worth keeping. In our somewhat more enlightened times, they are now viewed as vital historical documents as well as works of art in their own right.

The catalogue, I’ll have the Last Laugh Yet! with the winners and a selection of the best images is available online or from bookshops for £8.99 plus p&p. The exhibition ‘Laughing with Marx’ runs from 23 April until Fri 11 May in the Guardian HQ foyer, The Guardian , Kings Place, 90 York Way, King's Cross, London N1 9GU. It is free of charge.

Prints of the caricatures and cartoons exhibited here can also be purchased. For details contact the Ken Sprague Fund, 11 Dorset Road, London W5 4HU or email This email address is being protected from spambots. You need JavaScript enabled to view it. 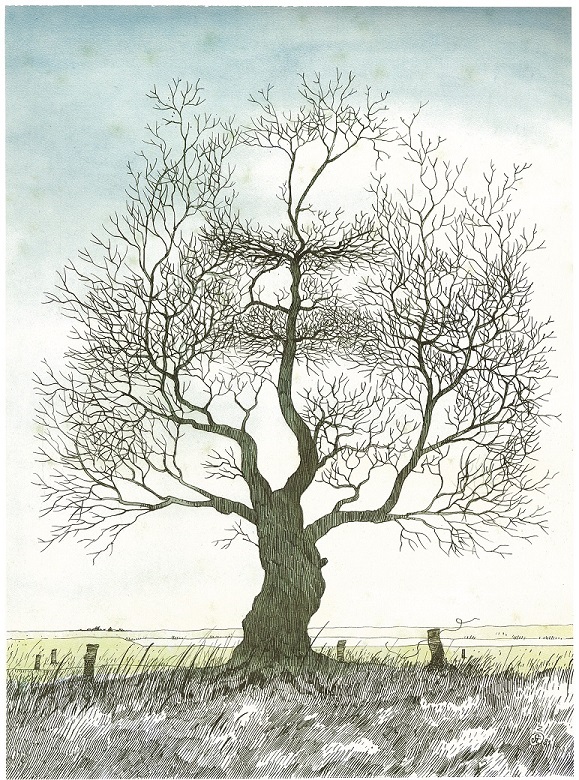 'That mankind's physical and spiritual life is linked to nature means simply that nature is linked to itself, for man is a part of nature' - Marx, Economic and Philosophical Manuscripts, 1844. Cartoon by Stephen Sieger, from the book.