Want to turn the world upside down in 2020?  Philosophy Football’s Mark Perryman has found ten books to help us on the way 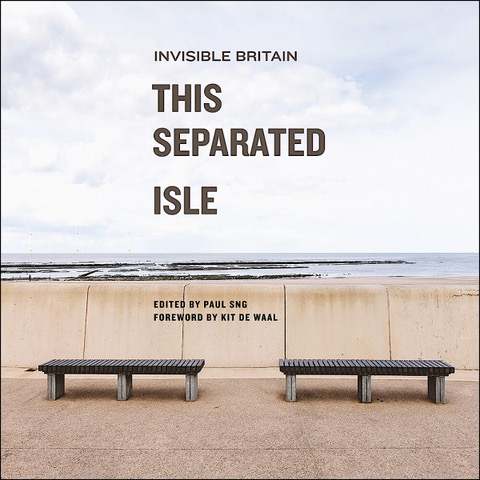 1. On Fire: The Burning Case for a Green New Deal, by Naomi Klein

The issue that should have dominated the 2019 General Election, but didn’t, the climate emergency. Despite this it’s not going to go away, the Australian bush fires are simply the preview of long hot summers that will come Europe’s way, along with ever increasing risks of floods. Naomi Klein wears Trump’s ‘prophet of doom’ badge with honour and in her new book On Fire is unafraid to map out a planet on the verge of a breakdown, together with a plan to do something about it. 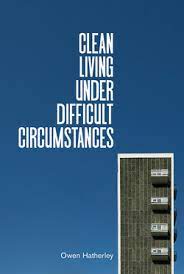 2. The Case for the Green New Deal by Ann Pettifor

A small group of economists have been working on a ‘Green New Deal’ since the mid 2010’s . The idea was revived and made popular first by the U.S. Democrat Party’s Alexandria Ocasio Cortez early championing of the idea on her election to Congress in 2018, and then once more last as the highlight of Labour’s 2019 general election manifesto. Ann was one of that original small group, and The Case for the Green New Deal serves to inform and inspire a politics of alternatives to the otherwise forthcoming destruction of our planet. 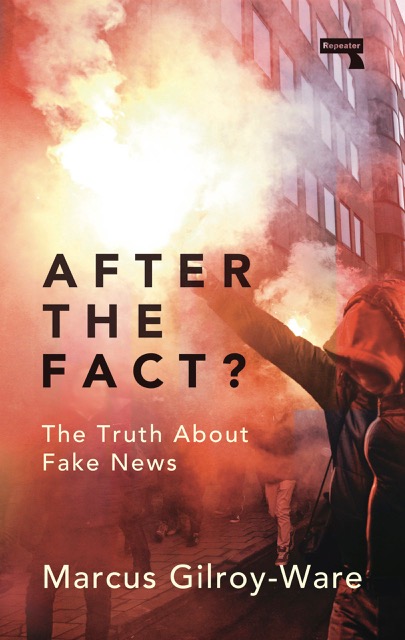 3. Now We Have Your Attention, by Jack Shenker

While it is absolutely right to seek to establish a commonsense understanding that the Climate Emergency changes everything, this won’t happen by ignoring the fact that for most life goes on, because there is no other choice.  Now We Have Your Attention by Jack Shenker is a guidebook to this stark reality. The precariat, hollowed out communities, a debt-ridden generation, but also day-to-ay resistance by casual workers, renters’ unions, and grassroots Labour members. A book to both make sense of - and change - the world. 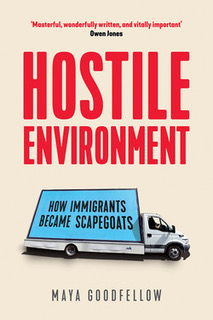 There’s not much doubt that the 4 years of the Brexit Impasse has ramped up a resurgent, populist racism. That’s not to say Brexit is a racist project, but too much of the discourse around it is. And that in turn was built on the legitimising of racism via government policy to create, remarkably in its own official words, a ‘hostile environment’. Maya Goodfellow’s Hostile Environment expertly unpicks the background of how contemporary racism has been framed by this process and the widespread failure to challenge the basis of it. 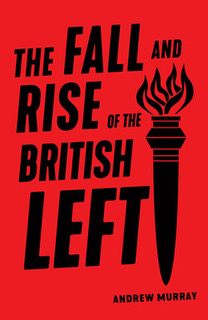 5. The Fall and Rise of the British Left, by Andrew Murray

It might be thought in some quarters publishing a book on the eve of the 2019 General Election entitled  The Fall and Rise of the British Left  would mean only one thing in 2020 - the remainder bins.  But Andrew Murray comes from the school of thought that takes the long view. We are where we are, but that doesn’t mean that’s where we’ll stay. His account starts in the early 1970s to track this fall and rise through to the eve of the election. The downs are of more immediate relevance right now - the ups might have to wait. 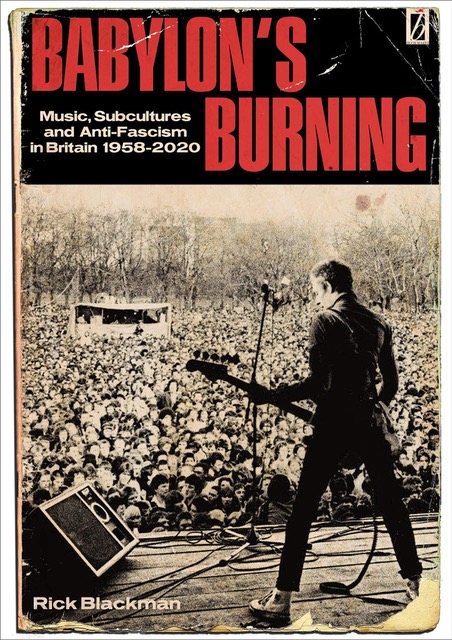 6. The 43 Group and Their Forgotten Battle for Post-War Britain, by Daniel Sonabend

For an inspiring take on the art of the possible, Daniel Sonabend’s We Fight Fascists cannot be bettered. The largely hidden history of the Jewish ex-servicemen who on their return to Britain from the war witnessed Oswald Mosley’s attempted comeback and set out to stop it. They did this by any means necessary, but mainly through hard-faced, well-organised, physical confrontation. Not for the politically faint-hearted - have a milkshake handy whilst reading. 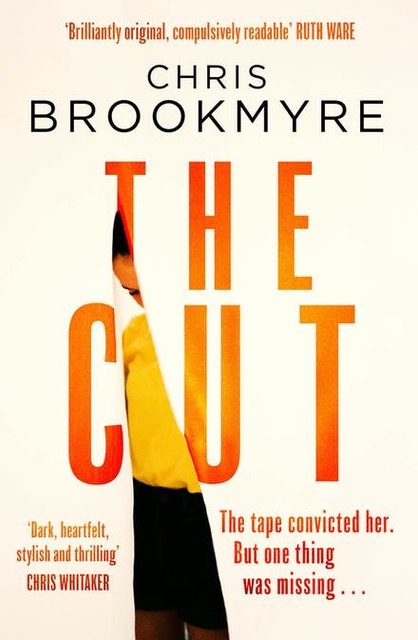 What would the 43 Group make of the Labour Party being portrayed as an antisemitic party? The rigour of the approach by the academic authors of Bad News for Labour cannot be faulted, there is a wealth of detail here. But what is lacking is a broader political perspective - there should be no ifs or buts, no need to qualify or contextualise our opposition to all forms of racism, and that includes antisemitism. Even - and arguably especially - when those victims aren’t allies of the Left on the question of Palestine. The really bad news for Labour is that too often, too many have appeared to fail that simple test. 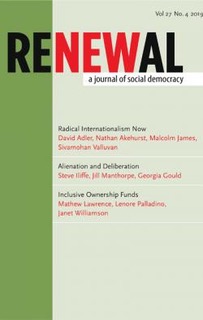 8. Renewal: A Journal of Social Democracy

OK so strictly speaking this is not a book, but a quarterly journal. However add four issues of Renewal together in the course of a year and you'll have the most up to date, debate and analysis of  Labour politics from a left social-democratic standpoint. Which given the current trials and tribulations of the Labour Party, the shallowness of the debate therein, and the uncertain direction of the party thereafter, makes Renewal uniquely placed to provide an indispensable read in 2020. 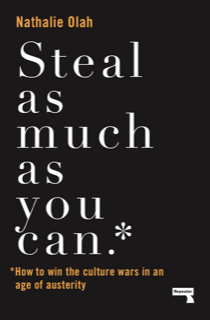 9. Steal as much as you can: How to win the culture wars in an age of austerity, by Nathalie Olah

Steal as Much as You Can has to be the runaway winner of the best book title for essential 2020 reads. Nathalie Olah has written an  effortless traversal of the terrains of politics and culture, unpicking their mutual reconstitution in the grip of austerity and neoliberalism. A book that never surrenders to left miserabilism, instead offering the kind of manifesto of generational hope that 2020 demands. And along the way unafraid to pay off its intellectual debts, to Stuart Hall and Mark Fisher in particular. What’s not to like? 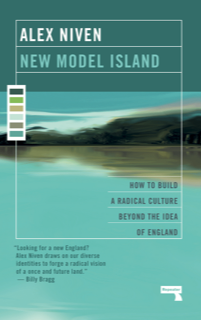 10. Island: How To build a radical culture beyond the idea of England, by Alex Niven

As soon as Rebecca Long-Bailey inserted the words ‘progressive patriotism’ into  her pitch for the Labour leadership, all ideological hell was let loose from that part of the Left that holds dear to the idea that ‘there’s nothing progressive about patriotism’.  Alex Niven is deeply suspicious of the idea of inserting ‘Englishness’ into all of this, yet ironically in New Model Island he reveals a keener sense of England than most.  What he favours is a resurgent regionalism, to let a thousand ‘Englands’ flower, and create what the book proclaims is a ‘dream archipelago.’  As Britain stands, post-Brexit, on the verge of a constitutional breakdown, New Model Island is the essential guide to the troubled year ahead.

Mark Perryman is the co-founder of the self-styled ‘sporting outfitters of intellectual distinction', aka  Philosophy Football.