Sanjiv Sachdev is a Senior Lecturer at the University of West London. Formerly a trade union research officer, one of his interests is political art.

Sanjiv Sachdev reviews Another Kind of Life, Photography on the Margins at the Barbican Art Gallery.

Photographer Mary Ellen Mark’s comment that she is “…interested in people who aren’t the lucky ones, who maybe have a tougher time surviving, and telling their story” could be the motif for this entire exhibition. This unsettling, fine, wide-ranging show displays the work of some 20 photographers who, in disparate but connected ways, capture the lives of those who, for reasons of class, race, gender, age, sexuality and sometimes just inclination, live on the margins of society. Subjects who are often ignored, perhaps seen as taboo, transgressive and disreputable, find centre stage. It offers an alternative and diverse, multi-voiced narrative to the dominant cultural discourse of the last sixty years.

Appropriately in a globalised world, the images range not just from the hidden sub-cultures of the United States and England, but also the dark, raw, seamy underworld of Tokyo’s back streets (Daidō Moriyama and Seiji Kuratabut), the brutal, stifling conformity of Pinochet’s Chile (Paz Errãzuriz) and the Mexico of sex workers, drug wars and cartels (Teresa Margolles). There are also striking images from Soviet Russia, Nigeria, France, the Ukraine and India.

Many of the photographers immerse themselves in the world’s they depict, acquiring a deep understanding of the worlds they seek to represent, sometimes over decades. Many of the pictures bear out Susan Sontag’s view that photos can dignify lives by given them attention - this is worth recording, examining closely, echoing Arthur Miller’s call that ‘attention must be paid’.

Phillipe Chancel’s images of the urban young of 1980s France hark back to the clothes, hairstyles of 1950s United States (as do, in different ways, Chris Steele-Perkins pictures of the Teddy Boys of 1970s Britain) when teenagerdom became a major social presence, what the critic Sean O’Hagan calls a ‘retro-rebellion built on an obsessive attention to image and style’.

Chancel discovered two Parisian gangs - the Vikings and the Panthers. Unlike many of the racist and right-wing gangs of the time, they were multiracial (‘black, blanc, beur’) or mainly black, and can be seen as precursors of the modern ‘Antifa’ and ‘chasseurs de skins’ (skinhead hunters). Rival racist gangs sported the confederate flag as do racists in current US conflicts.

The untitled 1982 images are ones of youthful lust and rebellion against authority, with a certain defiant swagger. Another picture in the show has two young men at the Republique metro stop - implicit is the failure of the Republic to live up to its professed ideals and legacy of its colonial past (‘We are here, because you were there’ in the words of A. Sivanandan).

Even more so than in 1977, the age of the smartphone has meant a glut of images. Many of us have become, to use Sontag’s pungent phrase, ‘image junkies” addicted to “an aesthetic consumerism… it is the most irresistible form of mental pollution”. A camera’s rendering of reality can hide more than it discloses - Brecht’s observation that a photograph of the Krupp works reveals virtually nothing about that organisation remains pertinent. But as Sontag also observed ‘Photographs cannot create a moral position, but they can reinforce one - and can help build a nascent one’.

This show of lives blighted, of lives defiant, of despair, resistance and occasional exuberance contains many surprises and unexpected pearls. Strongly recommended.

Thursday 24 May 7pm, Art Gallery - To celebrate the final week of Another Kind of Life: Photography on the Margins The Choir with No Name will perform in Barbican Art Gallery. Established in 2008, The Choir with No Name is a charity running choirs for homeless and marginalised people in London, Liverpool and Birmingham. Rehearsing weekly and performing in a wide variety of places – from homeless hostels to concert halls – the group harnesses the restorative nature of singing together, reinstating a sense of pride and self-belief that may have been lost. 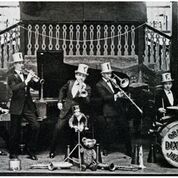 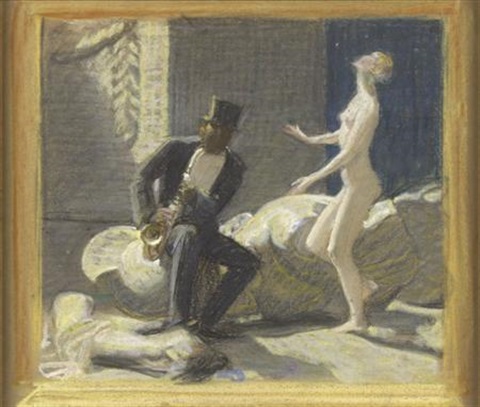 Sanjiv Sachdev reviews Exhibit A, a witty and politically subversive exhibition of mask images of celebrities by Hugh Tisdale and Dan Murrell.

‘Fame, puts you where things are hollow’

Celebrity masks of the likes of Simon Cowell, Princess Diana and Robbie Williams, are a familiar sight in tourist sites and seaside resorts. ‘Exhibit A’, a new show by Hugh Tisdale and Dan Murrell, converts this commonplace tourist trinket to witty, subversive and sometimes disturbing effect.

A rich seam of political caricature runs through British art; from Hogarth, James Gillray and Thomas Rowlandson to modern day equivalents of Peter Kennard, Martin Rowson and Steve Bell, the wealthy, privileged and powerful are interrogated, scrutinised and savaged.

‘Exhibit A’ stands in this tradition. The legacy of John Heartfield’s coruscating photomontages, that foretell and depict the savagery of the Third Reich, is also evident. There are also echoes of that notorious inquisitor of fame, Warhol, the presence of Mao and Monroe inevitably invite comparisons. Fame, benign or malign, is weighed and questioned. In an era where fame is no longer seen as a by-product of achievement, but a pre-eminent value in its own right, these questions are worth posing.

Masks have a long history in culture and art, enabling the concealment of individual identity and the assertion of others. Greek theatre masks enabled transformation into an array of roles, be it satyr or god, young or old, man or woman; Venetian masks were a subversive response to one of the most rigid class hierarchies in European history; African masks hugely influenced Picasso’s revolutionary ‘Les Demoiselles d’Avignon’; ‘V for Vendetta’ Guy Fawkes masks were a ubiquitous feature of the Occupy era. Today’s Facebook age has social media ‘masks’ that portray cheery pictures of full lives of contentment and achievement concealing mishaps, setbacks or flaws.

Fifty mask images, of mostly twentieth century figures, line the gallery walls. Appearances are deceptive – what initially appear to be photographs actually use a range of techniques including intricate drawing, crayon, watercolour as well as deft photo-shopping. Some are black and white, others in colour. The punched out eyes in the masks vary in size and character and produce a dead eyed, glassy glare, removing human warmth with blankness.

Despite this, some of the pictures retain a benign aspect, including Orwell - sans eyes, Big Brother isn’t watching you? – the Dalai Lama, Stalin, in ‘Uncle Joe’ mode rather than that of murderous despot, and an avuncular Nixon, a mask of whom was used in a bank heist scene in the film ‘Point Break’. Without eyes, Pele and Frank Zappa take on a decidedly belligerent air. Marie Curie appears to assume X-ray eyes. Very apt!
Some themes are apparent, such as Artists as Art. Duchamp, one of these, would surely approve. Sometimes, the techniques used are associated with that artist, such as watercolour for Hockney. Damien Hirst, has ‘PRODUCT’ scrawled graffiti-style on his face and his lips appear sewn together, a critique of one whose artistic integrity is corrupted by Mammon. The cold, menacing image of Myra Hindley seems to allude to Marcus Harvey’s infamous portrait. Musicians are a prominent presence. The biro-blue of William Burrough’s picture reflects Burrough’s shambolic writing method. Many of the pictures are of iconoclasts who are now icons - Wilde, Malcolm X, Dylan, Picasso, Simone.

Some juxtapositions are particularly striking. A coarse, Super-8-textured image of JFK, with an extra bullet hole added, is near a black and white one of the last images of Lee Harvey Oswald, shortly to be assassinated himself. Nixon smiles near the terrified face of a Vietnamese child. A saccharine, almost kitsch, Christ stands close to Lennon, bringing to mind that latter’s then controversial remark that “We’re more popular than Jesus”. Some iconic fictional figures are present – the pared down Clockwork Orange is especially effective and memorable.

One of the most disturbing images is that of Jimmy Saville, whose ghoulish black and white face, redolent of an almost fairy tale evil, wears rose-tinted glasses to chilling effect. Another horrific image is that of 2nd Lieutenant Henry Lumley, whose grievous first world war wounds still shock and appal.

The exhibition is one of unsettling art for unsettling times. Trump, in all his orange, poisoned open-mouthed glory, is, with grim inevitability, one of the 50, and was selected before his shock victory. With its thoughtful blend of reflection, comment and protest the show merits a wide audience.

‘Exhibit A’ by Hugh Tisdale and Dan Murrell, is on at Rich Mix, Shoreditch, London, till Saturday 28th January 2017.