Paul Sng’s films – Sleaford Mods, and Dispossession: The Great Housing Swindle – have explored the lives of working-class people who have been ignored, marginalised or demonised by mainstream media, and who are protesting and challenging the status quo in some way.

In this new book of documentary photographs, the portraits and accompanying text tell the untold, invisible stories of people who have been targeted by austerity economics, left behind by cuts to public services and excluded from mainstream media narratives. 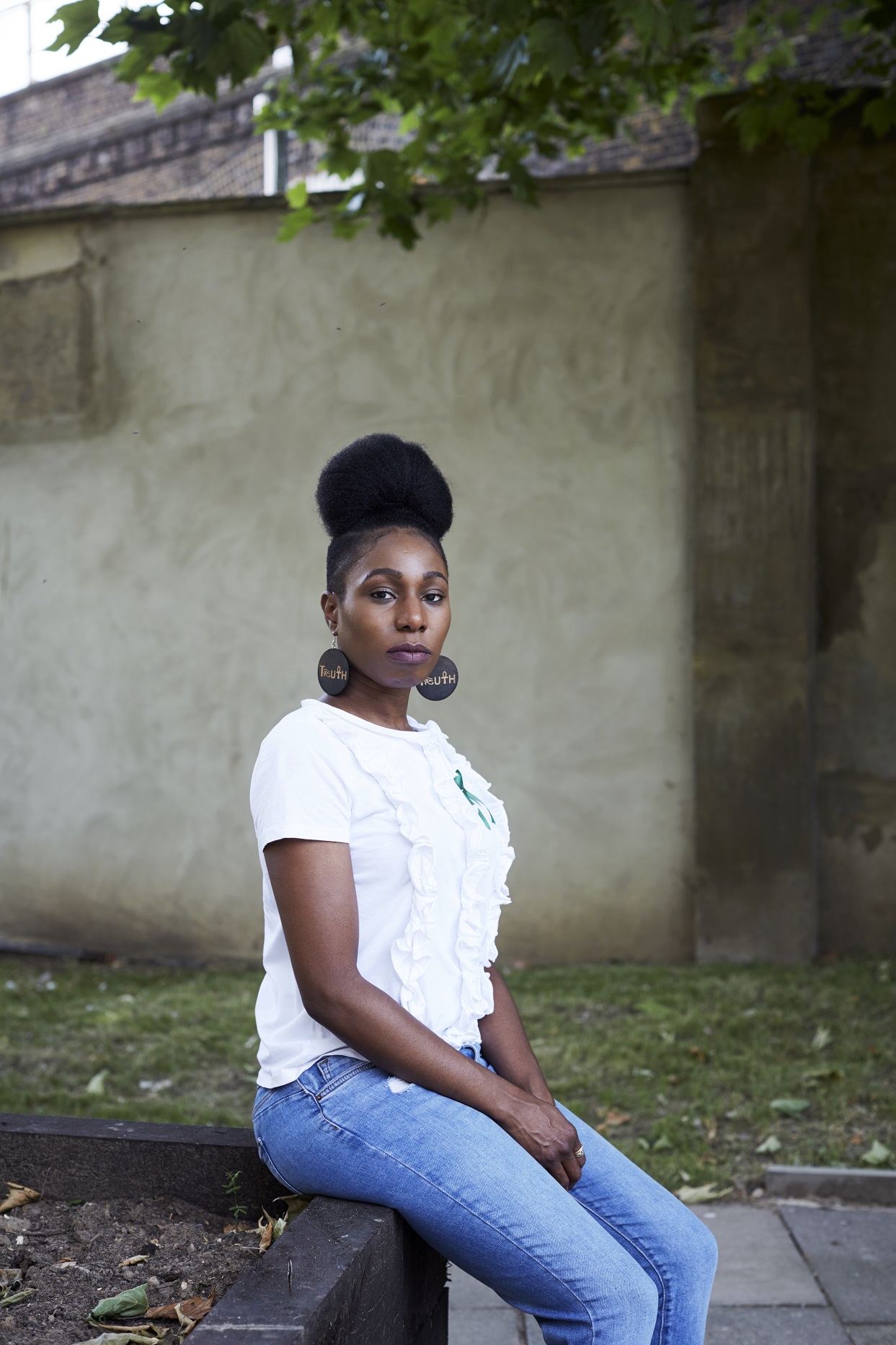 The subjects look out at us in a dignified, equal way. They’re not case studies of despair to grit up a superficial TV drama, nor are they illustrations of some story about benefit scroungers. They are sensitive, revealing and empathic portraits – some inspiring, some heartbreaking – of ordinary people with stories to tell us. 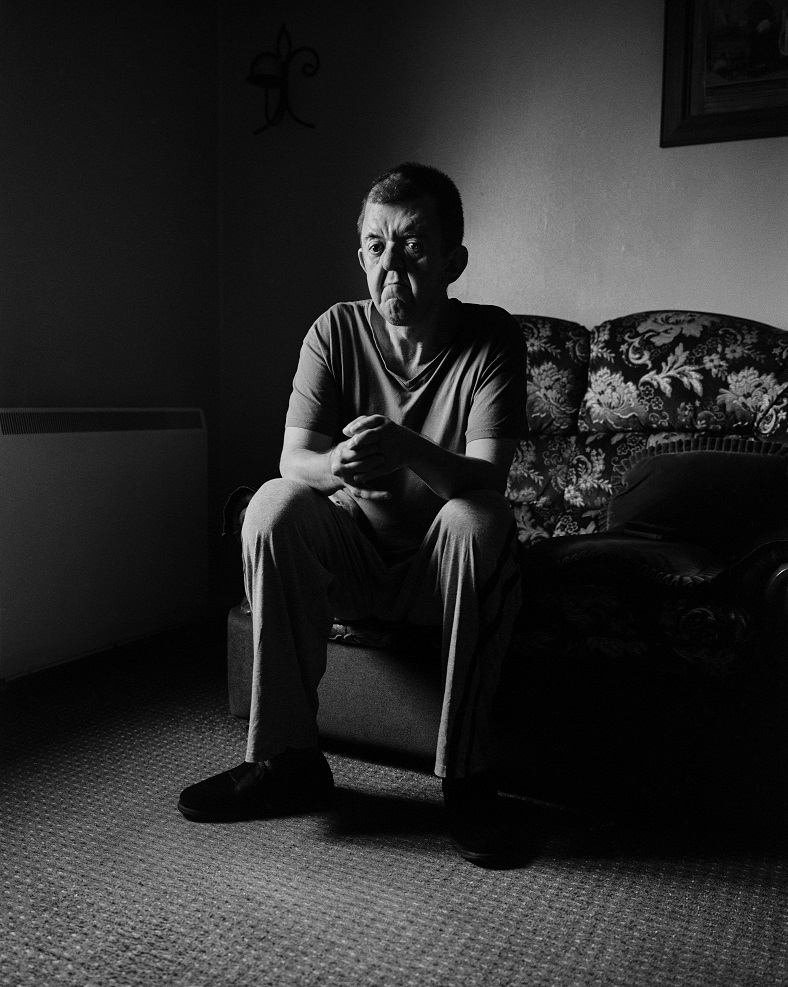 Their stories are about their setbacks and suffering, and the various ways they persist in fighting back. Not just through political campaigning, but through voluntary caring work with prostitutes, disabled people, ex-offenders, drug users, and other poor, oppressed and exploited groups in modern capitalist society.

These people have all experienced suffering, exploitation and discrimination, against themselves and those they care about. But their determination, resilience and sense of solidarity shine through both their portraits and their stories. It is striking how much their experiences and values have made them politically aware, quite conscious of the punishment handed out to them by a rigged economic and political system. 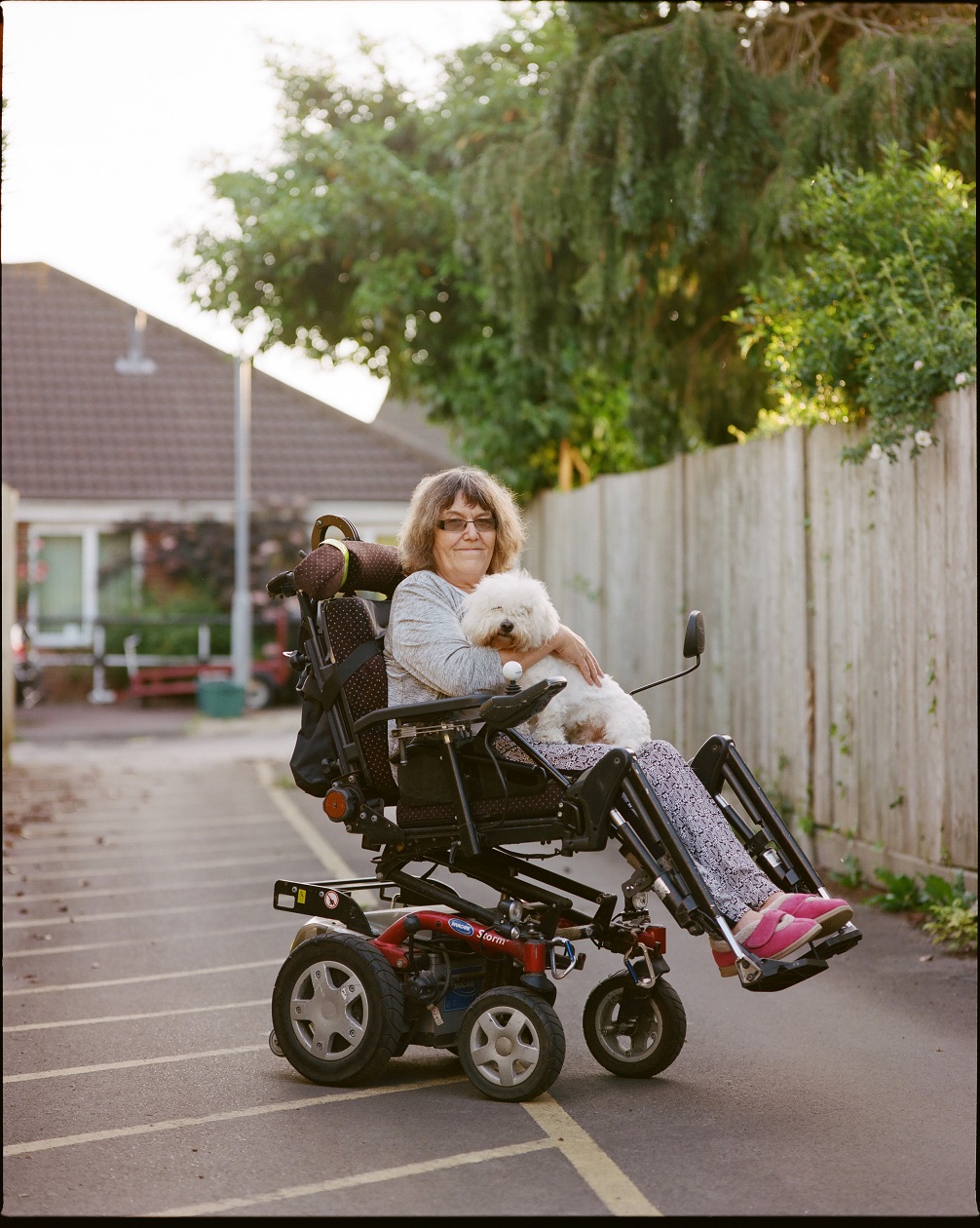 The value, beauty and power of this book lies in its creation of an alternative narrative that challenges all the stigmas and stereotypes that have been generated by the de-industrialisation, discrimination and class conflict of the last few decades of neoliberal capitalism. It is a fine example of the art of photography being used not to fool us with glossy photoshopped adverts of skinny models and shiny cars, but to tell the plain truth of people’s lives these days, and to stimulate our compassion, empathy and desire for radical change.

Ken Loach has said this about the book:

This book illustrates a truth we cannot ignore. Class conflict is at the heart of our society, the inevitable consequence of this economic system. This should be the first principle of our politics. Paul Sng also shows another eternal truth: in the end, people always fight back. Our task is to ensure that their resistance is not in vain.

It is indeed a vivid and truthful account of contemporary class conflict and struggle. But as well as its value as a document, it is also itself part of the cultural struggle – a protest and an inspiration to us all to join and help achieve a better life for the poor, the marginalised and the oppressed – and ourselves.

Invisible Britain: Portraits of Hope and Resilience is published by Policy Press on 1 November. Editor Paul Sng will be touring the book with a series of Q&As and screenings of the film (reviewed here) that helped inspire the book, Sleaford Mods – Invisible Britain, from 1-10 November. Dates and details via www.invisiblebritain.com

Q. Can you tell us about your films -- Sleaford Mods: Invisible Britain and Dispossession: The Great Social Housing Swindle?

I fell into filmmaking at the age of 38. Until then I'd worked in a series of office jobs, and before that in bars and shops. I was inspired to make my first documentary after interviewing the band Sleaford Mods in October 2014. They mentioned that they were going to be doing a tour of small venues around the UK in places where a lot of bands don't usually go, some of which were in deindustrialised areas like Barnsley and Stockton-on-Tees, and inner cities that had suffered heavily from government cuts to public services.

It was one of those lightbulb moments. I thought, 'That would make a great documentary'. The idea was developed to be part band doc, part state of the nation film. In each place we visited, we met with people in the local community to ask them how austerity and other unpopular government policies had affected them. The film was shot in the run-up to the 2015 General Election and came out in cinemas in October 2015. 11 months from concept to theatrical release, self-distributed. It's very raw, and perhaps too polemical, but it got noticed and gave me a new career as a filmmaker.

I made my second documentary, Dispossession: The Great Social Housing Swindle, in 2016/17. I made it to examine the neglect and mismanagement of social housing over the past few decades, and how this had affected residents in various areas and council estates in London, Nottingham, and Glasgow.

It came out on 8 June 2017, the day of the last General Election. Five days later, the Grenfell Tower fire happened, which made the film even more relevant. We ran a campaign in tandem with a nationwide tour of Q&A screenings to try and raise awareness about the issues, which was well received. 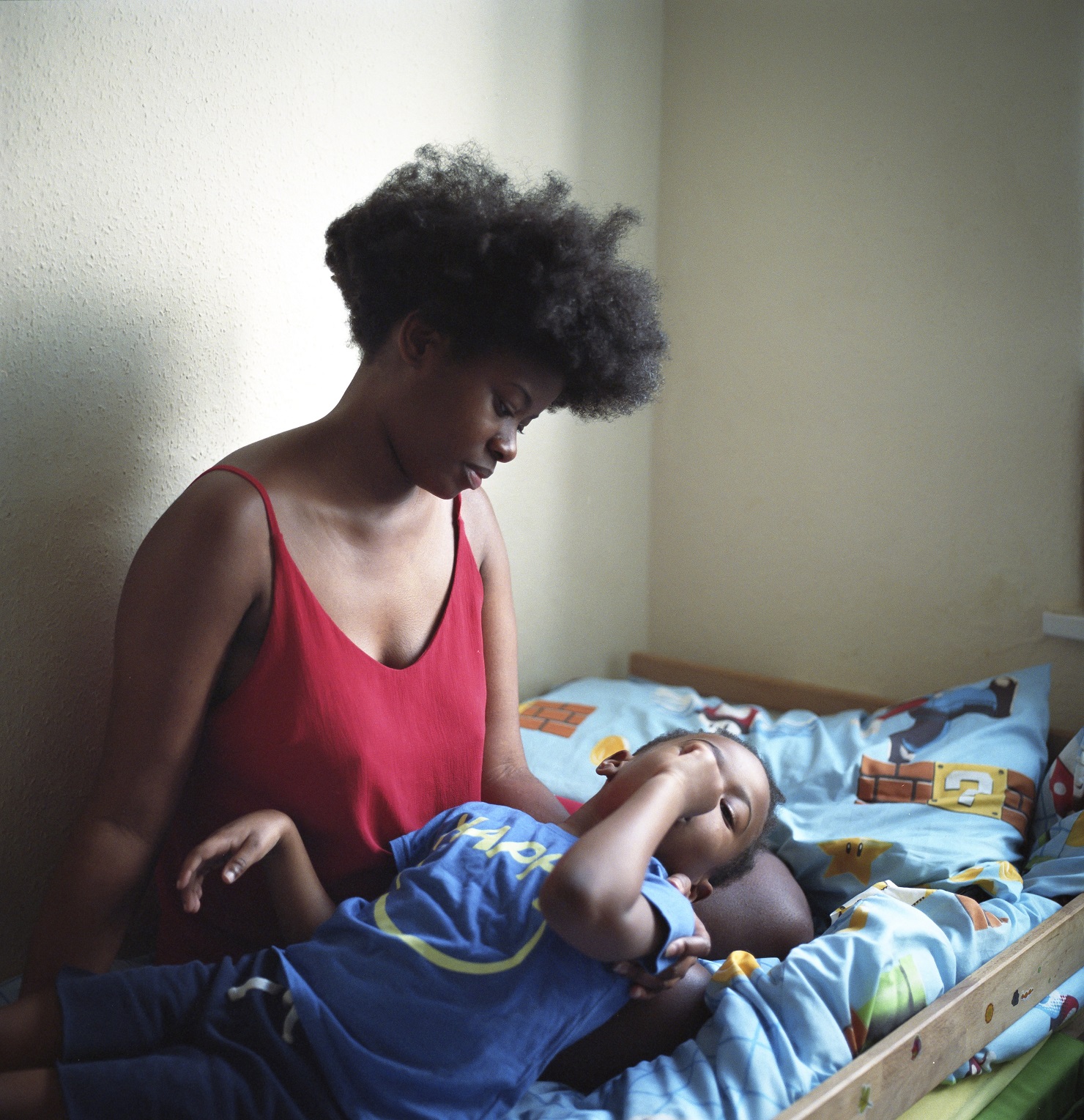 Q. What have been your main political and artistic influences?

I've not really thought about political influences before. If I'm influenced by politics it comes through in the issues my work has focused on: austerity, deindustrialisation, housing. Grassroots campaigns inspire me more than politicians, people like Focus E15 and The United Voice of the World union. Artistically, as a documentary maker, my work is influenced by Patrick Keiller, Michael Grigsby and Julien Temple.

Q. What was the background to your move to documentary photography, and this book?

I was in touch with Alison Shaw from Policy Press via Twitter and she mentioned that she'd be interested if I ever had an idea for a book, so I pitched the concept behind Invisible Britain, which is essentially a book of stories and portraits from people who we don't often hear from directly in the arts and media. I then met Laura Dicken, who curated and project managed the book, and we set about finding photographers and people who were up for sharing their stories. I didn't take any photos for the book, as I'm not at that standard yet.

The ethos behind the book was to amplify unheard voices and provide a means for people to speak in their own words about a specific issue or something that had impacted on their life. Direct testimony, with only minimal editing for length. Everyone got to approve the text before it was published. I enjoyed the challenge of working with the photographers – to capture someone's character or an element of their story or personality in a single image shows incredible artistry. 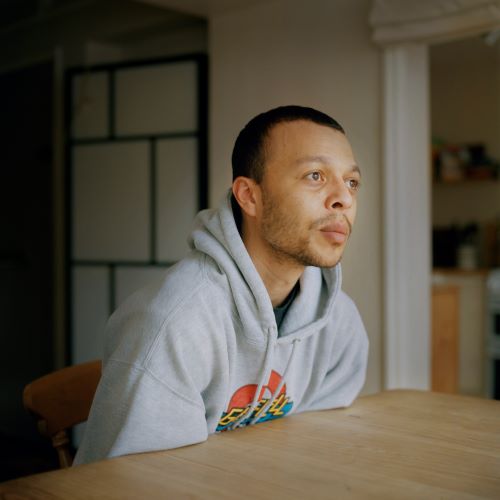 Q. The book seems to be a good example itself of cultural democracy. Many of the photographers are relative newcomers; the focus is on ordinary working-class subjects and their lives; there is a clear egalitarian ethos in the portraits; and the images and text together represent a clear protest against capitalist economics and a longing for a fairer society. What are your views on class, politics and culture generally, particularly in the visual arts?

I think the arts has become too middle-class, and too nepotistic. I see so many examples of people who have very little ability, but very good connections. There's not enough inclusion, and that's across both social class and ethnic background. A lot of organisations have diversity quotas, but I think there's a danger that it becomes a box-ticking exercise.

The book is intended to be the first step towards setting up an Invisible Britain platform that will work with underrepresented individuals and communities to amplify their voices and help enable them to tell their stories in the arts and media. We would also run creative workshops in various areas of filmmaking and a training and mentorship scheme, as well as offering paid work placements on film and television productions. It's in very early development, but I'm hopeful we can do something to make the arts and media more inclusive of people whose voices aren't heard often enough.

Q. What would be your advice to an incoming Labour government on its priorities to address the issues raised by this book and your work generally? What would a socialist culture policy look like?

I think the priority for any new government should be much greater investment in areas of the UK that don't have any facilities for the arts. More funding for libraries should also be a priority. Labour councils in London are closing libraries by the dozen, which is terrible. More funding for the BFI to build more regional hubs in rural and remote areas. State funding for arts and culture has shrunk over the past decade, and entry to these industries is becoming more and more off limits to working class people. I'd like to see more paid scholarships for exceptional students from disadvantaged backgrounds of all ages to study creative arts courses. There also needs to be greater scrutiny of how and where the funding is spent, to prevent nepotism.