Top of Google it's a wine bar, a game,
a make-up range. I recall science lessons ‒
to rotate, twirl, circuit, cycle, orbit.
It's the Earth spinning around the sun.
On the screen the little circle rolls
over the Thatcher era and a miners' revolt.

It's an instance of sudden change
industrial, technological. Political theorists
say in terms of evolution a 'revolution'
can only happen when a government is weak.
It's a rebellion that forces change ‒ as the little circle
I have no name for rolls around again.

Restoration Tragedy, the great new album by Attila the Stockbroker’s band, Barnstormer 1649, centres on the events of the 17th century English Revolution. This was a pivotal point in our history, part of our transition from a feudal to a capitalist state. Parliament challenged the despotic rule of King Charles I, civil war broke out between Parliamentarians ('Roundheads') and Royalists, King Charles was executed for high treason in 1649 and a republic, the 'Commonwealth', was established under Oliver Cromwell.

In the words of the famous ballad of the time, ‘the world turned upside down’. Visionary thinkers fought for radical political reform and articulated ideas of social justice and equality. Later, they turned against Cromwell: disillusionment set in as he reinforced the power of property and the landed gentry, and the lot of the common people failed to improve.

Attilla was moved to write the album through a combination of his love of local history and of early music. He says: “I have always loved early music and have taught myself to play many ancient instruments. For the last 30 years or so I have had an ambition to record a whole album combining early music and punk in the same kind of way that the Pogues combined Irish music and punk.”

Wellingborough and Wigan (Live at Rebellion 2018)

Barnstormer’s songs are about the radicals, dissenters and early communists who flourished in this period: Gerard Winstanley’s Diggers, the Levellers, the Ranters and their larger-than-life leader Abiezer Coppe, and their confrontations with Cromwell’s grandees and squires:

'The king had been beheaded, the world turned upside down/Winstanley and the Diggers cried 'the poor shall wear the Crown!''

They reflect on the contribution to the anti-Royalist and radical cause made by some of the key historical figures from this period: Thomas Pride, Thomas Harrison and Thomas Rainsborough. There’s a fine song about the narrow escape of Charles II after the Battle of Worcester in 1651, in a coal brig from Shoreham Port, close to Attila’s home, and the later betrayal of the Commonwealth and the restoration of the monarchy in the shape of Charles II in 1660:

As you would expect from someone of Attila’s political convictions, he also draws an important parallel between 1649 and today’s ‘distressed and divided nation’, reflecting in The Man with the Beard, on the power of Jeremy Corbyn’s political vision as well as the risks of the emergence of a personality cult.

The album closes with a lovely tribute to his wife Robina.

Attila describes the Barnstormer sound as ‘Roundhead Renaissancecore and Baroque ‘n’ Roll’. The music combines the energy of punk with the window on the past represented by early music,  and is brought to life with a selection of historical instruments from the period. It’s a fine album and a timely reminder of the importance of understanding our history, the inspiration we can draw from our radical past, and the need to keep fighting for social justice and equality.

Oh, and the importance of drinking beer, having fun and raising a ballyhoo! 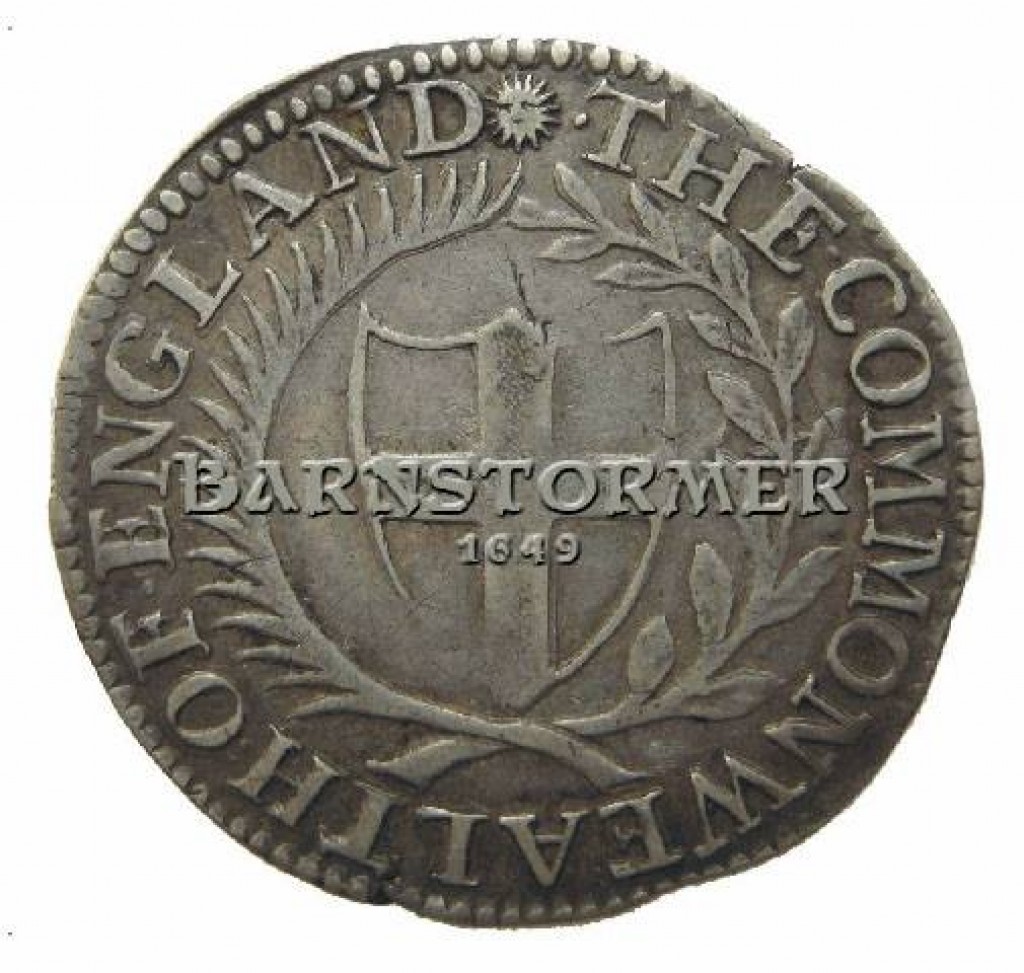 Image based on the first 'headless' coinage minted under the Commonwealth after the execution of Charles I.

To buy a copy of Restoration Tragedy and find out about Barnstormer 1649’s upcoming gigs go to: www.attilathestockbroker.com

TV, internet and other media