Dennis Broe reviews The Battle at Lake Changjin, the second highest grossing film of 2021. Image above: Jacky Wu as rough and ready commander of the Revolution’s 7th Company

As House Speaker Nancy Pelosi readies an announcement of a state visit to Taiwan that is most likely to stoke calls for Taiwanese independence, China continues to warn the U.S. about upping its level of aggression in a land that both the U.S. and China have affirmed for almost half a century is a part of China.

The U.S. media has been waging a non-stop ideological war against China, with the New York Times including an almost daily obligatory negative story on some aspect of Chinese policy. Likewise, The Financial Times, in a recent review of two books on Hong Kong with invective from both the books and the reviewer, described the Chinese leader Xi Jinping as “ruthless” and Chinese leaders in general as promoting “totalitarian vandalism,” as being living fossils of Leninism as well as “rich, mighty…cruel and corrupt.” The review ended with a final assessment of the leaders of the world’s second largest economy as “thugs.”

Meanwhile Margaret Thatcher, who almost singlehandedly defeated the British working class, is viewed as “refreshingly libertarian.”  The western capitalist corporate media cannot stop chiding China for its “draconian” Covid lockdown policy, which is partly a prod on the part of Western leaders to push China back to full production of the cheap goods needed in the West to assuage populations which, with both a recession and rising inflation, otherwise cannot afford them. 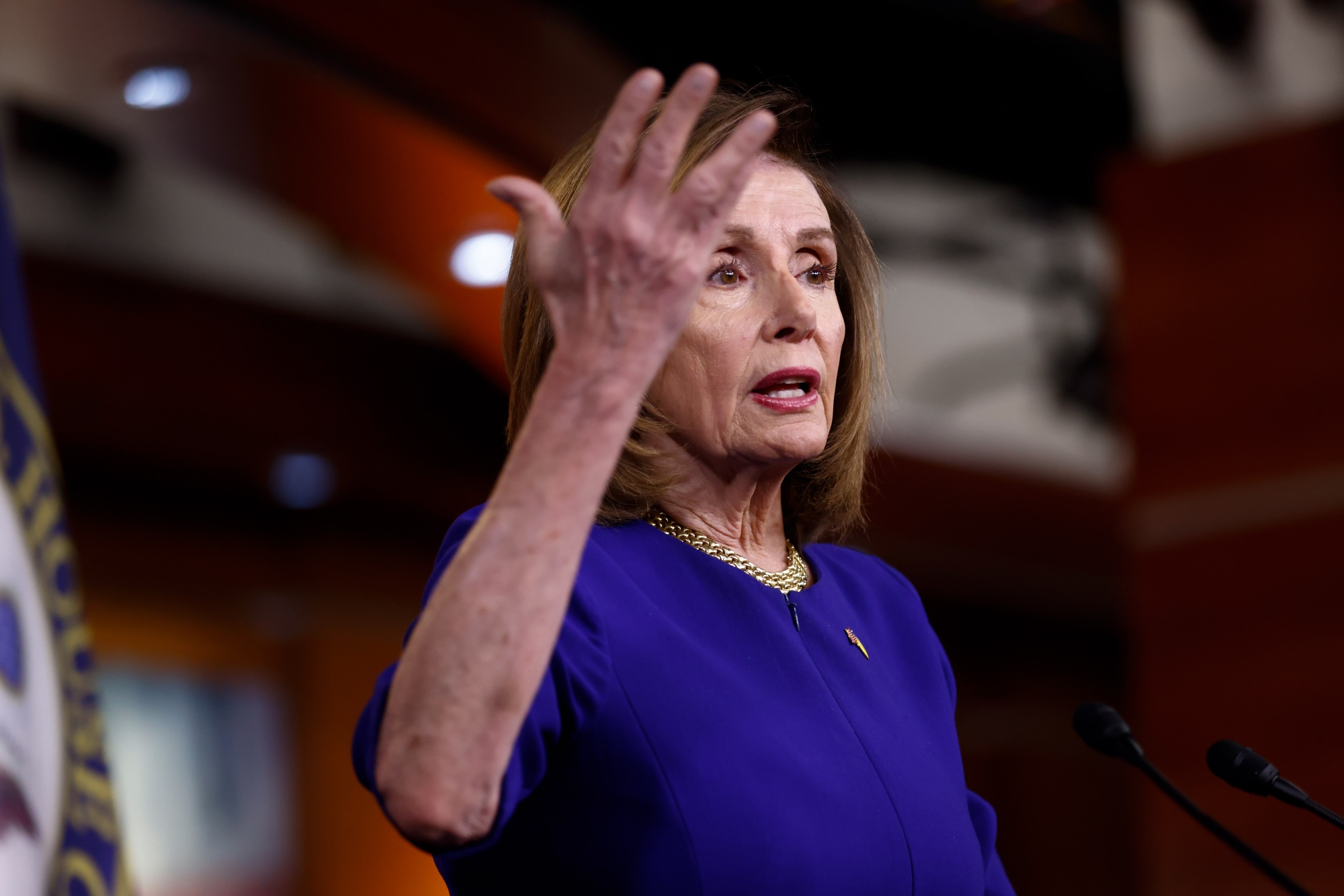 The media are also keen to keep Western audiences from making a comparison between the “authoritarian” Chinese system and the “democratic” system in its handling of the pandemic. In June 2022, the U.S. attained the horrendous peak of over 1 million deaths, the most in the world, or 3,042 deaths per million, with its allies in Europe not doing much better at 2,434 deaths per million. China meanwhile for the same period registered 5,226 total deaths or 3.7 deaths per million, sharply contesting the old Orientalist adage that “people in those countries don’t value human lives.” Had the U.S. followed China’s “draconian” methods, it would have had 1,307 deaths instead of over 1 million. China’s policy was also better for business because in the Covid lockdown the Chinese economy continued to grow but at a slower rate, while the U.S. economy contracted.

The Chinese though are asserting and defending themselves. Nowhere more prominently perhaps than in the cinema where last year’s box office bonanza The Battle at Lake Changjin, available on Apple TV and soon on Netflix, about Chinese entry into the Korean War for the purpose, according to the film, of defending the successful revolution from American aggression. Lake Changjin was not only the highest grossing film in Chinese history, with a sequel already released this year, but also was last year’s second highest grossing film in the world at $913 million, and that included Hollywood releases.

Chinese audiences flocked to see the film, which is one of the most expensive ever made with a budget of over $200 million. It was commissioned by the Chinese Communist Party and released on National Day, which celebrates the birth of the People’s Republic in 1949. A triumvirate of Chinese auteurs, Chen Kaige, Dante Lam and Tsui Hark whose Taking of Tiger Mountain was a momentous World War II epic, directed the film, which stars Jacky Wu, the lead in two previous action blockbusters, 2015’s Wolf Warrior and 2017’s Wolf Warrior 2.

The differences in the villains in Lake Changjin and Wolf Warrior are instructive in understanding the difference China has travelled in its response to the concerted bellicose intentions of Joe Biden’s neo-con foreign service. The Wolf Warrior battles and bests a rogue ex-NAVY Seal in the former, while the might of the Chinese army faces and routs the superior technology of the U.S. forces in Korea in the latter.

Wu Qianli (Jacky Wu) returns in 1950 from the Chinese Civil War as an honoured commander of the People’s Liberation Army’s rough and rowdy 7th Company. He has been promised a piece of land which he intends to cultivate to take care of his parents. But he and the 7th Company are quickly called back into battle as the Americans are threatening to cross the Yalu River, the border between Korea and China and bring the war to China. The American commander Douglas MacArthur, one of the villains of the piece, is shown at his most aggressive and bellicose, wanting to invade China and crush the revolution.

Wu Qianli and his rebellious younger brother who joins the unit face multiple challenges in battling the superior American air and armoured tank force. From the air, the American bombers, gleeful about raining death and destruction, strike and decimate the train transporting the company and they then have to wade through the mountains in snow and ice to reach the battlefield.

The film demonstrates on the battlefield what Giovanni Arrighi in Adam Smith in Beijing describes as the “industrious” quality of the overwhelming might of the Chinese population versus the “industrial” might of Western technology. The men of the 7th Company play dead in order to avoid American strafing from the air. Later, in a battle against enemy tanks, one of the company stalwarts sacrifices himself to drive a jeep with a marker for the American bomber pilots behind an American retreating column so the pilots mistake the column for the enemy and bomb it. 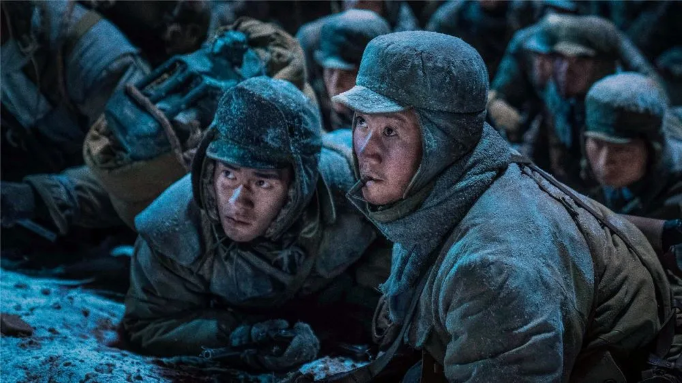 The 7th Company out in the cold

The relative poverty of the Chinese economy in 1950 is stressed as at Thanksgiving the Americans share turkey and stuffing while the Chinese in the mountains above them pass around potatoes, which they divide into quarters in order that they all may eat. Nevertheless, the film shows the Chinese victorious and features an extended scene with the American soldiers in retreat.

Lake Changjin, in its presentation of the colorful characters of the 7th, utilizes many of the tropes of the American World War II Platoon Film (Battleground, Bataan), including stressing the democratic nature of the people’s army. Unlike subsequent American films, where the enemy is often either faceless or vicious, the American soldiers in several scenes are humanized, shown equally as nervous as the Chinese about preparing for battle. It is their leaders, pushing them to fight in a far-off war, who are the problem in the film and not them. 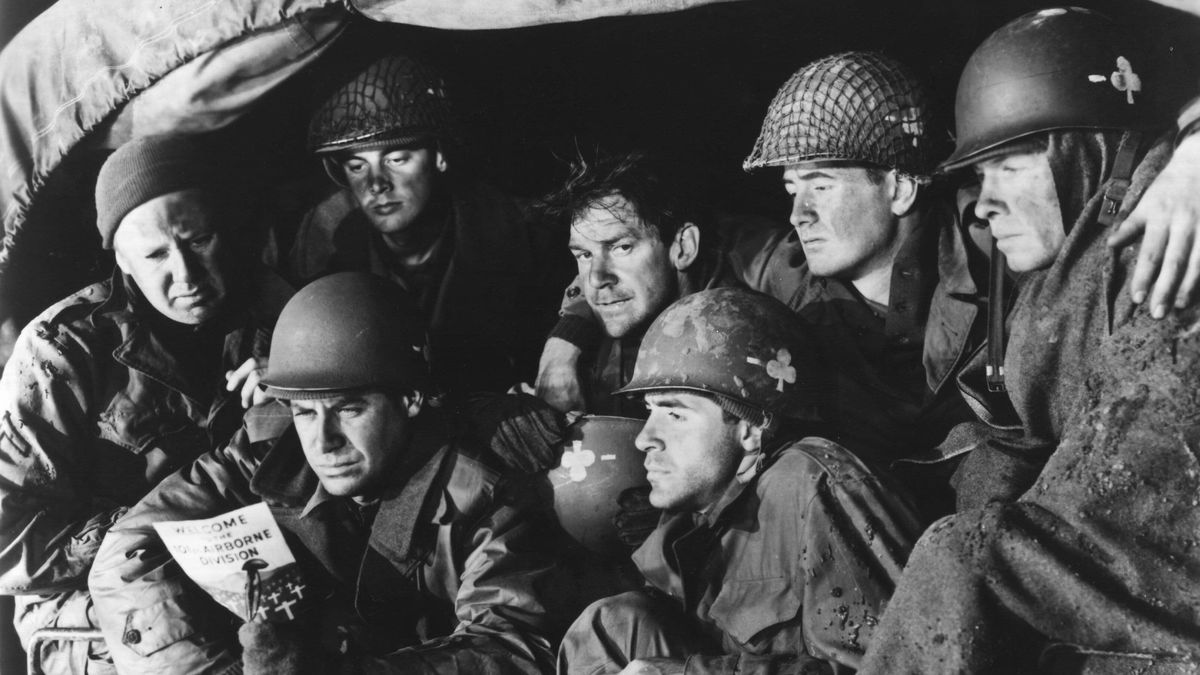 Nevertheless, the film does make several relevant points clear which ought to, but probably won’t, function as a caution to current U.S. policy makers.

The first is that the Chinese will fight to the last man and woman to defend their country and to defend the revolution. Wu Qianli and his cohorts' call to battle is that this is “The War to End Aggression and to Aid Korea.” The film sees the designs of the Americans in approaching the Yalu River as part of a plan to crush the Revolution and the men talk about fighting this war so that future generations won’t have to fight. Indeed, the Chinese intervention in Korea secured, at least for China, over 70 years of peace and the ability to develop its economy.

As such, the Korean intervention, as viewed by the film, may be seen as akin to the Civil War after the Russian Revolution where Lenin, his party and the Russian people had to battle the combined force of European and U.S. Western capitalist states, all bent on crushing their revolution – in Churchill’s famous phrase “strangling Bolshevism at its birth.”

The second point is that there is a new, renewed and more vigorous interest in China today in the origins of the People’s Republic. Mao, a creature of total disdain in the Western media, appears in the film as a reasonable figure who does not want to go to war after the years of the Civil War, but recognizes that it is necessary and allows his son to join the fighting. There is particularly a renewed interest by Chinese youth in Mao and Marxism that is similar to how for U.S. youth, who are watching their future and the future of the planet deteriorate under capitalist war and income disparity, the word “socialism” can now be spoken.

Meanwhile Anthony Blinken, Jake Sullivan, Victoria Nuland and the rest of Biden’s neo-cons promote aggressive rhetoric which would make the two Bush administrations blush. American “democracy” descends into the leader of one party flirting with announcing his candidacy for President to avoid being arrested, and the might of the other party using the legislative apparatus to label their rival candidate criminal because they have fulfilled none of their promises and thus cannot beat him any other way. It thus does not appear to the world that American “democracy” is a shining beacon against Chinese “authoritarianism.”

The lesson of Lake Changjin, which enjoyed such widespread support within China that the film set the world record for domestic box office, is that a fading empire had better think twice about continuing on its hell-bent path to a war that may only result in another American retreat.