There is a contemporary wave of union organising and militancy in the digital and service industries in reaction to crippling inflation. Price rises are double that of any rise in wages, there is a loss of participation in workplace decisions combined with increased algorithmic control where even bathroom breaks are monitored, and overscheduling and underpayment for increased workloads.

Union elections have been won at Amazon, where even a past defeat has been successfully challenged as the union Phoenix rises from the ashes, and also at Starbucks and now at Apple, as well as pushback from drivers at Uber and Lyft. In Britain, the railway workers’ strike, aided by its articulate and media savvy leader Mick Lynch, is supported by the majority of the population, despite the fact that the Labour Party leader Sir Keir Starmer—he’s royalty—warned Labour members of parliament to “stay away from the picket lines.”

Several factors contribute to making this the best series of the television season. There is the show’s nuanced presentation of both the class and race problems involved in organising the Pullman workers. There is its grasp of the several strands of history of the Jazz Age/Roaring Twenties, ranging from the 1919 Welsh race riots and the outbreak of the Spanish flu to the 1921 destruction of black commerce in Tulsa, all viewed from the perspective of a set-upon black population in Montreal. Finally, the show weaves together four elements of black advancement in both the male service economy of the Pullman porters who its lead character Zeke wants to organise, and the underground gangster economy who his friend Junior works to enter, as well as the female economies of entertainment and the medical and caring professions as Lucy Mae and Marlene, its two lead women, struggle to become singers and doctors.

The series, available in the UK on Sky Go, makes the bitter nostalgia of the BBC’s Sherwood seem tame and tepid in comparison, except for its exposing of Scotland Yard’s infiltration of the 1984 Miners’ Strike. 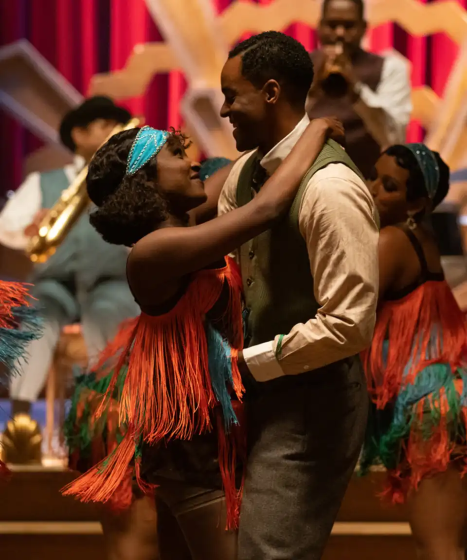 Lucy Mae and Zeke in The Stardust Club

All these struggles centre on wanting to “get out of the box” as Junior puts it, in which these North American and Afro-Caribbean peoples are trapped. The series is set on St. Antoine Street in Montreal (and filmed in Winnipeg) which is made up of the black male Pullman workers who work for double the hours and half the pay of mostly white factory workers, and the glamour of the Stardust Club with its female dancers who also compete with each other for a place on the dancing line. The series is also set in Al Capone’s Chicago, which is the end of the line for the porters.

The show opens with the death of one of the porters because the train company is too cheap to hire enough labour to do the job safely. Not only does the company not pay for the funeral, forcing the victim’s widow to pilfer the money to bury him, but they also demand that the workers pay for the cost of his ruined uniform. Zeke, the most class conscious of the workers, attempts to negotiate with the company president over having more clean shirts for sweating porters, but instead the owner pleads poverty and “grants” the porters “a water pitcher.”

It is this negotiation, as well as a stirring session with the black organiser A. Philip Randolph, that convinces Zeke that the porters, who can never even work up to being conductors since this is a position reserved for white workers, must organize. The actual motto of the porters was “Fight or be slaves,” recognizing that North American wage slavery was not in the end so different from the actual slavery in the American South.

When the white train workers’ strike, Zeke supports them by revealing the company has secretly cached a trainload of strikebreakers, while a shot of the impoverished, mostly black faces of these even more oppressed workers is overlaid with Lucy Mae’s Gospel song “I’ve been redeemed” in a way that also highlights their underclass struggle.

Zeke is eventually undermined by the white workers, who sell out their black brothers for an extra “15 cents a month” and the ability to hold onto their more privileged positions as cooks and conductors. Zeke gives a stirring but unheeded speech about the debilitating quality of this racism for labour organizing. “I shouldn’t have been looking to my left and to my right for someone to blame, I should have been looking up” he argues, allowing that “We are at war, but the porters are not your enemy.” The speech goes unheeded and, at the end of season one, Zeke comes to the realization that the porters must organise their own union, the potential subject of season two, which has now been given the green light.

While Zeke seeks to organise, his companion from the war Junior seeks to break into the illegal economy, as we are reminded that the “Roaring Twenties” when the economy was booming was not a time of plenty for many black workers and their families. Junior’s struggle to move up in the Chicago gangster world, to turn the train into a rolling crap game and numbers racket and to best a white conductor who attempts to cheat him, are given equal time and weight with Zeke’s organising. The struggles of the two are often intercut, as in the end of the opening episode where Junior is beaten by other gangsters for trying to undersell illegal Prohibition whisky, while Zeke is rousted at a union meeting, with the police breaking up the gathering by yelling “Hands up, Bolsheviks.” The series refuses to condemn Junior’s path, seeing instead his and Zeke’s journeys not as opposed but as two legitimate paths to black prosperity.

Junior’s more violent path though is partially explained by his Peaky Blinders-type PTSD flashback to World War I and his rationale that he would be a different person, “if I didn’t spend all that time fighting the white man’s goddammed war.” He is also from the Caribbean with its longer history of black independence and, when he upbraids the conductor trying to muscle in on his action on the train who tells him his father was probably a slave who would have been whipped for “talking to his master that way,” Junior answers, “I’m Jamaican and no white man has ever conquered us.” 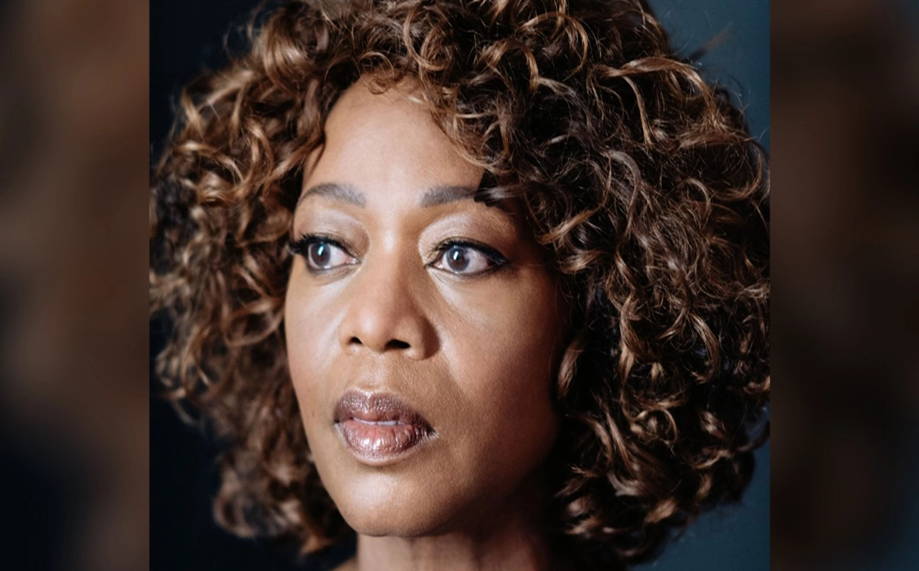 Alfre Woodward as a tragic and ultimately good-hearted madam

The series also concentrates on two female paths to success. Marlene, Junior’s wife, has to refute the dictates of Marcus Garvey who wants to send money raised in North America back to Africa whereas she wants to open a clinic in her neighborhood. She instead lodges her clinic in the basement of a house of prostitution, which features Alfre Woodard in a touching turn as the madam, while ultimately realising her best chance to help is by going to a black college and becoming a doctor, a kind of counter to her husband Junior in proposing the long game to his immediate hustle.

The singer Lucy Mae on the other hand has talent galore, as she choreographs and performs a Josephine Baker number shot in Ziegfeld Follies overhead style, but which the crowd dismisses as obscure “back to Africa stuff.” She then contemplates “passing” with makeup to look less African and in the end proves that she will do anything to get ahead. Her excuse for a betrayal is, “Someone’s always gonna profit off our backs, better me than him” which Zeke corrects as a kind of answer to both Junior and Lucy Mae: “In this community we look after each other.” 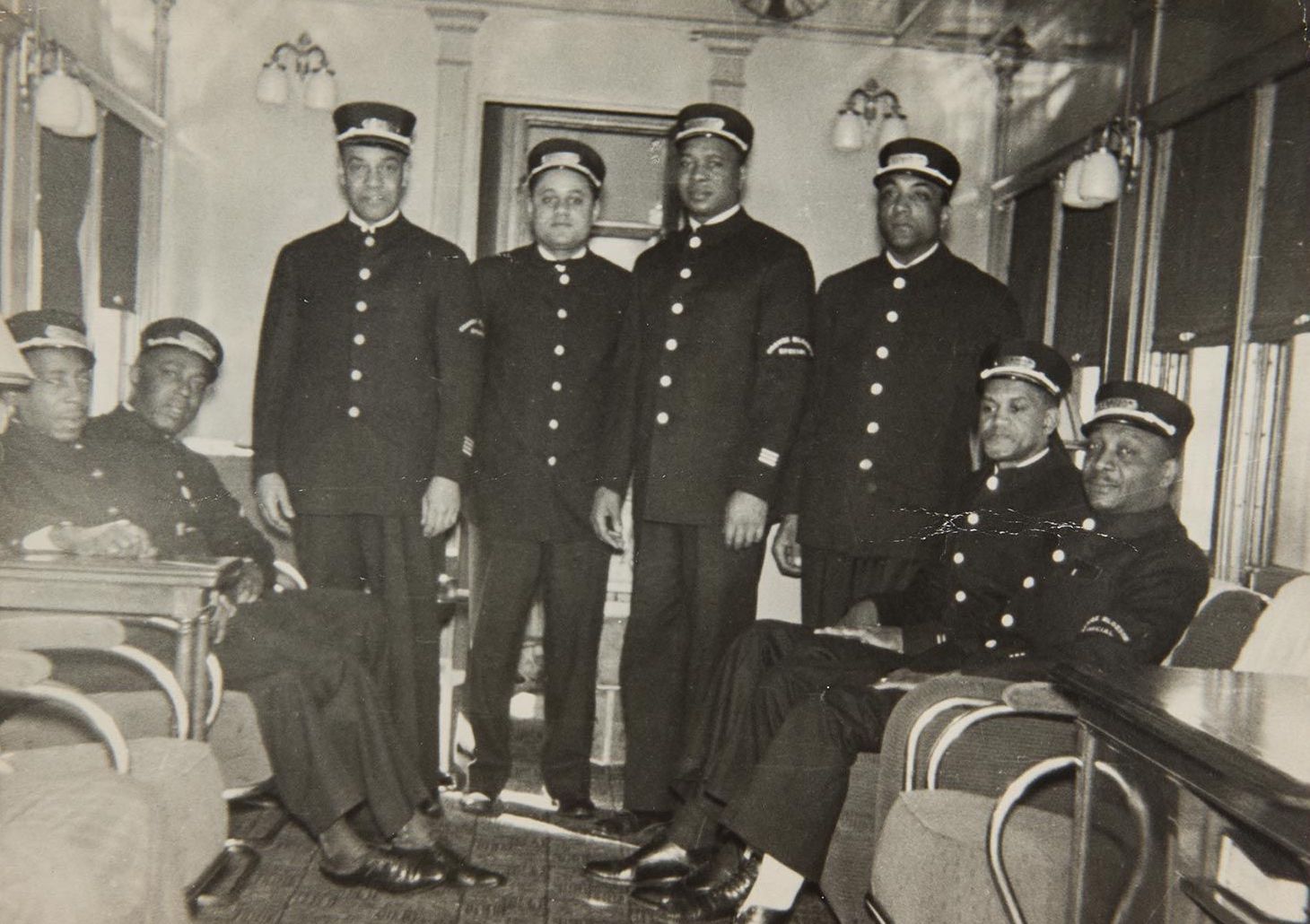 Pullman Porters in the 1920s

Finally, the series has a historical sweep that is truly breathtaking. It is set in 1921 and manages either in the present or through flashbacks to integrate the dominant currents of the era all viewed through its black characters. There are cameos aplenty, with the Socialist black labour leader A. Philip Randolph, who Zeke admires, being accused in the wake of the Russian Revolution of being a traitor and a Bolshevik. There is a Tin Pan Alley musical number Lucy Mae watches in a private home in a performance by Irving Berlin and there is Marlene’s dealing with the chauvinism but also the black pride of Marcus Garvey.

A burly white worker glides by in the back of pickup truck with the sign “Stand by your Klan,” reminding us of the resurgence of the Klan in that moment, in the light of the widespread acceptance of D.W. Griffith’s celebration of the heroic valor of the Klan in the South in Birth of a Nation, a film that was hailed by President Wilson as “like writing history with lightning.”

There is a newspaper headline recounting the devastation of the “Black Wall Street” in Tulsa by white rioters, as well as Zeke and Junior enduring both the Spanish flu epidemic after their stint in the war and the race riots in Wales. Episode five opens with the Canadian prime minister vowing to uphold the values of “white dominance” which resulted in a 1923 act banning Chinese immigration to that country. Equally, Zeke observes a Chinese waitress serving white railroad workers and telling them, “You built the tracks the world runs on. It’s just a shame my people died clearing the way.”

The music also is a compendium of many of the styles circulating in the era: popular jazz in the Stardust club; a reggae soundtrack evoking the Caribbean influence on the block; and the insistent sounds of African drumming signalling a link to the past. Besides Lucy Mae’s Josephine Baker number, the Stardust club also features a rhapsodic blues ballad by blind Willie Johnson, a New Orleans musician known at the time as “The King of Crescent City.”

The Porter is a complex series that with its portrayal of organizing, of multiple black economies, and a dense overlaying of historical traces, points the way beyond the ever more limiting standard series with little or no sense of the actual issues confronting us in the present and with little regard for their origin in the past. The Porter’s workers’ struggle stands in sharp contrast to series like Apple TV+’s mega-honoured Severance which simply whitewashes that company’s exploiting of its workers by posing a false problem of a severing of a work and leisure personality while never raising the issue of how digital companies, like Apple, are erasing leisure in pursuit of perpetual work. A problem that can only be solved by its own workers taking a cue from The Porter’s recounting of past organising into unions.