Brewdog: what is to be done?

The Cut of those Cold, Sharp Stars

breaking free of the shackles of colouBlindness and abstract art

This most bloody and divisive prime minister

Belfast in 1969 and its aftermath: a memoir

Mark Perryman argues that the coronavirus crisis has exposed the commercialisation and corruption of sport; that the current football season should be declared 'null and void'; and that radical change is needed when we emerge from the crisis, involving the revaluation of our public services

When we're not even at the peak of the health crisis caused by the coronavirus, the rush to resume sport has been for the most part unseemly. Speculation as to how this will be done has been badly thought-out. The selfishness, with honourable exceptions, is revealing. At the moment, sport doesn’t seem to have bought into the ‘all in this together’ philosophy that we’re hoping against hope will get us through the crisis.

It’s not often that I agree with Karren Brady, Sun columnist, Tory peer and vice chair of West Ham F.C., but when she argued that the best option for football was to ‘null and void’ the 2019-20 football season, I thought she was at least being honest about the urgency and scale of the situation that football, and all other sports, is facing.

I prefer the term ‘incomplete’ – meaning the season ends now. Forget about any resumption – the league places are frozen in time, no champions, no Champions League places, no relegations, and no promotions. Of course some fans, thinking mainly of themselves and their own club, accused her of naked self-interest, because West Ham currently hover above the drop zone only on goal difference. But the point is that such a cessation for everyone this season will be good for some and bad for others – Liverpool and Leeds especially. That’s the inevitable result of being ‘all in this together.’

As for games played behind closed doors, the great Celtic manager Jock Stein once said ‘football without fans is nothing.’ He was right – it is no accident that football markets itself to advertisers, sponsors, and broadcasters as an inclusive spectacle, as much about what’s going on with those watching the action as those making it.

Coca Cola, one of world football’s principal sponsors, summed this up very well with one of their advertising slogans ‘If transfer fees were paid for fans what would you be worth?’ Of course the value of fans to the game should not be monetised in such a way, but the fact that it is shows that the absolute worth of fandom in the People’s Game cannot be numbered just in pound signs.

Immediate incompletion would have revealed the sheer abnormality of the times we are living through. It would have been a welcome self-sacrifice, as football faced up to its responsibilities. But no, the desire to get back has dominated, fuelled mainly by the huge commercial merry-go-round, driven more than anything else by the deals with subscription-only broadcasters that funds football’s largesse at the upper end. Football, it seems, cannot be allowed to stop for any longer than can be avoided.

Incompletion would need to be Europe-wide, incomplete seasons would mean no Champions League, this season, and none next either. An eighteen month break: is that really too much of a sacrifice to ask? Yes, apparently as UEFA and the clubs scramble to find a way to keep their money-spinning show on the road.

And the international game isn’t much better. In a rushed decision Euro 2020 becomes Euro 2021, and the awkward fact that this was the year designated for the Women’s Euros has been solved by bumping that into the following year.

What does this produce? A massive set of fixture pile-ups, across the globe. The world sporting calendar is delicately balanced between providing a summer of sport to look forward to and forgetting that sometimes – even with sport – less is more. The women’s Euros in 2022 means England hosting both these and the Commonwealth Games at the same time. Madness! Both will lose out big time.

There’s also another reason why 2021 should be free of tournaments in the summer for the men’s game. And that is, to give the players  and the fans time off to look forward to the World Cup in 2022. 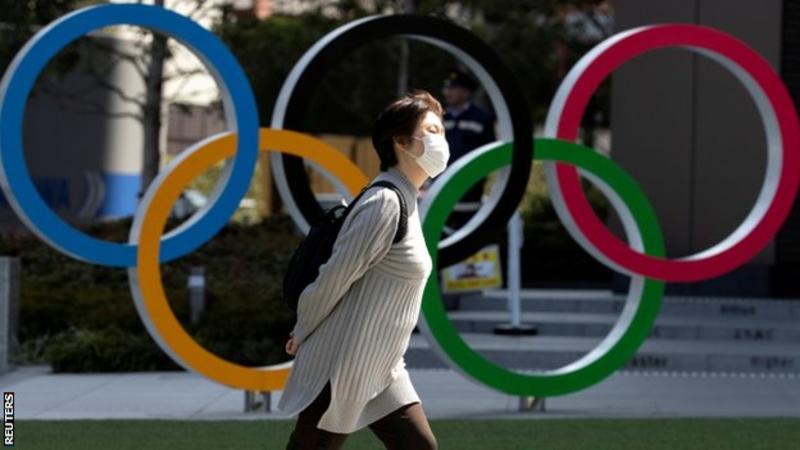 And this fixture pile-up when the crisis is over isn’t restricted to football either.  Another rushed decision had been made to move the 2020 Tokyo Olympics to 2021. This means all manner of  world and continental championships for many Olympic sports being postponed to the following year, where they will then clash with other events planned for 2022.

The solution is to null and void the lot. Tokyo 2020 becomes Tokyo 2024, Euro 2020 becomes Euro 2024, the existing hosts move along to the next time. After all,  a 4-year extension is not long given the current global crisis, while providing the time for the event organisation to recover.

That recovery, to be worthwhile, must involve radical change for the most well-paying sports. It is obscene for football clubs to be laying off non-playing staff in order to claim state aid, when the average wage of a Premiership footballer is £60,000 a week. It is outrageous for owners, chairmen and directors to be taking wealth out of their clubs when clubs lower down the leagues, non-league clubs, and the recreational game are all facing extinction. When the wealth at the top end is so huge, the cost of self-sacrifice and solidarity borders on the negligible – but so far has proved too much for too many. 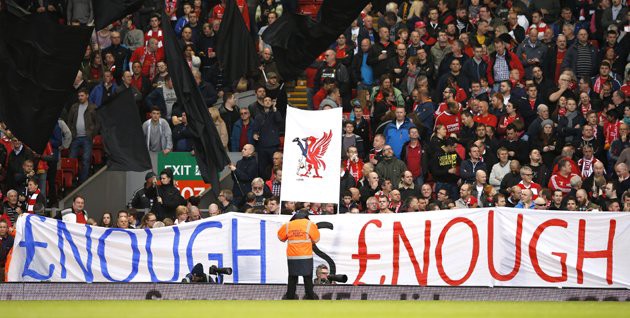 The very welcome exceptions to this sorry tale are to be applauded, such as executive boxes and boardrooms given over for temporary conversion by hospitals, and clubs and players keeping the foodbanks going that depend on matchday collections.

There is, of course, a community around every club that amounts to more than just gate receipts and replica shirts sold. Maybe this crisis will force a greater recognition of this – that the Fans Supporting Foodbanks stalls outside Anfield, Goodison Park and numerous other grounds, will be recognised as being as much a part of what football is about as anything else.

Sport will take time to recover, and it won’t be the same when it does. Rushing back for ‘business’ reasons won’t help. Sport as a culture will have to rebuild relationships. The hardcore fans’ loyalties won’t have changed, but many of the more casual fans will have discovered that they didn’t miss it as much as they expected to.

And the inevitable financial pressures a huge chunk of the population will face will mean the money previously spent on football is needed for more pressing priorities. For far too long sport has taken the financial loyalty of fans for granted – it would be distinctly risky to assume this can continue.

Something else has happened during the lockdown, what sportswriter Jonathan Liew calls ‘small sport’. There seems to have been a rise in physical activity by people having to stay at home with one outing for exercise – perhaps having a walk, a jog, or a bike ride. Home weights for keeping fit have sold out online, and  Joe Wicks Youtube keep fit lessons for at-home primary schoolchildren have topped 1.5million views per session. This is nothing to do with the failed model of elite sport success spurring participation, because that doesn’t happen.  Rather this is sport as a social movement. ‘Small sport’ may just prove to be a darn sight more useful than ‘big sport’ when finally we emerge from this crisis, and have to rebuild all our cultural activities, including sport.

When we do emerge, plenty of sports – including fans and followers – will want to celebrate. In that moment, let’s remember sport has an extraordinary ability to spark a conversation. It cannot effect social change on its own, but it does get its audience thinking in a way that political parties, protest movements, books and newspaper articles often can’t.

Since the mid 2000’s sport has vigorously embraced the ‘Help for Heroes’ movement. Nobody should begrudge the aid veterans very much deserve, but sport has propagated this otherwise noble cause without thinking about it. As the sportswriter Richard Williams has put it, very sharply:

There is something disquieting about this gradual blending of sporting and military culture, with its underlying assumption that all the spectators at any given event involving an England international team necessarily share the government's view of the rightness of what our forces are doing overseas (as opposed to simply honouring their courage in doing it).

This blending of sport and the military generates an understanding of who our ‘heroes’ are, and in the process all those that aren’t. Yet this crisis has shown that NHS staff, care workers, refuse collectors, shop assistants, cleaners, posties are heroic, providing a public service that our lives depend on.

This demands that financial reward while it isn’t everything is at least a start in providing a recognition of the centrality of these workers to our society. No, Perhaps they don’t the ability to dribble past three defenders, feint one way, send the goalie the wrong way, and put a screamer in the top left corner of the net. But maybe they have something different to contribute – and that deserves our support too.

So when sport resumes, let’s not only celebrate that, but also ensure these public services and their workers aren’t a charity case, and instead are valued, invested in and rewarded financially, as an essential part and parcel of the society that absolutely depends on them. 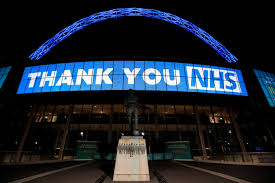 Mark Perryman is a research fellow in sport and leisure culture at the University of Brighton and co-founder of the self-styled ‘sporting outfitters of intellectual distinction’, aka Philosophy Football.