Jenny Farrell writes about Mary and Lizzie Burns. The image above is of Mary Burns

Friedrich Engels, whose 200th birthday falls 28 November 2020, had a very personal connection with Ireland. The moment he set foot in Manchester, in 1843, sent by his father to help run the family textile factory, he met the then 20-year-old Mary Burns, daughter of an Irish dyer, and herself a worker in the Engels-owned Victoria Mills. In 1845, Mary accompanied Engels to Brussels; by 1846 he refers to her as “my wife” in a letter. In Brussels, they both attended political meetings and met Engels’ friend, the revolutionary German poet Georg Weerth, who had a great interest in Ireland.

Weerth wrote the poem ‘Mary’, one of the few contemporary documents about her:

From Ireland with the tide she came,
She came from Tipperary:
“Oranges, fresh and good for sale”
So cried our lassie Mary.
And Moor and Persian and Brown,
Jews, Gentiles overwrought -
All people of the trading town,
They came and bought, and bought.
…

And with the money that she gained
For juicy, golden mandrines
She hurried home determined
Her face in wrathful lines.
She took the money, safe it kept;
Treasured ‘til January,
To Ireland fast and sure she sent
The money, so did Mary.

‘Tis for my land’s salvation,
I give this to your coffers!
Arise, and whet your weapons.
Stir up the ancient hatreds!
The Rose of England strives to choke
Shamrock of Tipperary
Warm greetings to the best of blokes,
O'Connell, from our Mary.

According to Weerth, Mary was a street fruitseller, not a factory worker, but of course, she could have been both. She was a spirited young Irish patriot, whose family had crossed the Irish Sea to work in the 'satanic mills' of Manchester. As the 24-year-old Engels noted in “The Condition of the Working Class in England” (1845): “The rapid extension of English industry could not have taken place if England had not possessed in the numerous and impoverished population of Ireland a reserve at command.”

The Irish also brought a tradition of struggle. Many got involved in trade unionism and Feargus O’Connor, highly regarded by Marx and Engels for his class understanding, was elected to parliament in 1847, as the first Chartist.

There can be little doubt that Mary Burns was instrumental in introducing Engels to the horrendous conditions of the Manchester proletariat. She knew intimately the conditions of families at work and in their typhus and cholera-stricken shacks.

The situation in proletarian families led Engels much later to note in “The Origins of the Family, Private Property and the State” (1884):

...now that large-scale industry has taken the wife out of the home onto the labour market and into the factory, and made her often the bread-winner of the family, no basis for any kind of male supremacy is left in the proletarian household – except, perhaps, for something of the brutality towards women that has spread since the introduction of monogamy.

Engels understood marriage and family as directly linked to the propertied class system, whereby the accumulation of wealth led to formal marriage, strict monogamy on the part of women, and female subjugation:

…in proportion as wealth increased, it made the man’s position in the family more important than the woman’s, and on the other hand created an impulse to exploit this strengthened position in order to overthrow, in favour of his children, the traditional order of inheritance. This, however, was impossible so long as descent was reckoned according to mother-right. Mother-right, therefore, had to be overthrown, and overthrown it was.

The overthrow of mother-right was the world-historical defeat of the female sex. The man took command in the home also; the woman was degraded and reduced to servitude, she became the slave of his lust and a mere instrument for the production of children.

Engels decided never to marry. He lived first with Mary Burns, and following her early death, with her sister Lydia (Lizzie) as his partners. In order to do so, he effectively led a double life. One, in an official residence as a factory manager, the other, in the suburban cottage he rented under an alias for Mary and Lizzie, his real home.

In 1856, Engels and Mary visited Ireland together. Following this trip, he wrote to Marx, “Ireland may be regarded as England’s first colony” and “I never thought that famine could have such a tangible reality”.

Both Mary and Lizzie were very involved with Irish liberation and supported the Fenian struggle for an independent Ireland. Aged only forty, Mary died suddenly on 8 January 1863. She had been Engels’ partner for twenty years. He was deeply shaken with Marx’s inability to respond compassionately; it nearly broke their friendship. 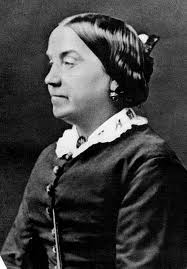 After Mary’s death, Engels and Lizzie (above) moved in together. This is the house where Marx visited a number of times, as did his daughter Eleanor. Eleanor struck up a deep friendship with Lizzie and through her became an Irish patriot. Lizzie was a member of the Fenian Society, and Engels describes her as an “Irish revolutionary”. There are indications that Lizzie joined the First International soon after its foundation in 1864.

In 1867, when two Fenians, Colonel Kelly and Captain Deasy, also veterans of the US Civil War, were captured by Manchester police to be brought to trial, Lizzie became involved in the ultimately unsuccessful plot to rescue them. Paul Lafarge suggests she may even have hidden them briefly. Following their execution, Engels wrote to Marx:

So yesterday morning the Tories … accomplished the final act of separation between England and Ireland. The only thing that the Fenians still lacked were martyrs.

Engels and Marx, while staunch supporters of Irish emancipation, were no devotees of the Fenians. In both the Marx and Engels/Burns households, the women expressed their support of the Fenians by wearing green ribbons with black for mourning.

In September 1869, Lizzie, Engels and the 14-year-old Eleanor Marx spent three weeks in Ireland. Their visit coincided with a revival of the liberation movement, sparked by the demand for an amnesty for the Fenians held in British jails. Tens of thousands of people were out on the streets of Dublin and Limerick. Lizzie and Eleanor “came back even hiberniores than they had been before they left”. Engels formed a plan to write a comprehensive study of Ireland and began researching its history.

Lizzie and Engels moved to London 122 Regent's Park Road, Primrose Hill, in September 1870, just ten minutes’ walk from Marx. This house became a centre for the Socialist movement. Lizzie had been unwell for quite some time and died 12 September 1878. A measure of Engels’ love may be seen in his marrying Lizzie on the night of her death, to put her at ease. On her death certificate, her occupation is given as former cotton spinner. In a letter, Engels writes to Julie Bebel:

She was of genuine Irish proletarian stock and her passionate, innate feeling for her class was of far greater importance to me and stood me in better stead at all critical moments to a greater extent than all the pseudo-intellectual and clever-clever ‘finely educated’ and ‘delicate’ bourgeois daughters could have done.

Jenny Farrell was born in Berlin, and works as a lecturer in Galway Mayo Institute of Technology. She is the author of Revolutionary Romanticism - Examining the Odes of John Keats, Nuascéalta, 2017, and editor of Children of the Nation, An Anthology of Working People's Poetry from Contemporary Ireland, Culture Matters. 2019.